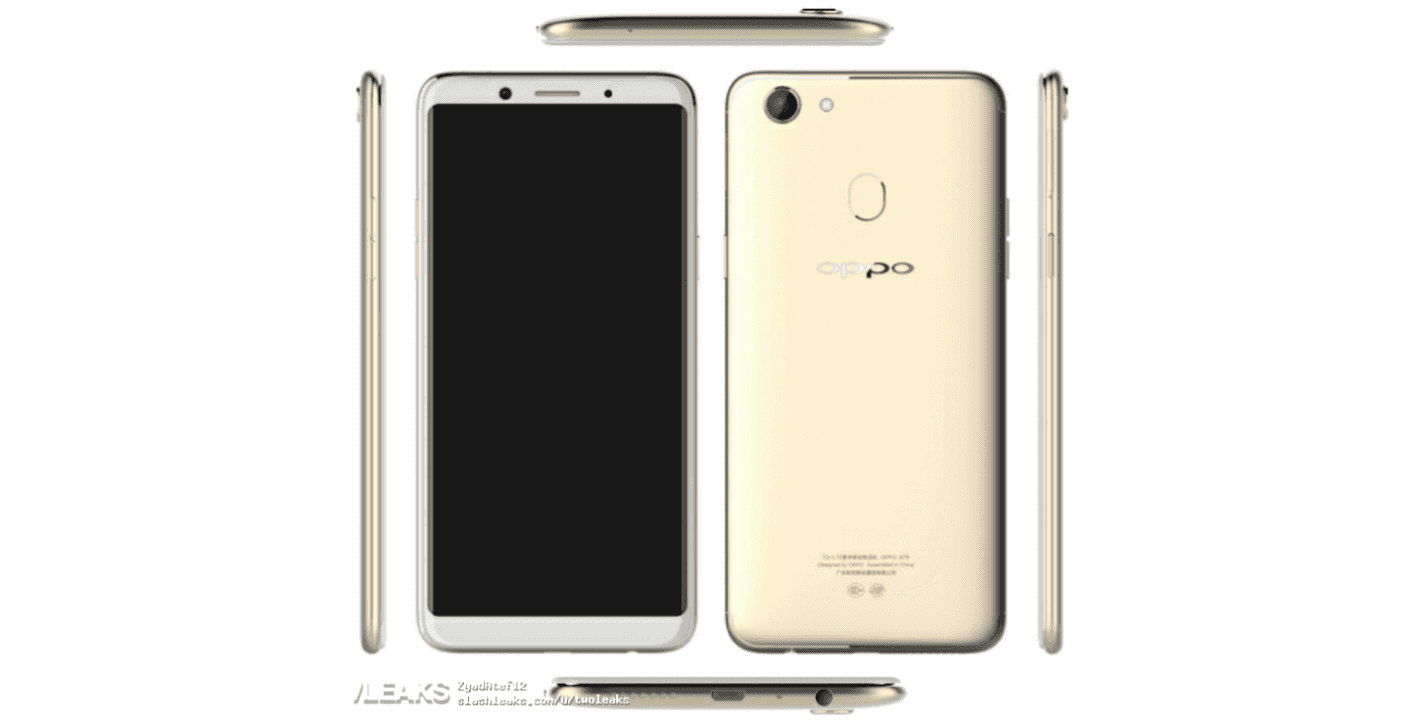 A new press render allegedly showing the upcoming OPPO A79 has leaked online, along with some core specifications for the smartphone. The OPPO A79 has also been spotted earlier this month at TENAA, the Chinese equivalent of the FCC, which also listed some specifications. The new leak falls in line with the previous TENAA listing, both in terms of images showing the smartphone’s design and in terms of specifications. OPPO started going for an all-screen design with its OPPO F5 and seems to be following that trend for other smartphones as well, including the upcoming OPPO A79 that will reportedly make its debut later this month.

Similarly to the sleek OPPO F5, the purported OPPO A79 shown in the newly-leaked images features an edge-to-edge display with nearly no side bezels and slim bezels at the top and bottom of the display, allowing for a high screen-to-body ratio. Just like the OPPO F5, the OPPO A79 has no physical home button. The power button seems to be located on the right side of the device, while the volume rocker appears to be on the left. There’s a single camera with LED flash on the back, a fingerprint scanner centered below it, and the company’s logo below that.

When it comes to hardware specifications, the OPPO A79 will reportedly sport a 6.01-inch display with a full HD+ resolution of 2,160 x 1,080 pixels, a MediaTek MT6763T chipset, 4GB of RAM, and 64GB of native storage space, with no mention yet of whether it will be expandable or not. The smartphone will further feature a 16-megapixel rear camera, a 16-megapixel selfie cam, a 2,900 mAh battery, and Android 7.1.1 Nougat on board out of the box. The OPPO A79 will reportedly measure 157.3 x 76 x 7.2mm and weigh 140g, so it might be challenging to operate one-handedly. In terms of pricing, the OPPO A79 is rumored to launch in China at approximately 2,399 yuan, which would translate to roughly $361. Rumor has it that the OPPO A79 will become available on November 30, but OPPO has yet to offer any official information about the launch, pricing, or availability. The aforementioned specs are also based on leaks and rumors, so the final product might differ. If the launch is indeed just around the corner, all official details should become available soon enough.