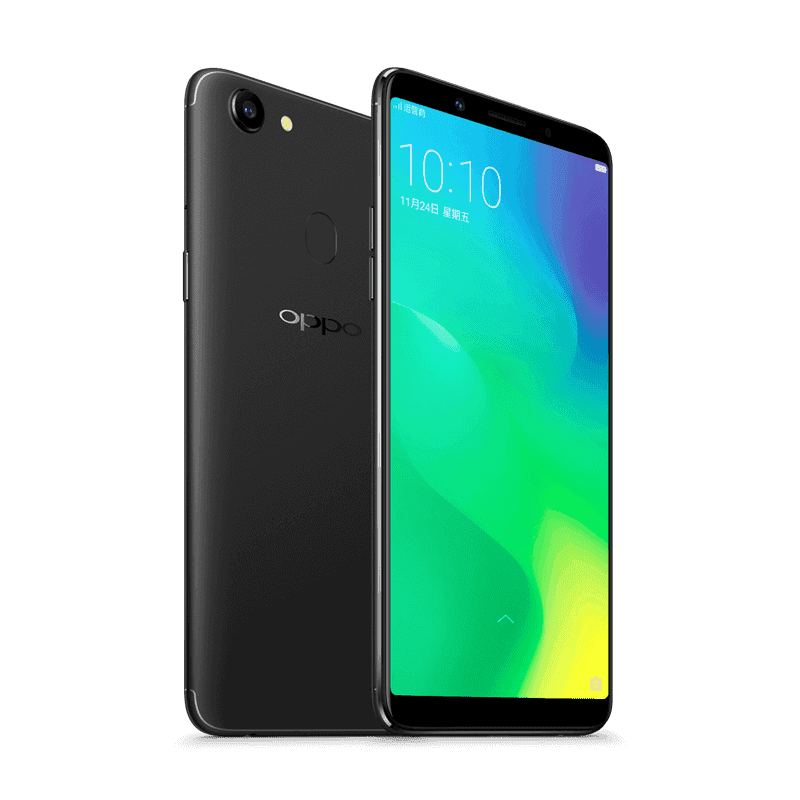 OPPO has announced a new smartphone in China, the OPPO A79. That being said, this smartphone looks like the OPPO R11s and OnePlus 5T, but without a dual camera setup on the back. The device sports really thin bezels all around, and a rear-facing fingerprint scanner, while the company's branding can be found on its back side. The phone's display comes with slightly rounded corners, while you will find its power / key button on the right, while its volume up and volume down buttons are placed on the left. This handset is made out of metal, and its single main camera protrudes on the back a bit.

This handset actually got certified by TENAA (China's equivalent to the FCC) quite recently, so we basically knew what to expect in terms of the design and specs. The OPPO A79 is a mid-range smartphone, it sports a 6-inch fullHD (2160 x 1080) FullView AMOLED display, 4GB of RAM and 64GB of expandable storage. The device is fueled by the Helio P23 64-bit octa-core processor, while it sports a 16-megapixel rear-facing camera (f/1.8 aperture, 5P lens). A 16-megapixel snapper (f/2.0 aperture, 5P lens) is included on the front side of the phone, and Android 7.1.1 Nougat comes pre-installed on this smartphone, with OPPO's Color OS 3.2 skin on top of it. A 3,000mAh non-removable battery is also a part of this package, while the phone comes with Bluetooth 4.2 as well. Now, as far as charging is concerned, the OPPO A79 includes OPPO's proprietary VOOC Flash Charge technology, which is rather fast, so charging should not be an issue.

Now, in terms of pricing, the OPPO A79 is priced at 2,399 Yuan ($363) in China, and those of you who live in China, will be able to get it starting on December 1. The phone comes in two color variants, Champagne and Black, while it is already available for pre-order for those of you who are interested, all you have to do is follow the source link down below which will take you to a listing of this handset. OPPO did not mention anything about the OPPO A79's availability outside of China, though chances are it will launch in new markets in the coming months.