OnePlus CEO Pete Lau has shed more light on the price range in which the company's upcoming flagship phone will be introduced. The information comes from Chinese social network Weibo, where Lau was asked by a user whether 4,000 Yuan ($600) would be enough to cover the cost of a brand new OnePlus 5T. The answer was positive and although it doesn't spell out the exact launch price, it does bring the official confirmation that the successor to the OnePlus 5 will be available for no more than $600.

The OnePlus 5T is expected to be launched in two main variants, with each making use of different amounts of RAM and internal flash memory. With that in mind, it's not entirely clear if the variant with 8GB of RAM and 128GB of memory will cost more than 4,000 Yuan ($600) while the 6GB model with 64GB of storage will be available for lower than that, or if both smartphone models will fit in the sub-4,000 Yuan pricing range. In any case, it's likely that there will be price gap of around 500 Yuan ($75) between the two versions of the phone, just like it was the case with the OnePlus 5. Previously, the 6GB variant was spotted on OppoMart carrying a pre-order price of $549 which would fall in line with Lau's comments, though that was just a tentative price and as such, it remains subject to change.

OnePlus's upcoming flagship is expected to feature a full-screen bezel-less display of the AMOLED variety, boasting a 6.0-inch diagonal with a resolution of 2160 x 1080 pixels. Its top bezel should accommodate a 19-megapixel front-facing camera, and behind the panel would reside the Snapdragon 835 chipset from Qualcomm, housing eight Kryo CPU cores clocked at up to 2.45GHz and the Adreno 540 graphics chip. Previously, the OnePlus 5T was spotted in databased of various online benchmarks running Android 7.1.1 Nougat, however, the device could take advantage of Android 8.0 Oreo by the time it hits the market. As to when that might happen, all evidence so far suggests that the flagship will be introduced before the end of this month, with an official launch event seemingly set to take place in New York City. 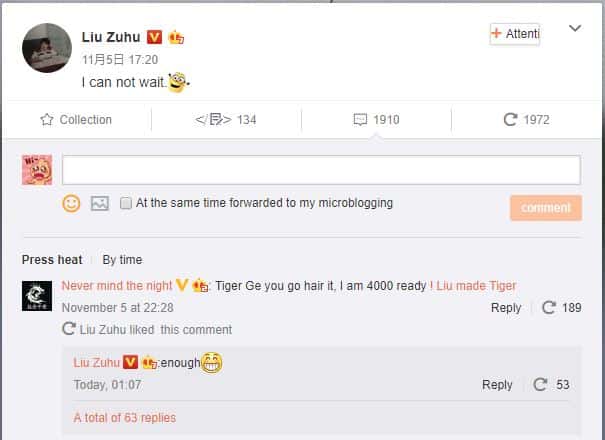