Last year OnePlus altered its release cycle to include a bi-annual release of the same phone with an updated version in the form of the OnePlus 3T. This year OnePlus has continued this approach and today announced its latest smartphone model, the OnePlus 5T, which now replaces the OnePlus 5 from earlier in 2017. As part of the announcement OnePlus has confirmed the OnePlus 5T will come with a starting price of $499 and will be available to buy in select regions starting from November 21, next Tuesday.

As this is essentially an updated version of the OnePlus 5 (opposed to a completely new phone), there are not too many changes to note. However, the biggest change is one which marks the start of a new chapter in OnePlus smartphone design – the inclusion of an all-screen approach to the front panel. Compared to the previous 5 model from OnePlus, the new OnePlus 5T sports an 18:9 aspect ratio which results in a taller and slimmer display overall. As a result of this ratio, the display now accounts for an 80.5-percent screen to body ratio. The two knock-on effects of this change is OnePlus has been able to increase the size of the display to 6.01-inches (without ultimately increasing the size of the device as much) and the resolution has been bumped up from the 1920 x 1080 (or FHD) offered with the previous model to 2160 x 1080 (or FHD+). Another hardware-related change which has manifested as a direct result of the new and more-encompassing display is the re-positioning of the fingerprint sensor, which now resides on the rear of the device. 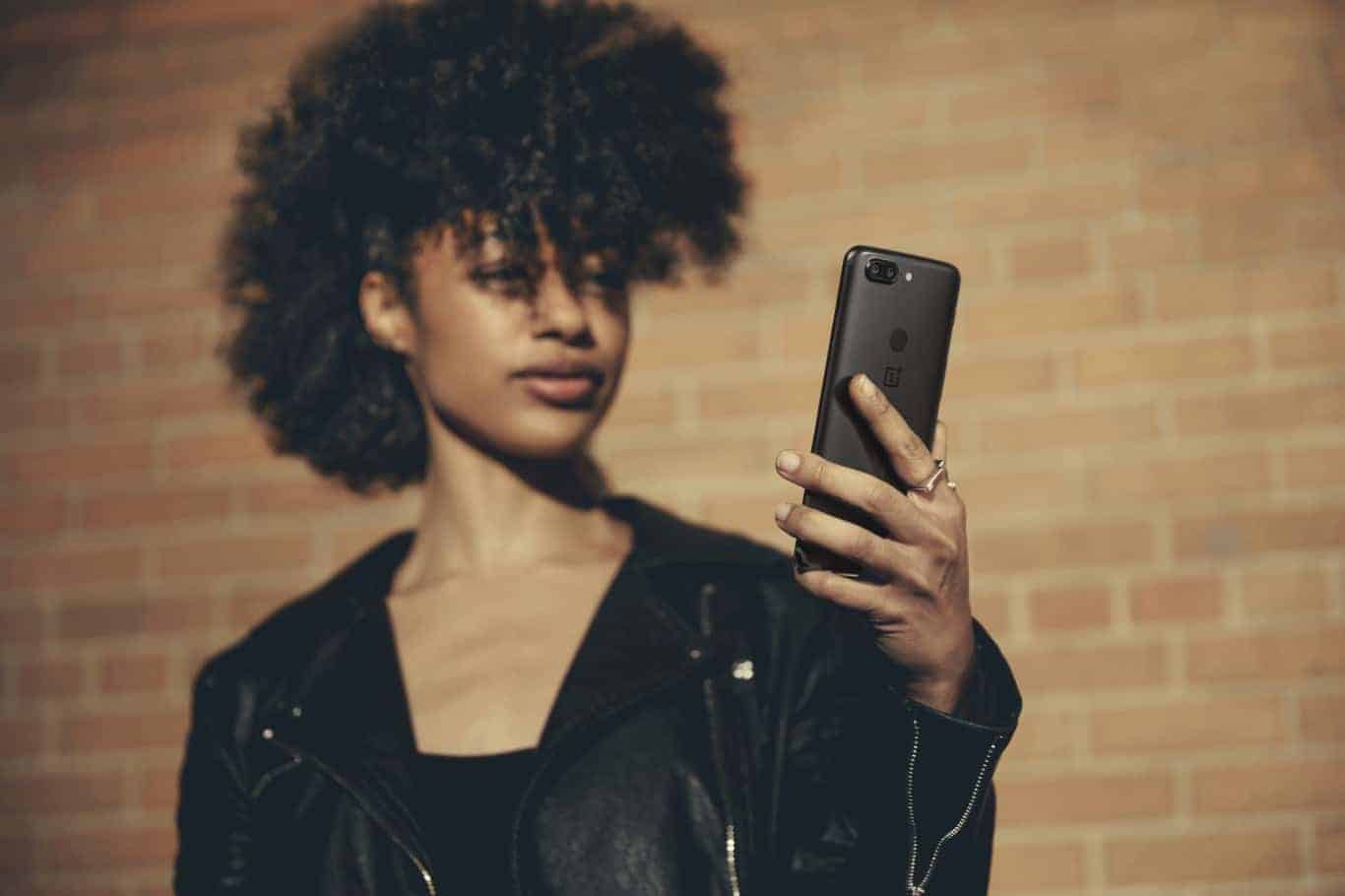 In spite of few changes at the hardware level overall, OnePlus did use today’s announcement to highlight various software improvements included with the OnePlus 5T compared to the OnePlus 5 and most notably in the camera department. These include improvements to the company’s ‘Portrait Mode’ such as better low-light performance and greater noise reduction in general. In fact, OnePlus claims the overall low-light capabilities have been greatly improved upon (not just in Portrait Mode) due to the company having swapped one of the rear cameras for one boasting a larger (compared to the OnePlus 5) f/1.7 aperture. In addition, the quality of images taken when zooming in (something which had been criticized by owners of the previous model) has also been improved due to the OnePlus 5T’s adoption of ‘Clear Zoom’ technology.

Other than the changes to the display, the moving of the fingerprint sensor, and the various camera improvements, the rest of what is on offer with the OnePlus 5T reads identical to the OnePlus 5. Which means the OnePlus 5T will be available in different models RAM and storage models with the baseline version sporting 6GB RAM and 64GB storage, and a more premium version featuring 8GB RAM and 128GB storage. Regardless of which RAM and storage option selected, both come powered by the same Qualcomm Snapdragon 835 SoC, both make use of the company’s own Dash Charge fast charging solution, both sport a 3,300 mAh battery, USB Type-C connectivity, and both will come running on Android 7.1 (Nougat) at launch. Although OnePlus has stated it will begin rolling out an update to Android 8.0 (Oreo) in December as part of a beta program. As mentioned, the OnePlus 5T is due to become available on November 21 (in the US and Europe) and while the baseline model (with 6GB RAM) is priced at $499,  the slightly more premium 8GB RAM variant will come with a slightly more premium price tag attached.