A supposed OnePlus-made device bearing the model number A5010 that's believed to be the OnePlus 5T was spotted in the database of mobile benchmark Geekbench earlier today, being listed as still running Android 7.1.1 Nougat at the time of its testing. Its build of Google's operating system was likely enhanced with the company's OxygenOS, though the listing itself suggests that OnePlus still hasn't managed to conclude the development of its Android 8.0 Oreo-based mobile skin and will instead ship its upcoming flagship with Nougat.

Other specs revealed by Geekbench largely fall in line with previous rumors about the OnePlus 5T, with the spotted device likely being the more premium variant of the handset featuring 8GB of RAM and Qualcomm's Snapdragon 835 SoC whose energy-efficient quad-core cluster is clocked at 1.9GHz. While the maximum operating frequency of the high-performance cluster wasn't revealed by the benchmark, users can expect OnePlus to push its upcoming device to its limits, as it usually does with its Android offerings. Geekbench's test didn't encompass other aspects of the supposed OnePlus 5T, though this particular model is believed to ship with 128GB of internal flash memory. The base variant of the smartphone is expected to sport 6GB of RAM and 64GB of storage space, with neither being likely to feature a microSD card slot. Besides memory configurations, both handsets should be identical, featuring a 6-inch screen with a resolution of 2,160 by 1,080 pixels amounting to an aspect ratio of 18:9. The tall display panel is believed to be coupled with relatively thin bezels, with the OnePlus 5T hence being expected to more or less retain the physical footprint of its predecessor while offering more screen real estate.

The Chinese phone maker recently confirmed that the OnePlus 5T will launch next Thursday, November 16th, with the unveiling being set to take place in New York City. The handset will go on sale in the West on November 21st, with other countries like India being set to receive it by the end of the month. No firm pricing details have yet been provided by the company, though recent reports suggest that the OnePlus 5T should start at under $500, just like its predecessor. 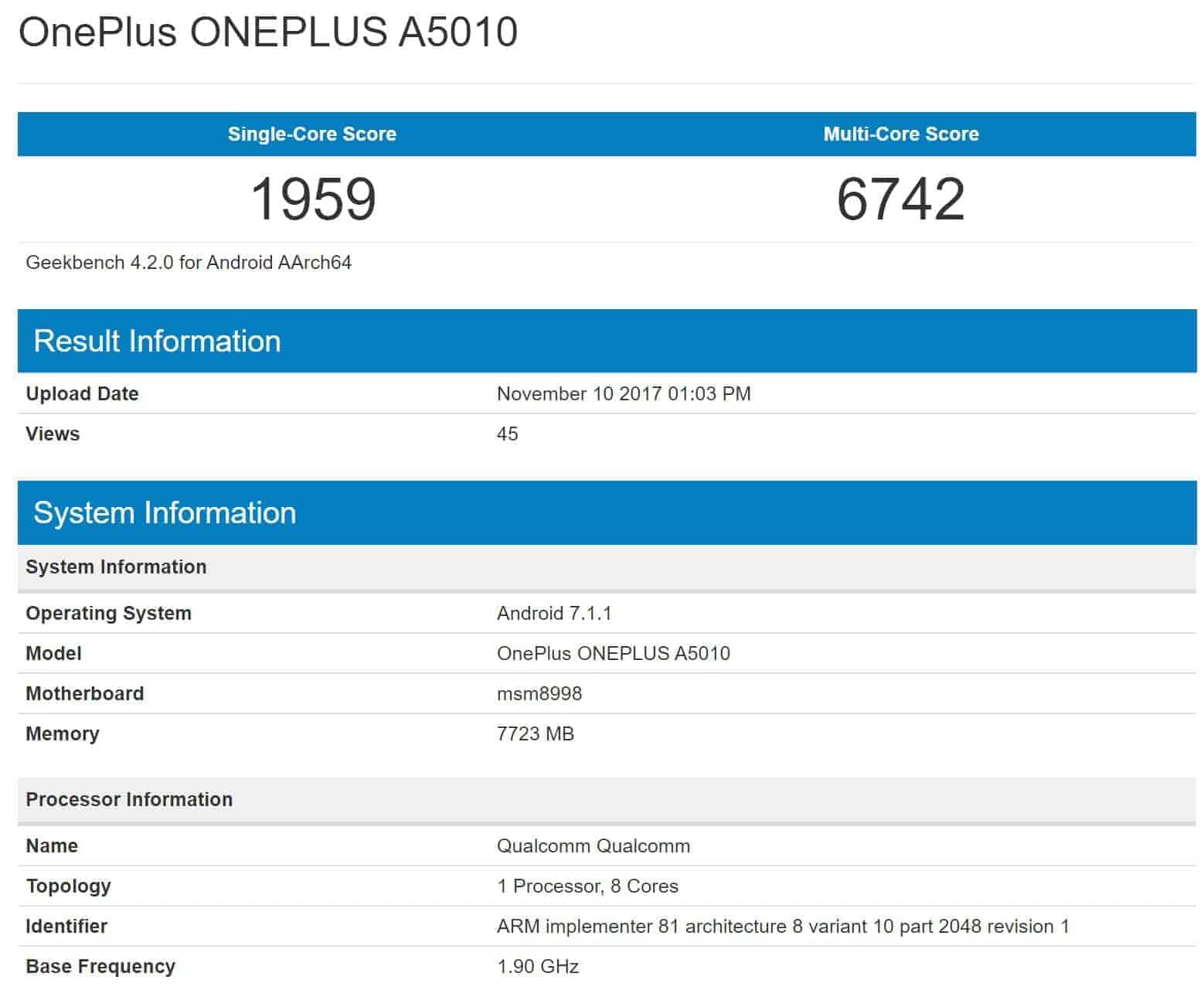