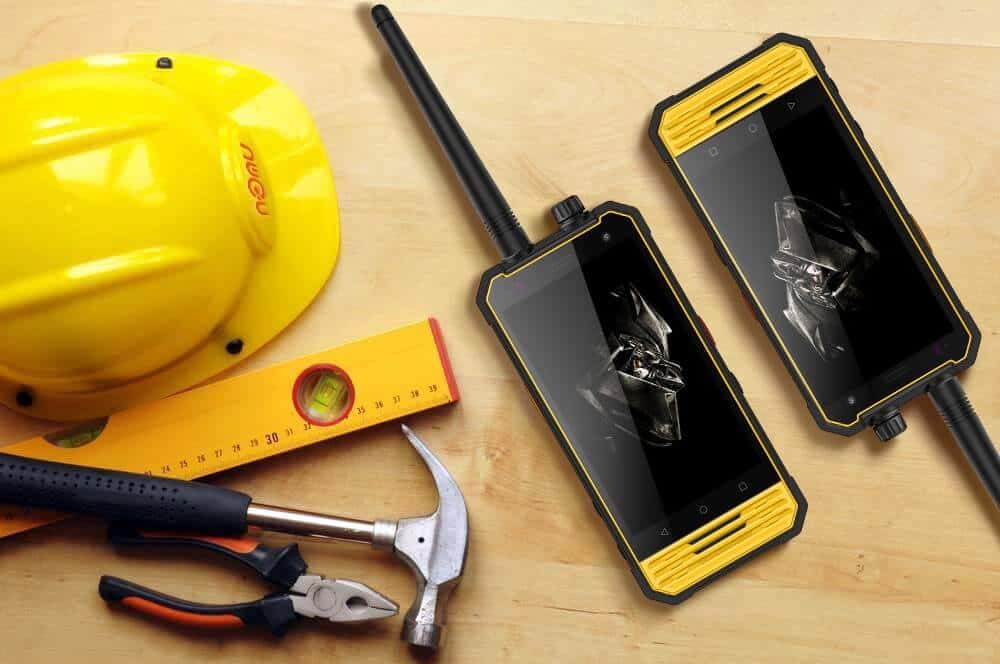 The NOMU T18 is a new phone from NOMU although it is a little more unusual than most new smartphones. Not only is this a rugged phone in the traditional sense, but it is also one which really embraces its use as an option for those working in certain industries. This can be best summed up through the NOMU T18's use as a traditional walkie-talkie providing users with a reliable two-way radio service.

The walkie-talkie aspect is an intercom system which is able to make use of VHF 144-148 MHz and UHF 430-440 MHz frequencies and is even usable when the device is offline. So this is not an aspect that relies on internet connectivity to function and instead is in effect a real walkie-talkie which also happens to be a smartphone. The maximum operating range comes in at five kilometers which should be plenty of distance to account for most general use cases. In addition to also being compatible with most intercom devices which share the same frequency. Two-way radio aside, this is a smartphone which also packs in all the usual trappings found with a durable smartphone, such as an IP68 certification for protection against dust and water encounters. As well as a MIL-STD-810G certification for its general build quality and durability. All while coming loaded with a substantial 5,200 mAh battery which should be plenty enough capacity to keep the phone powered for long periods of time. Adding to its battery-focused selling points the battery is removable. So those times when the phone is likely to be away from a charge port for some time, if the large battery does not suffice it can be simply switched out for another.

As for the normal specs associated with a smartphone, the NOMU T18 is a smaller phone due to its inclusion of a 4.7-inch display along with a 1280 x 720 resolution. In spite of the small size the NOMU T18 is a fairly powerful mid-range smartphone thanks to its employment of 3GB RAM, 32GB storage, and a MediaTek 6737T octa-core processor. Cameras include an 8-megapixel rear camera along with a 2-megapixel front-facing camera. Android 7.0 (Nougat) is the operating system in use, and dual band Wi-Fi (2.4 and 5 GHz), as well as NFC and OTG are all supported. As is a fingerprint sensor. Those interesting in more details on the NOMU T18 head over to the company's product page through the link below.

Advertisement
More info: NOMU T18
Advertisement
Trusted By Millions
Independent, Expert Android News You Can Trust, Since 2010
Publishing More Android Than Anyone Else
29
Today
173
This Week
280
This Month
4264
This Year
105741
All Time
Advertisement