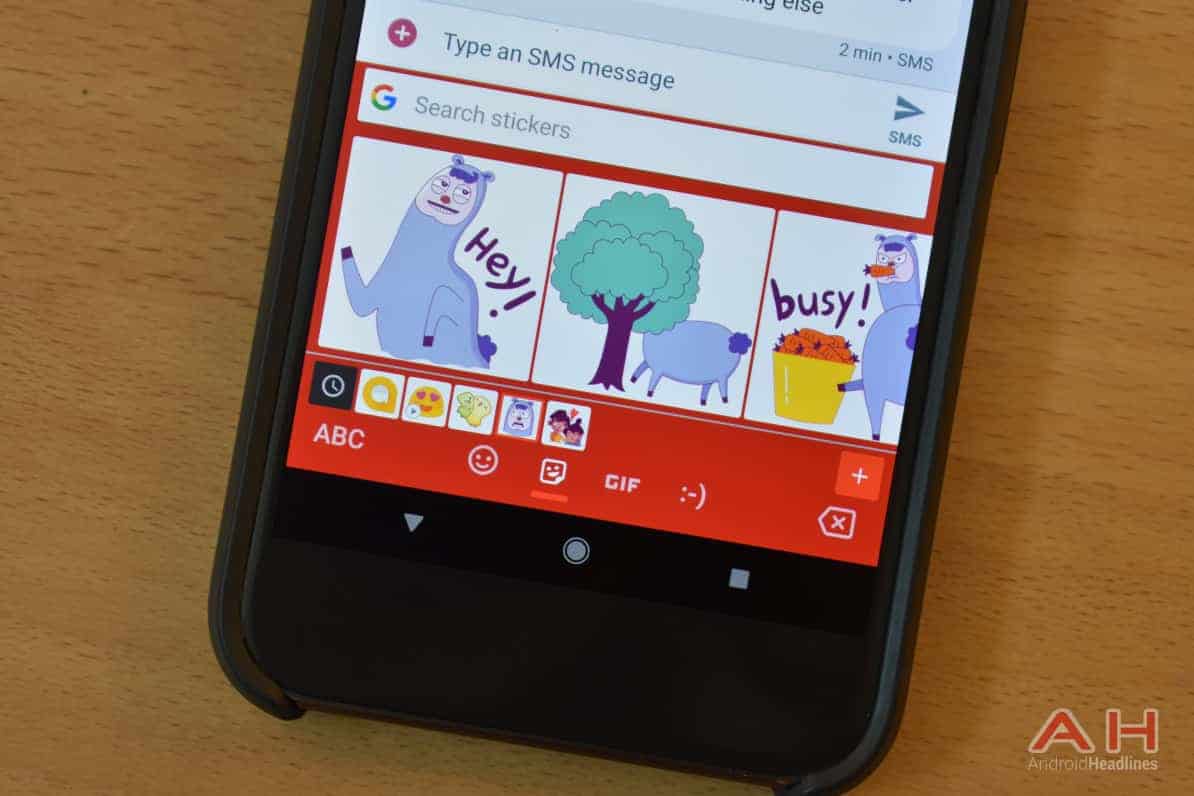 New languages and sticker packs have come to Gboard as part of part of the latest update to the application. In total there are 40 new languages that are now supported in Google's keyboard app with one of those new languages being Japanese. This leaves 39 new languages that can now be used with the keyboard but unfortunately, Google doesn't mention anything about what those are specifically as the changelog simply states the total number of newly supported languages. If you use Gboard and your language wasn't supported prior to this update then checking whether or not it's there now would be your next step.

In addition to the new languages, default sticker pack support has been added to the app, with four different sticker packs to choose from. Sticker packs were supported in Gboard before now but it required that Allo be installed on the device as well and the only available sticker packs were those which users had downloaded from Allo's list. Those will still be there if the app is installed, but the default ones will be there regardless if users choose to have Allo on their device, which means users have a little more choice and will only need to install Allo if they were using it actively or actually want to use additional sticker packs.

As is pretty standard with any app update there were also some fixes to previous bugs that users may have been experiencing and there were performance improvements that have been implemented, but users may or may not notice these as it will depend on whether you had any issues with bugs or performance prior to this update. The new version of Gboard should already be live in the Play Store though it may still take time to show up for everyone, and if that's the case then you may have to wait a few days before it surfaces. Alternatively you could try to force the update and see if it shows up by hitting the update refresh button, or if you're not currently an existing user of Gboard you can always grab the app by hitting the button below too which will take you straight to the Google Play download page.