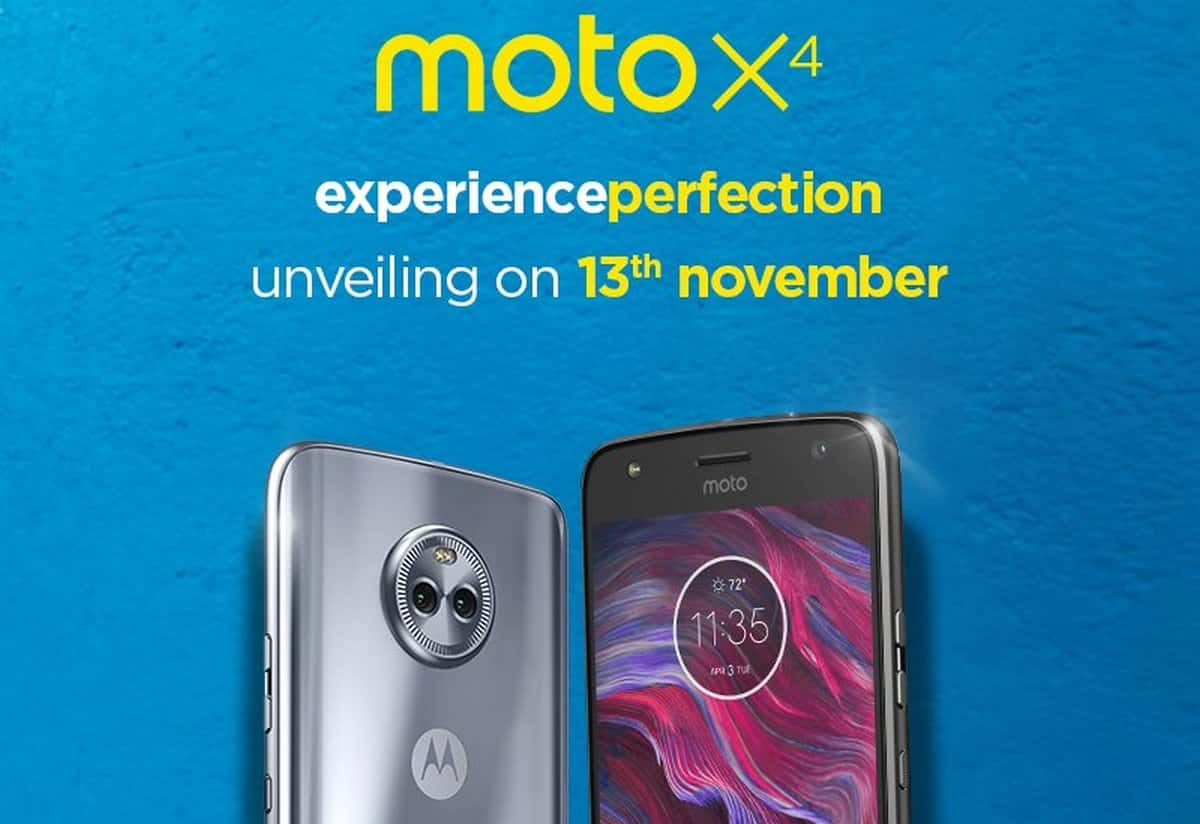 Motorola has been teasing the Moto X4 launch in India for a few days now, and it has now officially confirmed that November 13th is the big date. The company has already started sending invitations to the launch event, and Motorola India took to Twitter to announce the happening publicly, along with the hashtag #ExperiencePerfection. The unveiling will take place in New Delhi and the smartphone should become available for purchase in the country shortly after its debut. The launch should only bring more details about the pricing and availability in India since the handset’s specs and features have been official for a good while now.

As a reminder, the Moto X4 made its debut back in late August as the IFA 2017 trade show was kicking off. The smartphone marks the return of the popular Moto X line, putting an end to speculation that the Moto X family would no longer continue and instead be replaced by the Moto Z series. The Moto X4 proves that’s not the case and the Moto X line lives on, now with a sleek metal-and-glass design, dual rear cameras, and other attractive perks. The Moto X4 comes with mid-range specifications rather than flagship ones, but it does feature Google Assistant and Amazon Alexa support that allows users to interact with the device in a hands-free manner.

For those unfamiliar with the handset’s specifications, the Moto X4 sports a 5.2-inch display with a full HD resolution of 1,920 x 1,080 pixels and Gorilla Glass 4 protection on top, an octa-core Qualcomm Snapdragon 630 processor clocked at 2.2GHz, 3GB of RAM, and 32GB of native storage expandable with a microSD card. The dual-camera setup on the phone’s back panel consists of a 12-megapixel shooter and an 8-megapixel one with a wide-angle lens. For selfies, the smartphone features a 16-megapixel front camera with an LED flash and an f/2.0 aperture. Other specs include a 3,000mAh battery with fast charging support, IP68 certification for water and dust resistance, a fingerprint scanner, and Android 7.1 Nougat out of the box. Motorola has yet to reveal how much the Moto X4 will cost in India, but the smartphone should come at an affordable price point. With the official launch being less than a fortnight away, all of the Moto X4’s pricing and availability details will become official soon enough.

You will be able to #ExperiencePerfection with the #MotoX4, unveiling on 13th November! Save the date. pic.twitter.com/GLS5aZmXnW