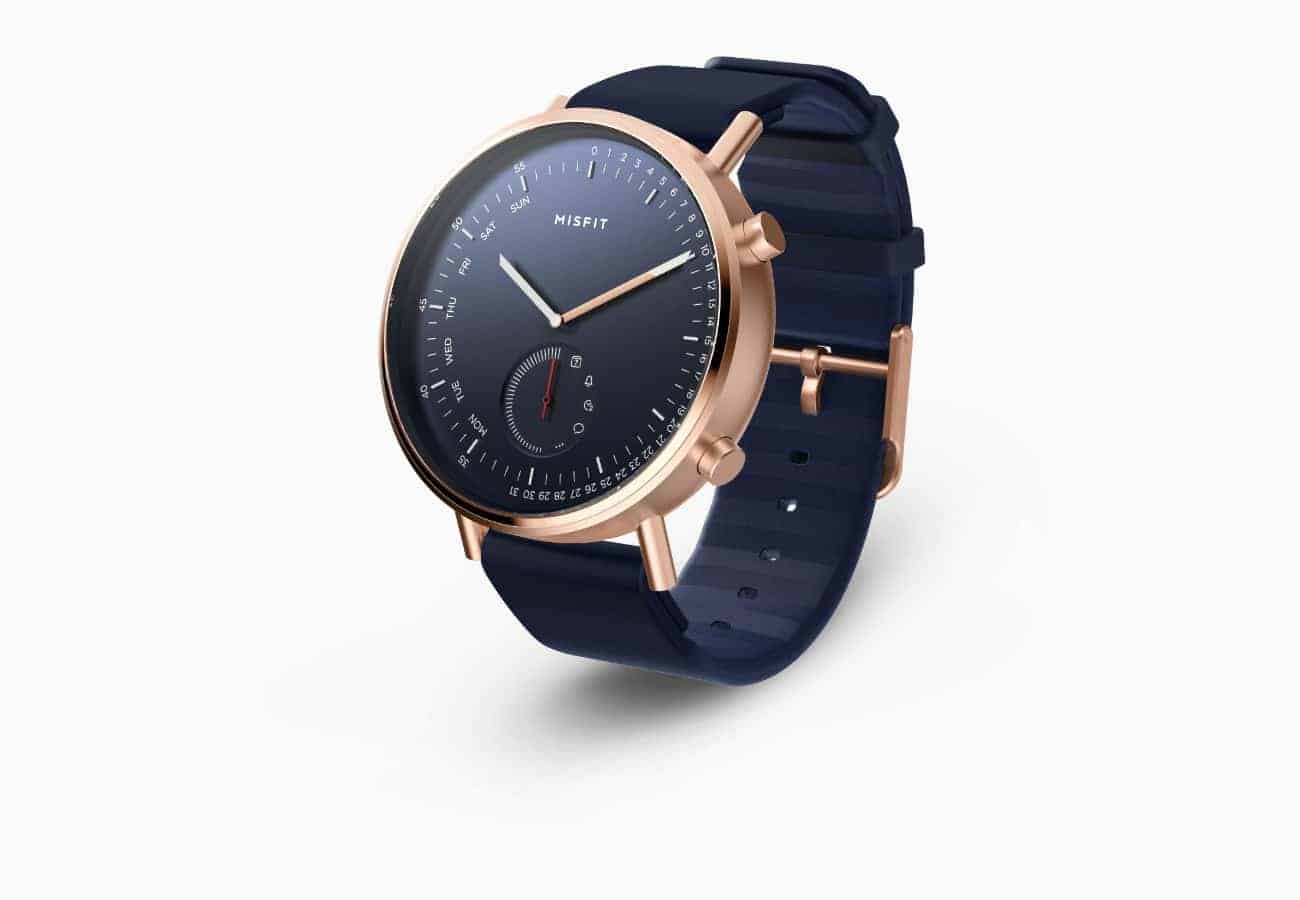 Pre-orders for Misfit's second hybrid smartwatch, the Misfit Command, have now opened up and the watches are currently being sold at a 25-percent discount for Black Friday. That means anybody interested in technology who happens to be in the market for a new watch will be able to pick up one of the fashionable silicone-banded wearables for around $112.49 or the steel-banded variant for around 127.49. Meanwhile, shipping of the devices is set to start in just six days – on November 28 – so they should begin arriving at consumer doorsteps early next month for those that grab one now.

For those who may not already know, a hybrid smartwatch takes the form of a more traditional watch, lending to greatly extended battery life, at the cost of losing customization and some functionality. However, while hybrids miss out on some of the technology-driven features of a full smartwatch like Misfit's Vapor, they also include some connected functionality far beyond a traditional timepiece. In this case, the Misfit Command allows for some customization of notifications, thanks to a programmable sub-dial located below the main watch face. Vibrations can be set for calls, texts, emails, or other app notifications, in addition to smart alarms and reminders to stay mobile – on the fitness side of things. Aside from that, a customizable smart button is included in the hardware, allowing for selfies, music controls, and easy phone finding, among other things. By linking up with a smartphone via enhanced Bluetooth 4.1, the wearable also allows users to set up a second time zone, while both the date and time being kept by the watch will be auto-updated for improved timekeeping accuracy. Meanwhile, the Misfit Command also touts plenty of fitness tracking capability. Aside from the above-mentioned activity reminders, the watch can be used to monitor sleep patterns, track calories burned and steps taken, tag specific physical activities. It's even water resistant down to a depth of around 164 feet.

All of those impressive features are backed by a claimed battery life of a full year, thanks to a standard coin battery – specifically a CR2430 battery. That's all packed into a 44mm wide, 15mm thick, steel frame with a matte finish that's available in 4 different configurations for color. Those include Matte Silver or Rose, while there is both a black and bronze color variation of the company's "Jet" offering. Each also has a 20mm watchband that can be easily swapped out via quick-release pin, so the style of the Command doesn't have to start feeling stagnant over time. Aside from the Matte Silver variation, which comes with a steel band, the Misfit Command comes with a silicone strap. That's a respectable package with consideration for the current pricing, so anybody interested in checking the new hybrid wearable out will probably want to head over to the source link below.