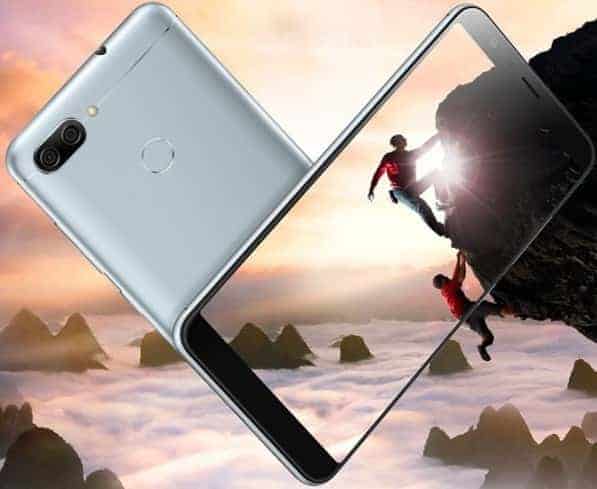 ASUS has introduced a new phone which features an 18:9 display, the Zenfone Max Plus (M1). The company, which has, so far, only included an 18:9 display on the China-exclusive Pegasus 4S, is now expanding its 18:9 portolio to other devices and markets. The new device features a relatively simple front panel, adorned with the large 5.7-inch 2160 x 1080p display and the typical sensor setup on the top bezel, which includes an 8-megapixel front-facing camera.

In terms of the sides, the volume rocker and power button have been placed on the right side of the device and the top of the device features a 3.5mm headphone jack. Just like the frame of the device, the rear panel is made of aluminum, creating a unibody design. ASUS has included a dual-camera setup in the top-left corner of the rear panel that consists of a main 16-megapixel sensor with a f/2.0 aperture and a wide-angle 8-megapixel lens. Both of these are coupled with a single-LED flash. Aside from the camera sensors, ASUS has also placed a rear-facing fingerprint sensor slightly below the cameras in the center of the panel. Moving on to the inside of the smartphone, the spec sheet is clearly aimed at the mid-range segment. The Taiwan company has included MediaTek's octa-core MT6750T clocked at 1.5GHz, coupled with this is the Mali-T860MP2 GPU and either 2GB or 3GB of RAM, depending on which variant you decide to purchase. Speaking of which, depending on which variant of the device you choose, you'll get either 16GB or 32GB of internal storage. This phone also comes with a 4,130mAh battery, supports 4G LTE connectivity, has face recognition, and Android 7.0 Nougat comes straight out of the box, though ASUS' ZenUI 4.0 skin is also installed.

Other than the overall design, the spec sheet of the Zenfone Max Plus (M1) is very similar to that of the Pegasus 4S, with the major differences being the higher display resolution on the newer device and lower storage and RAM options. ASUS is yet to announce the official pricing or availability of the new smartphone, but, when released, it will be available in Dark Gray, Silver, and Gold color variants.