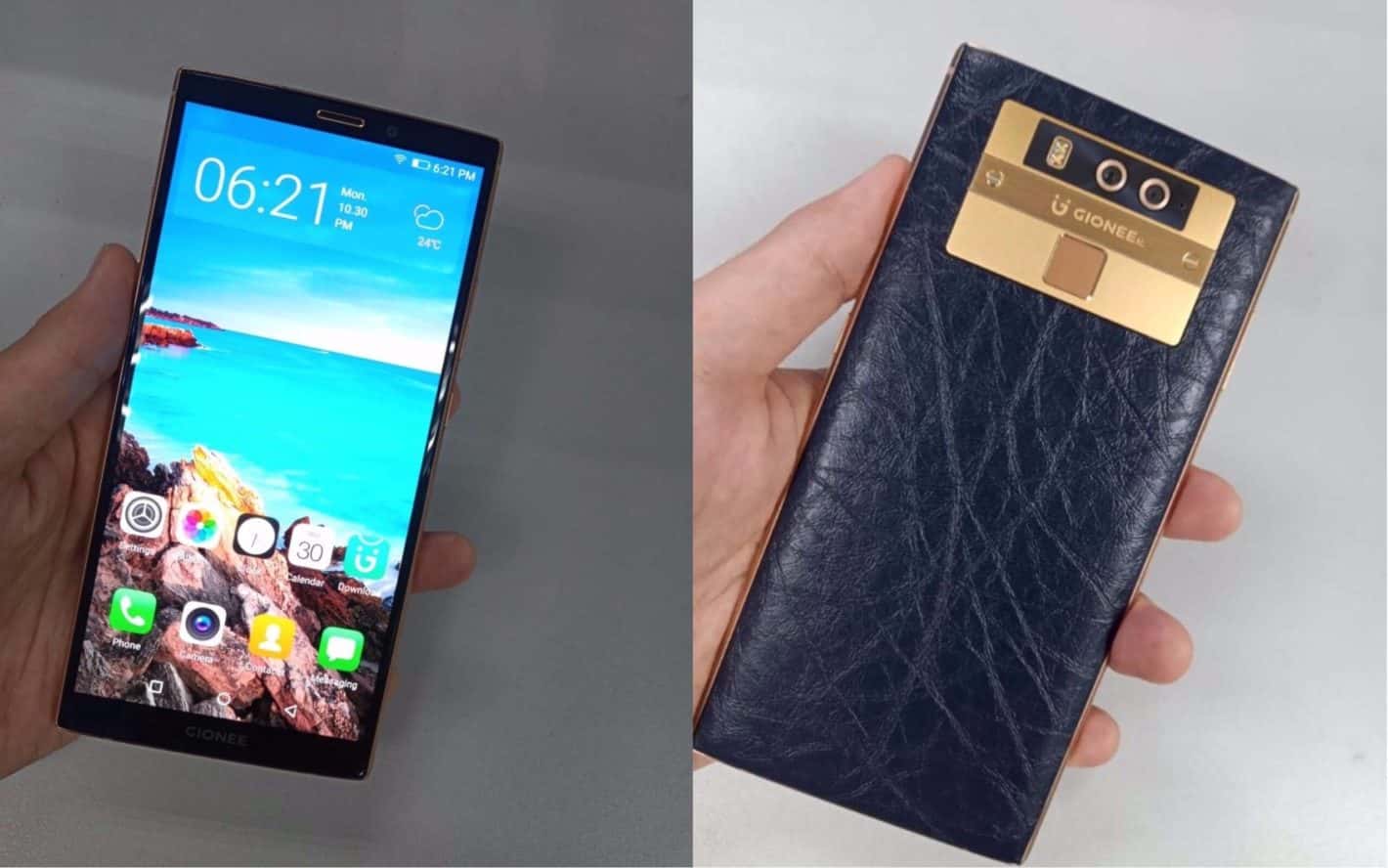 A new set of images recently shared by industry insider Evan Blass show what's thought to be Gionee's next flagship device, the M7 Plus. With the recent shift toward displays with an 18:9 aspect ratio, it's no surprise Gionee is said to have a number of devices sporting the new panels in the works.

In terms of design, the company certainly looks to have taken a much more unique approach when it comes to materials. Although the front panel sports a relatively simple design with minimal bezels, the rear of the device appears to be crafted from a combination of leather and stainless steel. As can be observed, a large piece of patterned leather adorns the rear, marking a similar approach to that of LG with the LG G4 from 2015 which should still allow for wireless charging. Toward the top of the panel, the company has also placed a large rectangle crafted out of stainless steel which contains a square-shaped fingerprint scanner, as well as a dual-camera setup and a dual-tone LED flash. Moving on to actual specifications, the source claims the device sports a massive 6.43-inch display which has the potential to be the largest 18:9 phone screen once commercialized, though it's unknown if the panel will be of the LCD or AMOLED variety. Further details are yet to be confirmed, but considering the device will likely complement the already announced Gionee M7 and M7 Power, a similar spec sheet is likely, meaning either 4GB or 6GB of RAM and 64GB of internal storage are a possibility. As well as this, the rear camera combination may be comprised of the same main 16-megapixel sensor and an 8-megapixel module found on the regular M7.

In terms of raw processing power, the company has used different processors in the M7 and M7 Power, so there's no way of telling what the brand will opt for in the larger variant. Nonetheless, considering the larger size, a battery that sits somewhere between 4,000mah and 5,000mAh is likely. Just like the Gionee M7 and M7 Power, the M7 Plus will most likely utilize the company's Amigo 5 overlay on top of Android 7.1 Nougat, though an update to Android 8.0 Oreo will presumably be rolled out for the phablet at some point in the future. It's currently unknown when the company will launch the device and how it will be priced, but the existence of premium materials is likely to lead to a higher price compared to the M7 Power.