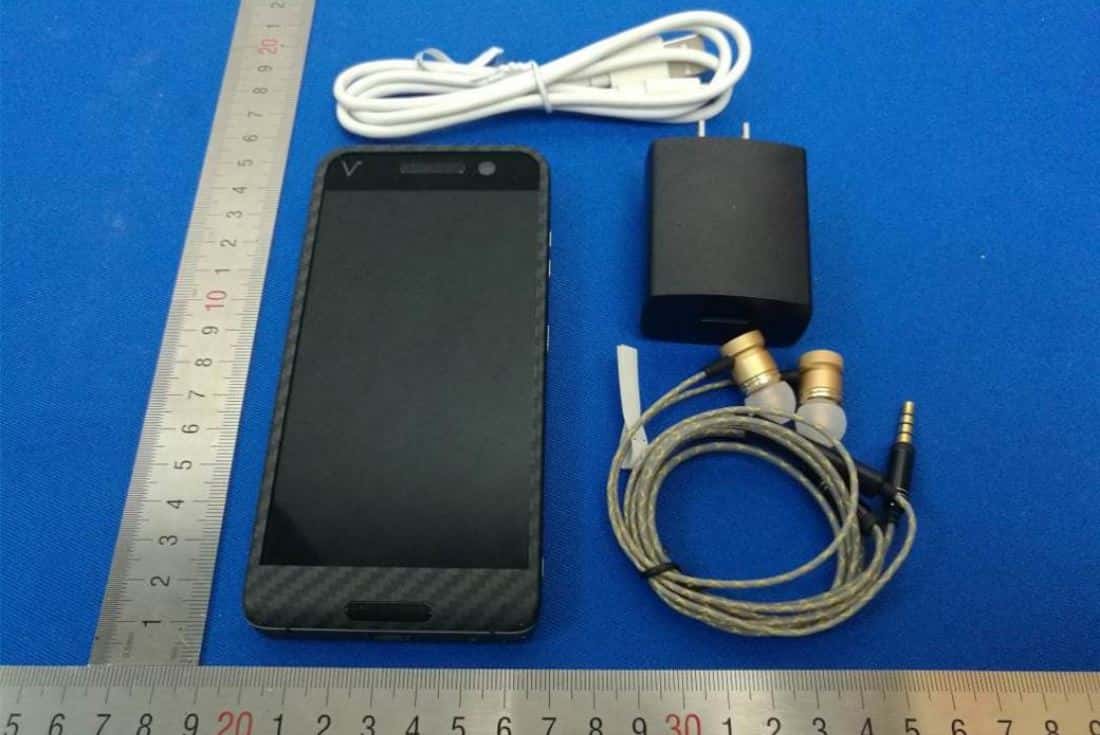 It seems as though the long-hyped Saygus V2 has finally hit the FCC, following years of delays for the handset and a Twitter post back in August claiming it had "passed through" the regulatory agency. The Android-powered smartphone – dubbed the Saygus V-Squared, by the company – is listed under FCC ID 2ANBZ-F10104215 and bears the model designation SG02. It's also accompanied by plenty of documentation, including a basic user manual and several photos portraying both the exterior and interior of the device – signifying that this is the real deal.

Although those materials don't necessarily give away every technical detail about the internals of the device, the images do reveal a removable 3,100mAh battery and a USB Type-C charging port. That's a bit smaller than speculation from earlier reports suggesting it would ship with a 3,200mAh battery pack. The user manual, meanwhile, confirms several other features such as a waterproofing and a kevlar screen surround. The front-facing camera will be a 13-megapixel sensor in addition to a 21-megapixel sensor located on the back. The main camera will be supported by optical image stabilization and a dual-LED flash, as well as an ambient light sensor. Camera tech doesn't end there either, with Saygus including a dedicated hardware button along one edge for the camera and a full HD video transmitter. There's even a dedicated hole for installing a camera strap. That same edge is where users will find volume buttons, a power button, and a fingerprint sensor. Beyond that, the Saygus V2 will ship with two slots for microSD cards and will support two micro SIM cards. The company has also seen fit to keep the headphone jack that many top-tier manufacturers have abandoned for their flagships and that will be located on the bottom edge alongside one of the device's three microphones. The second mic is along the top edge, opposite a programmable infra-red transceiver.

The third mic is located at the back. Further still, the front side of the V2 features dual front-facing stereo speakers and what looks to be a 5-inch screen protected by Gorilla Glass 4. The whole thing is stated as shipping with the device, charger, and stereo headphones in the box. Finally, the device does support GSM/CDMA/LTE bands – though on the LTE side of the equation, things seem a bit limited and it was only tested for bands 2, 4, and 12. Aside from what can be revealed through the FCC listing, the Saygus V2 is expected to feature a Snapdragon 835 SoC, backed up by 3GB of Ram. Storage, on the other hand, will reportedly be set 128GB, with some of that set aside for Android. There's no word on which version of Android the V2 will ship with but, with consideration for the other high-end specifications and features listed here, it's hard to imagine it wouldn't be driven by at least Android Nougat. No official release date has been set either and, given how long it has taken for Saygus to get this far, it could be a long wait still. With that said, this FCC listing will probably move that date a lot closer so it shouldn't be too much longer before early backers and others can finally get their hands on the Saygus V2.