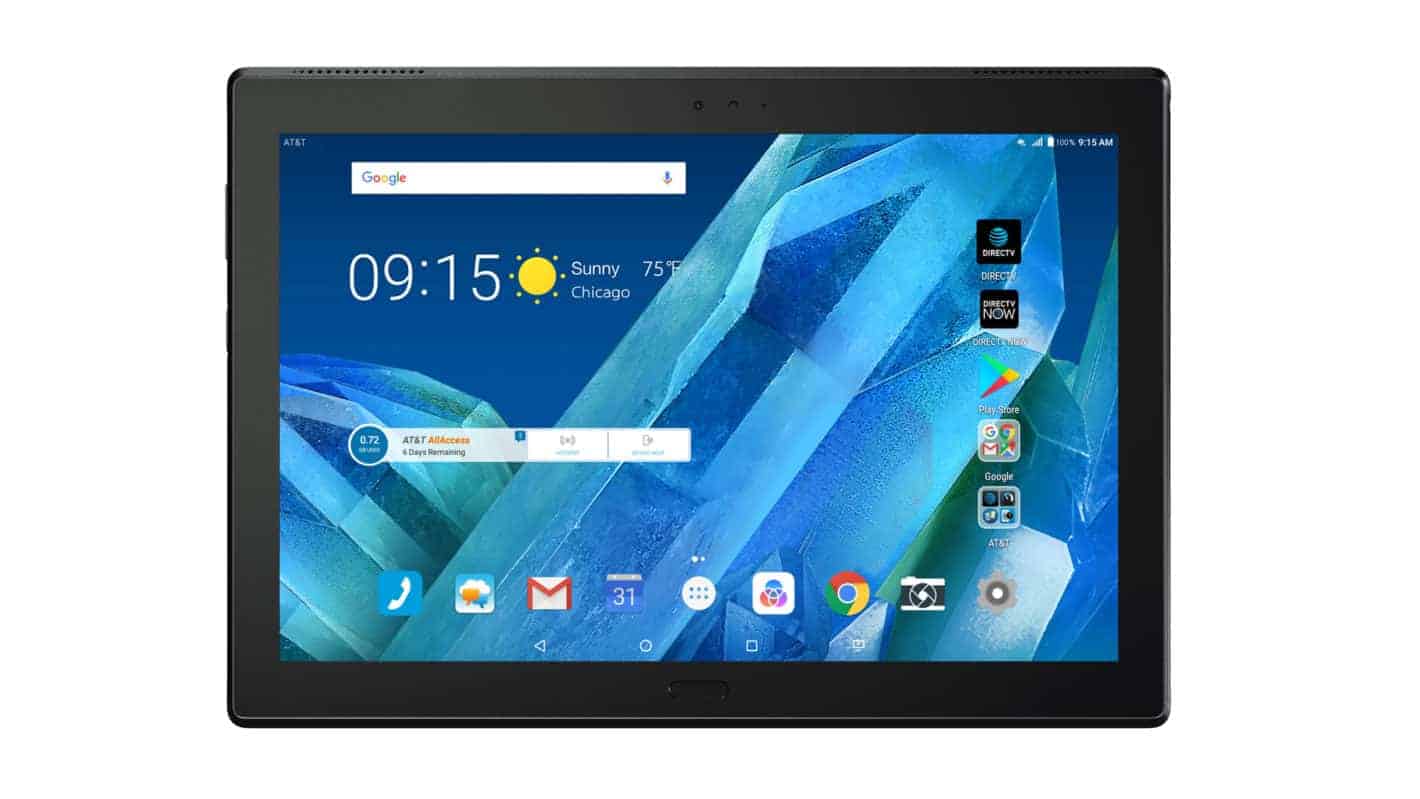 Lenovo's new Moto Tab is going to hit AT&T on November 17th for $300, which not only means that customers of AT&T will have a new mobile device option to consider if they're in the market for a tablet, especially considering it is the holiday shopping season, but it also means that Motorola is finally getting back into the tablet market as this is the company's first tablet in quite a few years, having spent the last few focusing solely on smartphones and other devices.

Though this may be the first Moto-branded tablet in a quite some time, it's not Lenovo's as it has been lunching tablets pretty consistently even before the purchase of Motorola. That said, consumers can expect a decent set of specs, and this is a Moto Tab so there will be some Motorola-inspired software touches, but it does have some pretty heavy design inspirations from Lenovo as it does look a lot like some of Lenovo's recent tablet offerings. Things like the dual front-facing speakers, which are powered by Dolby Atmos technology, are things which Lenovo is using in some of its current tablet devices. Even the beveled edge around the frame looks similar. In fact, it more or less looks like a re-branded Lenovo Tab 4 with a couple of tweaks.

When it comes to actual specs, the Moto Tab is equipped with a Full HD 10.1-inch display, and it's powered by a Snapdragon 625 octa-core processor from Qualcomm which is paired with 2GB of RAM and it has 32GB of internal storage space for apps, games, and media. If 32GB isn't enough then not to worry as the tablet also supports expandable storage up to 128GB via a microSD card. Inside, the Moto Tab is carrying a 7,000mAh battery which should be more than enough to keep it powered on for days, or at the very least a full day for extremely heavy users. What's more is that the tablet comes with a USB Type-C port for charging so it'll charge up pretty quickly. The device also comes with a fingerprint sensor for unlocking the device which Lenovo highlights can help with logging in multiple users quickly, they simply need to enter their fingerprint and attach it to their profile and upon unlocking it'll open to the profile linked to the fingerprint being used. The Moto Tab does have front and back cameras, but it isn't specified what the quality of the sensors are. While the Moto Tab will cost $300 at full retail since this is being sold at AT&T, consumers will also be able to pay for it in monthly installments of $15 each for a total of 20 months, and the tablet will be available both in AT&T stores and on the AT&T website.