The LEAGOO T5c is an Android phone which first came to light last week following most of its major specs becoming public knowledge. While most of the main specs had been confirmed last week, the processor had not with the exception that it was an octa-core SoC. While the assumption would have been that it is likely to be a MediaTek processor, it is now clear that it not the case as the LEAGOO T5c is going to arrive powered by a Spreadtrum SC9853i processor. 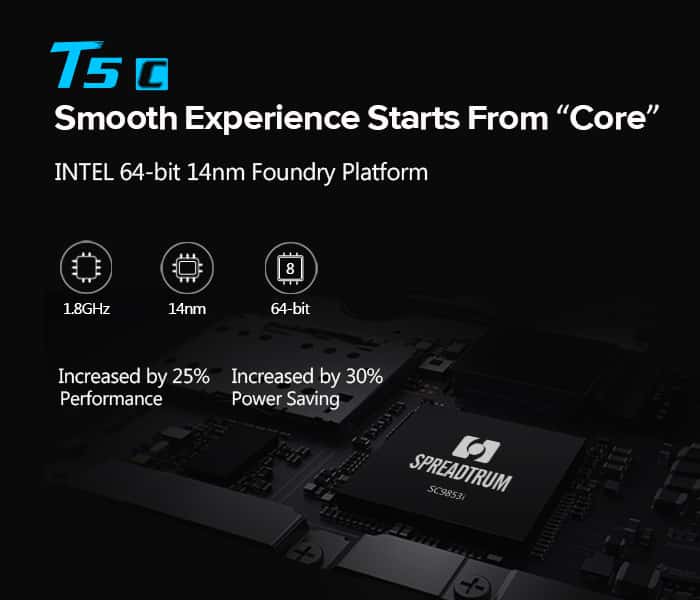 Furthermore, it is now understood that this will be the first smartphone to come powered by this particular processor. As the SoC – which is built using Intel’s 14nm FinFET technology – is a new processor having only been announced in August of this year. This processor was originally announced alongside another SoC, the SC9850, and both of which are designed to facilitate performance and power efficiency for mid-range smartphones, such as the LEAGOO T5c. As for the finer details, the Spreadtrum SC9853i is an octa-core processor which clocks at 1.8 GHz and is believed to be as much as 39-percent more powerful compared to the likes of the MediaTek 6750 with its single and multi-core scores both coming in higher – based on AnTuTu results quoted by LEAGOO and shown below. 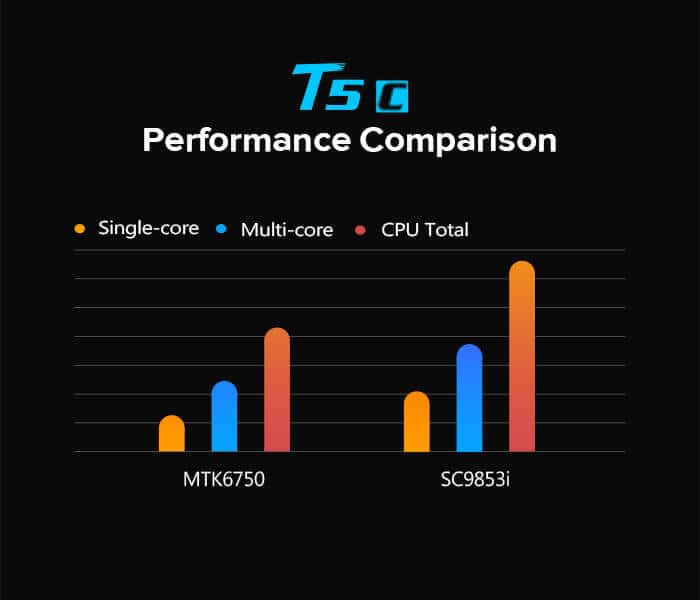 As for the rest of the specs, the LEAGOO T5c is a smartphone featuring a 5.5-inch display along with an 1920 x 1080 resolution. Inside, the LEAGOO T5c will come packed with 3GB RAM, 32GB internal storage, and as noted is powered by a Spreadtrum SC9853i octa-core processor. Cameras come in the from of a rear dual camera setup spearheaded by a 13-megapixel primary camera and backed up by a 2-megapixel secondary camera. While additional features include a 3,000 mAh battery (with 5V2A quick charge support) a fingerprint sensor, and more. While the price has yet to be confirmed by LEAGOO, the LEAGOO T5c is expected to become available priced at around $129.99 with initial orders expected to ship around December 5. Interestingly, the company has now opened up a ‘subscribe for more info’ page where those who do subscribe could win the opportunity to pick up the LEAGOO T5c for only $1.99. More details on this, as well as the LEAGOO T5c in general, through the link below.