A supposed list of specs detailing the Huawei Nova 3 appeared online on Sunday, having originally emerged on Chinese social media platform Weibo. According to the newly unveiled hardware sheet that can be seen below, Huawei’s upcoming smartphone will boast a 5.93-inch display panel with an FHD+ resolution of 2,160 by 1,080 pixels amounting to an aspect ratio of 18:9 (2:1) and an image density of 407 pixels per inch. The handset was also listed as being powered by the HiSilicon Kirin 670 SoC, a mid-range octa-core chip with a maximum operating frequency of 2.2GHz and the Mali G72 MP4 GPU. A 3,340mAh battery is part of the package and isn’t removable, according to the same source. The Huawei Nova 3 will be compatible with all standard GSM bands used around the world and will support 4G LTE connectivity, the specs sheet suggests.

The upcoming device appears to have been envisioned as a photography-focused offering, with the new leak claiming that Huawei opted to equip it with two dual-camera setups, one on each side of the handset. The main system will feature a 20-megapixel sensor and a 16-megapixel one, though it’s currently unclear whether one of the two modules will be of the telephoto variety or if Huawei once again opted to use a standard RGB sensor in conjunction with a monochrome one. The top bezel of the handset will accommodate a 20-megapixel and 2-megapixel sensor, with this particular setup seemingly being more straightforward to understand due to the low resolution of the secondary module and by far the most likely scenario being that both cameras are of the RGB variety, whereas the 2-megapixel one will be used solely for adding a bokeh effect to selfies. The leaked specs also reveal the existence of a microUSB 2.0 port and a 3.5mm audio jack, though NFC doesn’t appear to be supported.

The latest specs leak appears to be in line with the most recent sighting of the Huawei Nova 3 that showed a handset with fairly minimal bezels and an 18:9 screen. Unlike the majority of contemporary smartphones adopting this tall form factor, the supposed Huawei Nova 3 was leaked with a slim physical Home button situated on its bottom bezel that presumably doubles as a fingerprint scanner. According to latest rumors, Huawei will launch the Nova 3 next month, with the handset being likely to go on sale in China, parts of Europe, and possibly some other markets by early 2018. 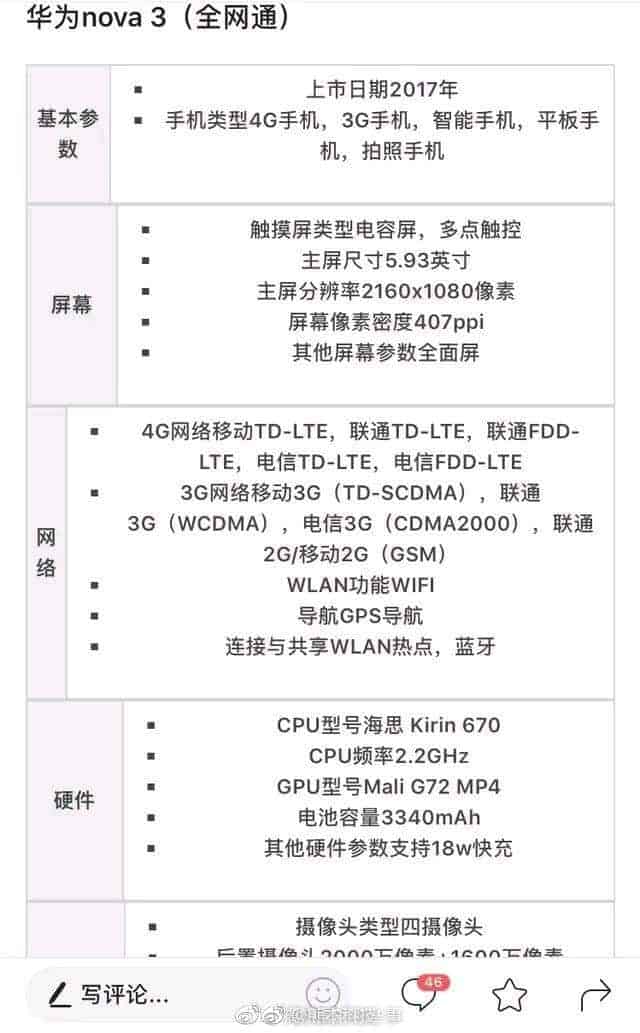 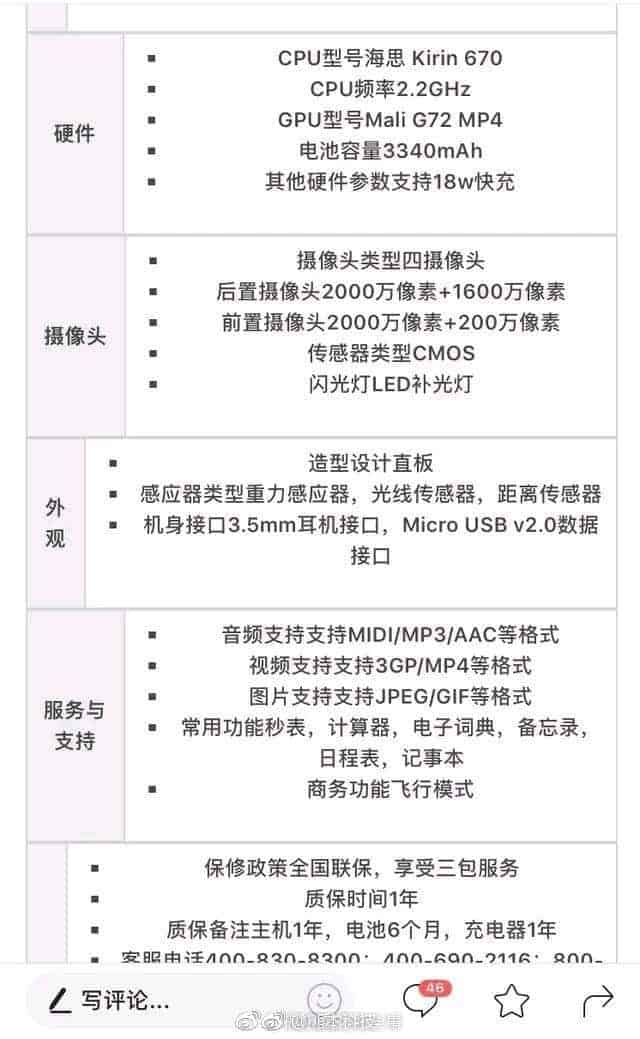