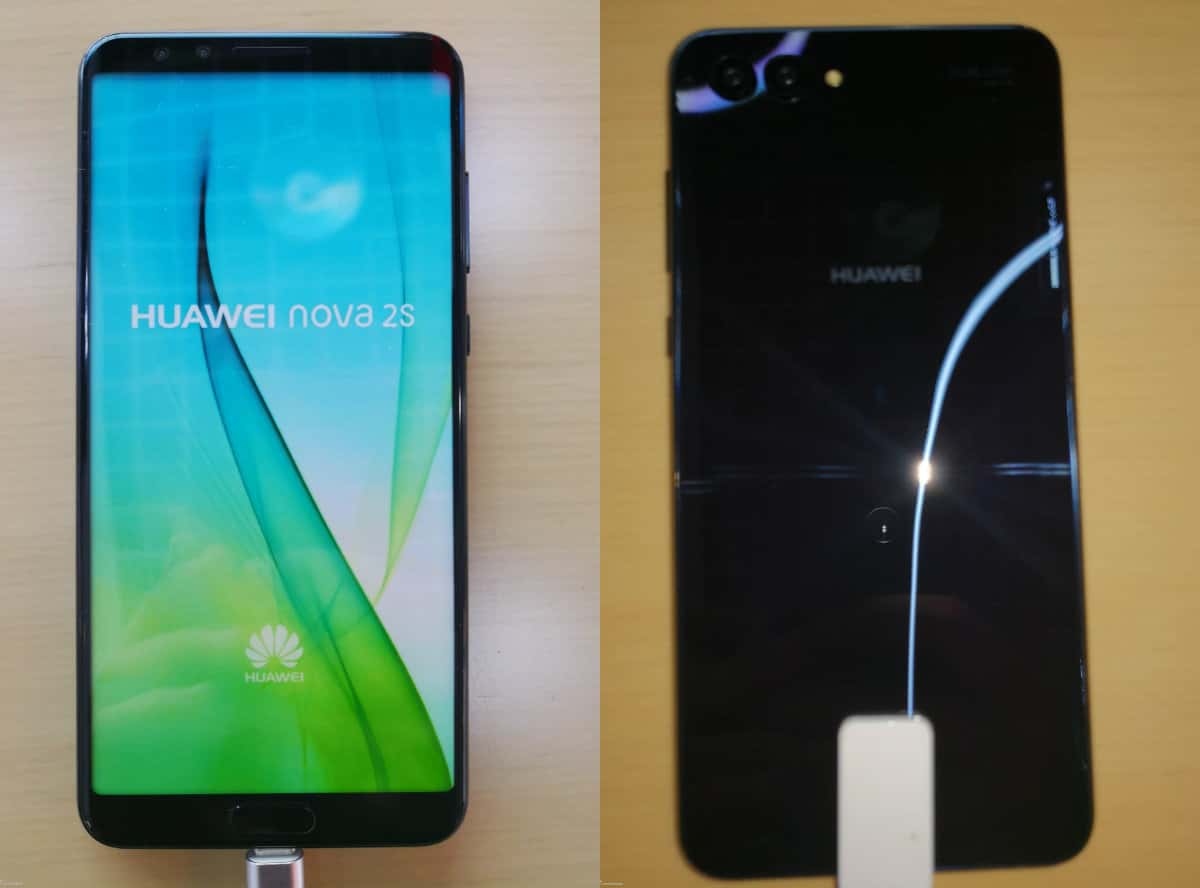 Huawei had introduced the Huawei Nova 2 and Nova 2 Plus smartphones back in May, and it seems like the Huawei Nova 2S is right around the corner. The Nova 2S has just surfaced online, and we’re looking at a real life images of this smartphone here, not a render or anything of the sort. That being said, this phone is considerably different than the Nova 2 and Nova 2 Plus in terms of the design, read on.

The Huawei Nova 2 and Nova 2 Plus sported a regular design, they both had rather thick top and bottom bezels, not a FullView display or anything of the sort. Well, the Huawei Nova 2S seems to be ready to change that, as the phone will sport really thin bezels all around, even though the fingerprint scanner will be placed on the front side of this phone. The back side of this phone seems to be made out of glass, while the Nova 2 and Nova 2 Plus sport a metal unibody build. Truth be said, this handset resembles the Huawei Mate 10 quite a bit, as they both sport thin bezels and that fingerprint scanner below the display. The display of this handset sports rounded corners, and even though it seems like it will ship with a dual front-facing camera setup, the spec leak does not agree with that. Two front-facing shooters seem to be placed next to the phone’s earpiece, even though it seems like they’re not placed in a straight line, which could indicate that this image is not real, but we cannot say for sure. The power / lock and volume rocker buttons are included on the right-hand side of this smartphone, which probably means that the SIM card tray lies on the left. The loudspeaker will be included at the bottom of the device, and so will its Type-C USB port. The device will sport a dual camera setup on the back, as it’s visible in one of the images down below.

UPDATE: three additional images surfaced, and are allegedly showing off the Huawei Nova 2S dummy units, you can check them all out in the gallery down below. 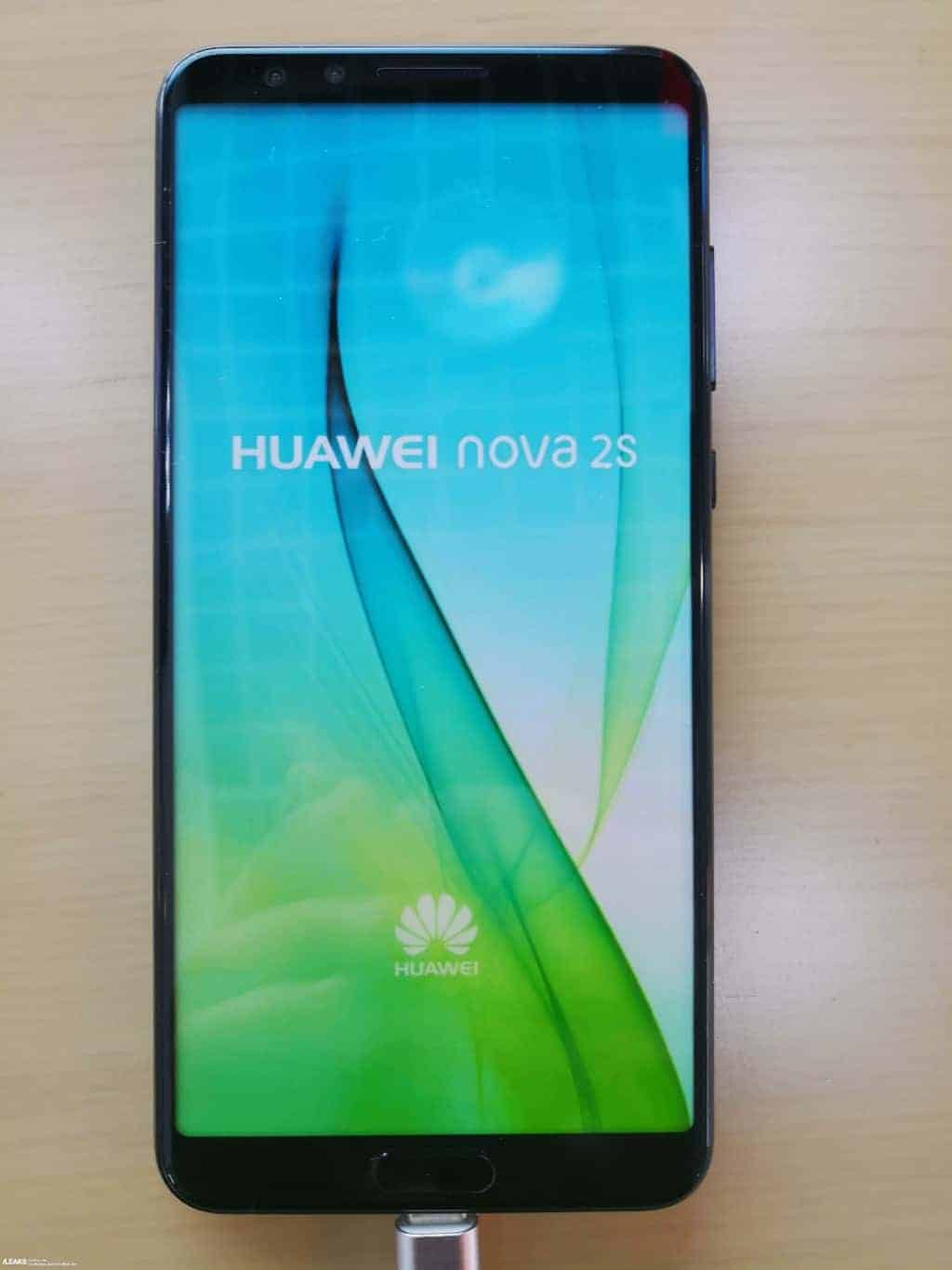 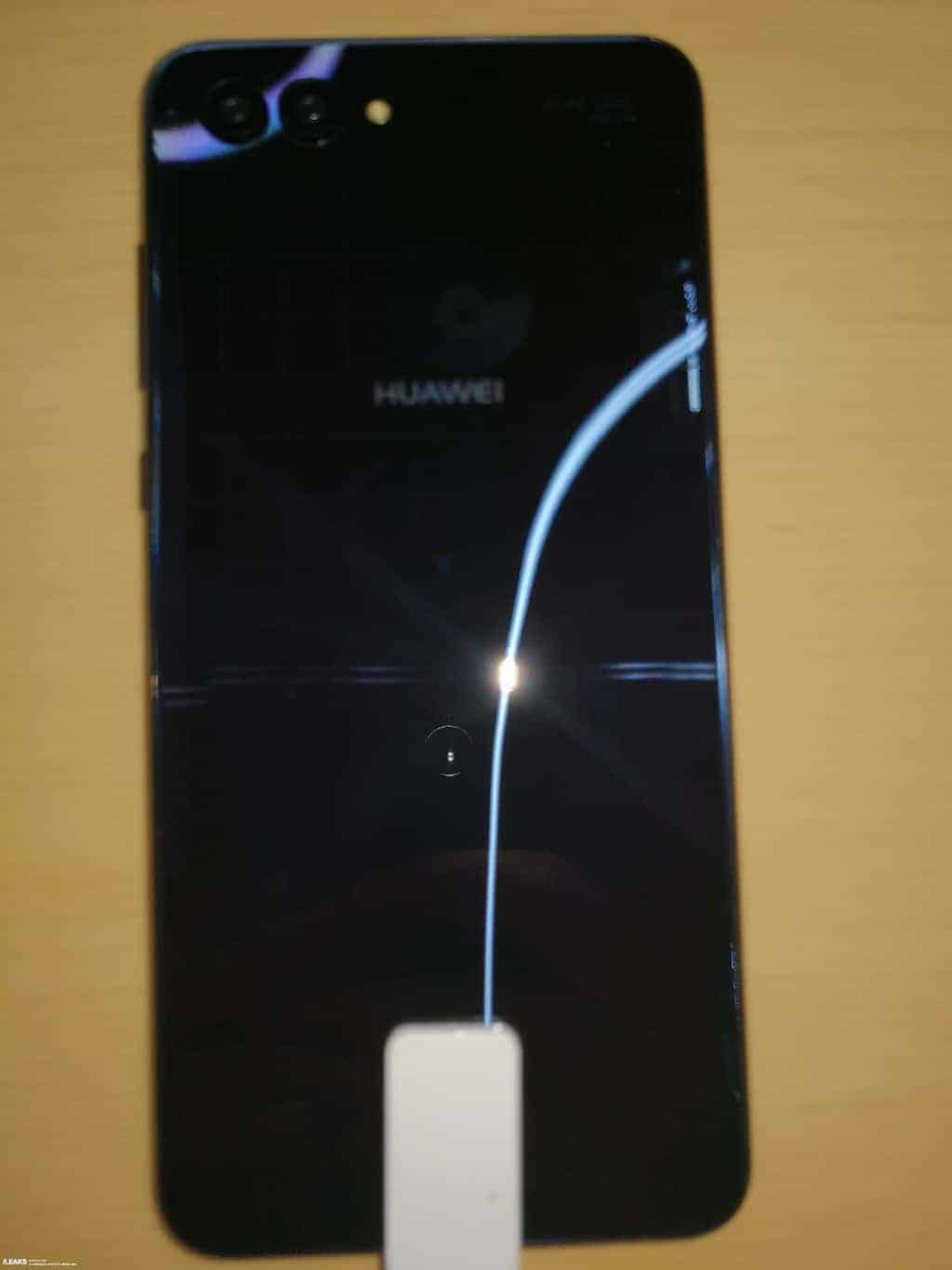 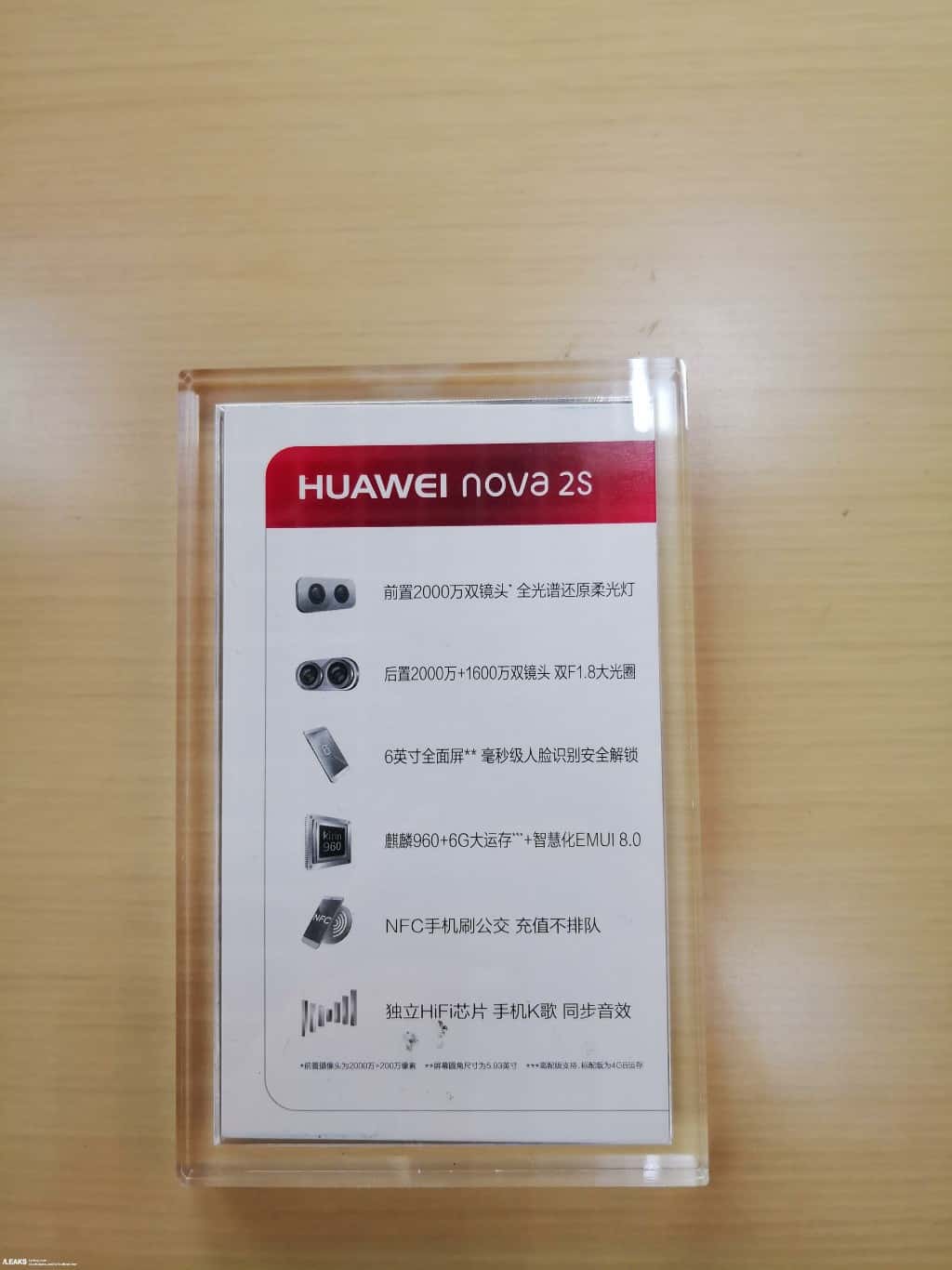 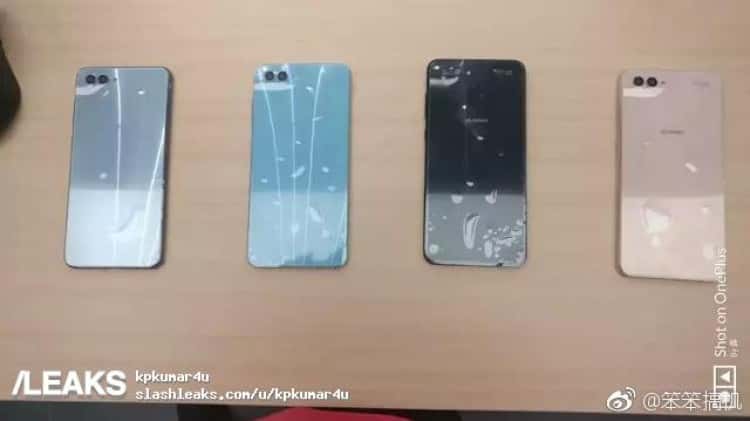 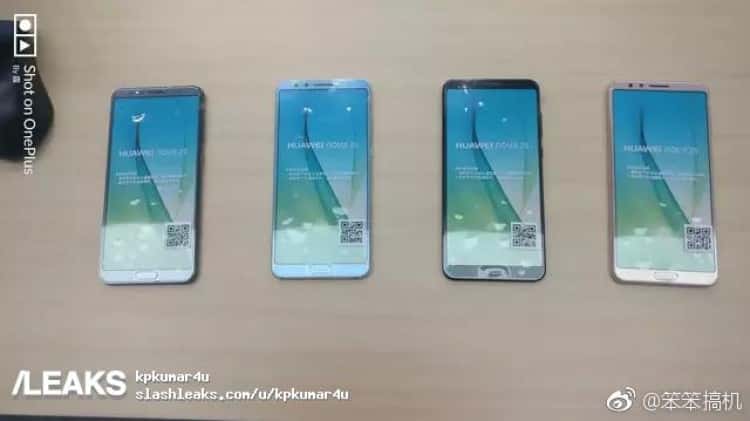 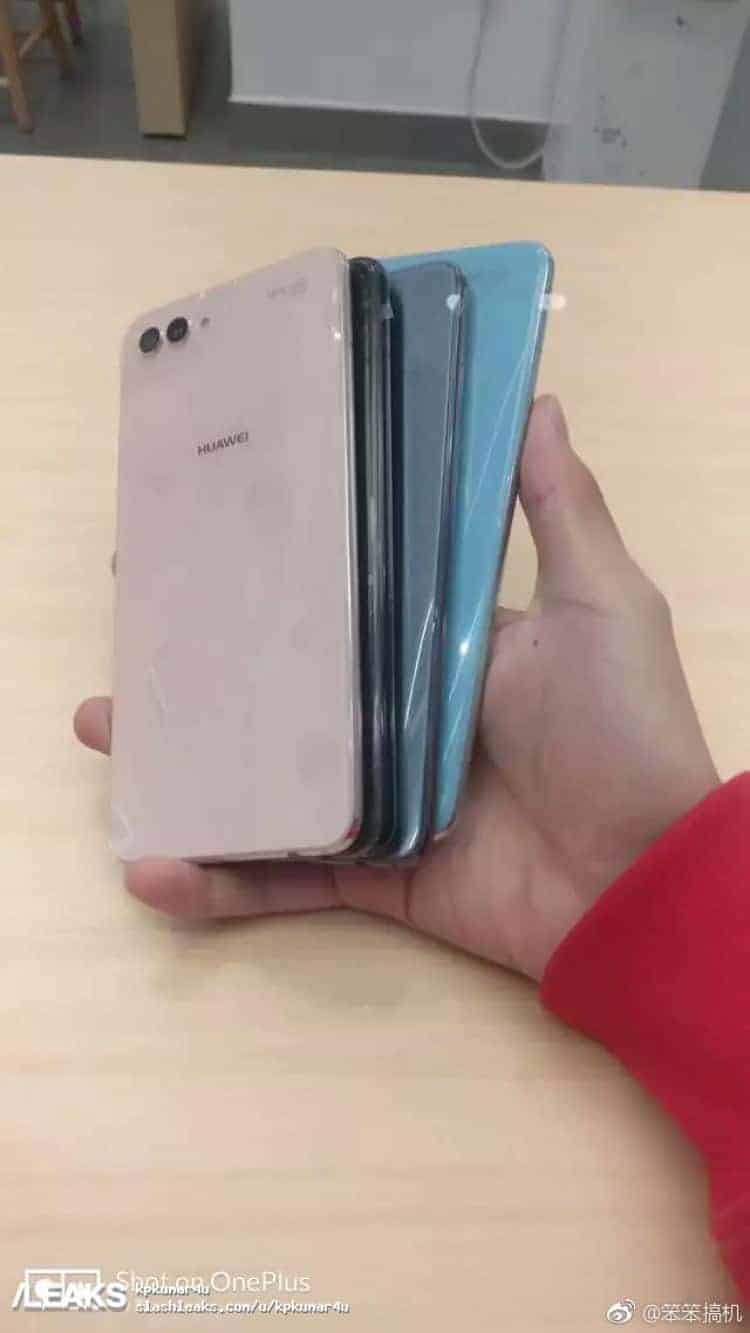