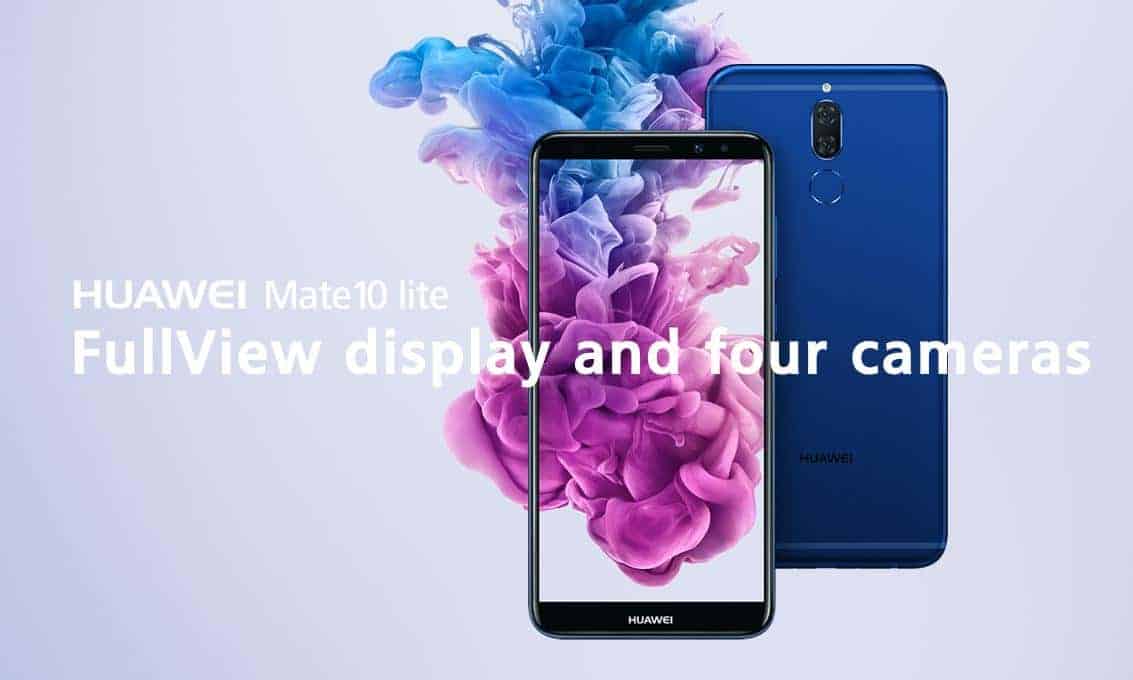 Huawei had introduced three of its Mate 10 flagships last month, and soon after that, the Huawei Mate 10 Lite mid-range was announced as well, though it was not listed on the company's official website, until now. The Huawei Mate 10 Lite listing appeared on Huawei Germany's website, and it not only confirmed the phone's design, but also its specifications, while we also know the phone's price in Europe now, read on.

The Huawei Mate 10 Lite is a quad camera smartphones, it sports 16 and 2-megapixel snappers on its back, while you're getting 13 and 2-megapixel front-facing cameras as well. A 3,340mAh non-removable battery is also a part of this package, and so is Bluetooth 4.2. The Mate 10 Lite is a dual SIM smartphone, you're getting two nano SIM slots here, and the phone offers 4G LTE connectivity, of course. The device comes in Graphite Black, Prestige Gold and Aurora Blue color variants, and chances are it will roll out to more markets in the near future, it will probably reach more countries in Europe first, and move to other regions from there, though nothing has been confirmed just yet, so we'll have to wait and see what will happen.