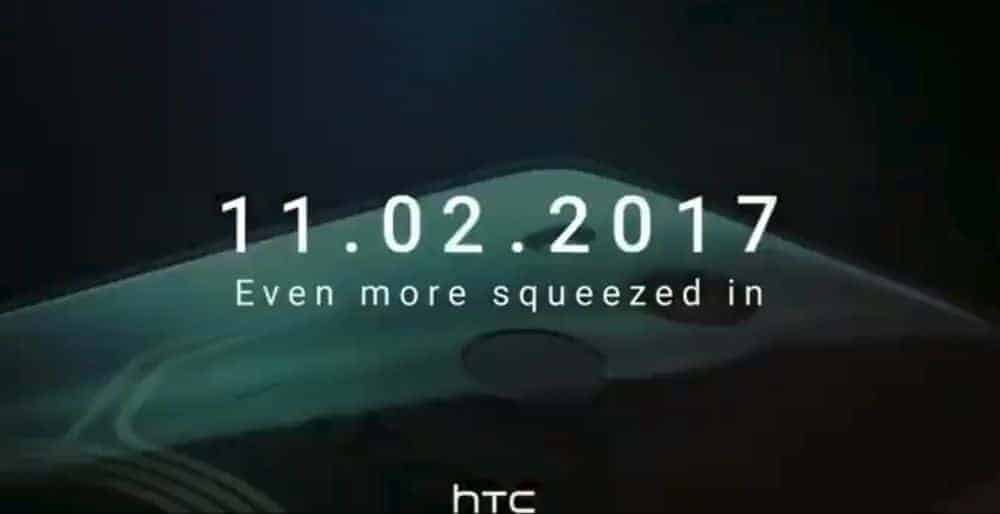 In anticipation of its imminent launch event set for the 2nd of November, HTC recently tweeted a new teaser captioning the words “Even more squeezed in,” confirming that the upcoming smartphone in the U series will borrow the Edge Sense technology from the HTC U11 flagship released earlier this year. The tweet doesn’t shed any new light on exactly what new device will be unveiled, with previous rumors hinting at either a new HTC U11 (Plus) variant with a full-screen design or a budget-friendlier alternative dubbed the HTC U11 Life.

The HTC U11 hasn’t been the as successful as the Taiwanese smartphone maker would have hoped, in that the device didn’t earn critical acclaim on a global scale, and sadly this seems to have been a common theme among HTC’s releases over the past several years. Having said that, recent rumors suggested that the OEM will intend to mend this situation by re-releasing the HTC U11 flagship in a slightly modified variant identified by the suffix “Plus”, promoting a more up-to-date full-screen design with an 18:9 aspect ratio, leading to considerably thinner bezels. On the other hand, other reports proposed that HTC might want to cover some of its losses by releasing a new budget-friendly device right in time for the year’s end shopping season. This mysterious smartphone has been referred to as the HTC U11 Life, with rumors hinting at the inclusion of a 5.2-inch LCD display with a full-HD resolution, a Qualcomm Snapdragon 630 system-on-chip paired with 3GB of RAM, and 32GB of on-board memory.

Regardless of which smartphone will be officially introduced tomorrow, it’s very clear that the device will take advantage of Edge Sense technology; the same type of pressure-sensitive frame that was also borrowed by Google in its latest flagship phone series labeled Pixel 2. It gives users a new method of interacting with their handsets by squeezing the edges of the phone in order to launch specific applications or perform particular tasks like enabling the flashlight or capturing a screenshot. The pressure sensors can also differentiate between short and long squeezes, and users can assign different actions for each. It remains to be seen if Edge Sense has been changed or further improved since its initial debut with the HTC U11.