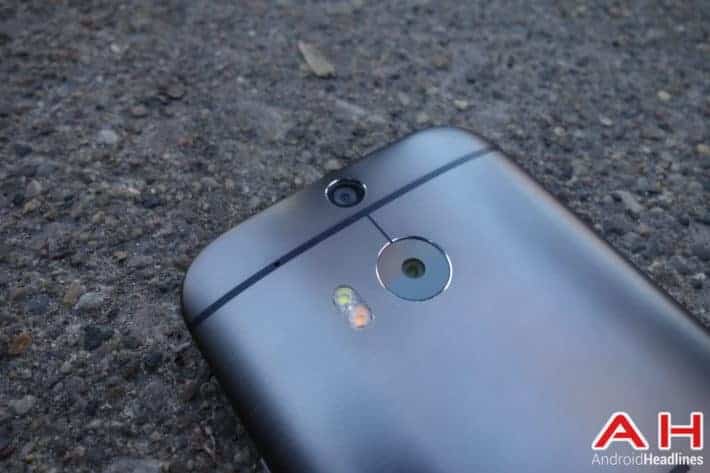 HTC has announced plans to release a new dual-camera phone in 2018. Back in 2014, the Taiwan-based company pioneered the dual-camera setup with the HTC One (M8), making use of a main 4-megapixel Ultrapixel sensor, alongside a secondary depth sensor that allowed for varying points of focus. But two years later the company scrapped the idea altogether in favor of a more traditional single camera with a higher megapixel count. Today, though, HTC’s President Chialin Chang has confirmed the company will once again enter the dual-camera market.

Although the company initially pioneered the dual-camera setup, the overall image quality lagged behind that of competing smartphones. Recently, though, HTC has put a big focus on its smartphone cameras, with the HTC U11 even setting a DxOMark record earlier this year and the U11 Plus said to have further improved upon this, so it’s no surprise the company now has plans to adopt the increasingly popular dual-camera setup. It’s currently unknown which set up the company will opt for in their final product, but there are certainly a number of options available. After all, the likes of Huawei and Essential have opted for a monochrome secondary sensor in order to add detail, while LG has opted for a wide-angle lens. On the other hand, companies such as Samsung and Apple have chosen to include telephoto lenses that allow for bokeh effects. HTC could go for either of these three setups, or even create an all-new one, but considering the company’s history with the HTC One (M8), it wouldn’t be surprising to see it include a secondary telephoto lens in order to create images with high-quality bokeh effects. Currently, though, it appears HTC’s primary focus is promoting the newly-announced HTC U11 Plus and U11 Life.

For those who don’t know, the U11 Plus now substitutes the U11 as HTC’s primary flagship and sports a large 6-inch display with an 18:9 aspect ratio. Also, on the inside the manufacturer has included Qualcomm’s Snapdragon 835 alongside either 4GB or 6GB of RAM, depending on the storage option chosen. Speaking of which, both 64GB and 128GB options are available. On the other hand, the smaller U11 Life is a mid-range device that also forms part of the Android One lineup. It features a traditional 5.2-inch display, is powered by the Snapdragon 630 and comes equipped with either 3GB or 4GB of RAM.