Honor China has just confirmed that the Honor V10 will be announced on November 28 by releasing a teaser image on its official Weibo (Chinese social network) page. The company also confirmed that the phone will be fueled by the Kirin 970 which comes with AI capabilities, this is Huawei’s flagship processor which fuels the company’s Mate 10 flagship lineup of devices, and Honor basically confirmed that it will be included in the Honor V10 by mentioning the phone’s ‘AI capabilities’, though the company did not specifically mention the Kirin 970. In addition to that, Honor also confirmed that the V10 will come with a dual camera setup, the two circles next to the ‘V10’ confirm that, as they did for the company’s previous phones.

Now, the company’s CEO, Zhao Ming, did recently confirm that the Kirin 970 will be included in the Honor V10, which basically confirms what we’ve mentioned in the first paragraph. In addition to that, Mr. Ming also confirmed that the V10 will arrive with Android 8.0 Oreo out of the box, and on top of it you’ll get Huawei’s Emotion UI (EMUI) 8.0 skin which has also been pre-installed on the Huawei Mate 10, Mate 10 Pro and PORSCHE DESIGN Mate 10 handsets. Now, we do not have all the specs for the Honor V10, but the phone is rumored to arrive with a 6-inch display which will sport an 18:9 aspect ratio, and in addition to that, the phone will sport a rear-facing fingerprint scanner, while it will utilize on-screen navigation keys. The device will probably arrive with 20 and 16-megapixel shooters on the back, though unlike the Mate 10 flagship line, Leica’s cameras will not be a part of the package. The device will probably be made out of metal, though it’s possible that Honor may opt for a metal and glass build here, we’ll just have to wait and see what will happen.

The Honor V10 will almost certainly ship with 6GB of RAM and 64GB of native storage, though it’s possible that the company will unveil more than one variants of this phone. A 4,000mAh non-removable battery has also been rumored for this phone, and the device will offer fast charging as well. A 3.5mm. The headphone jack will be a part of this package, and so will some sort of waterproofing, the device will probably arrive with IP67 certification. 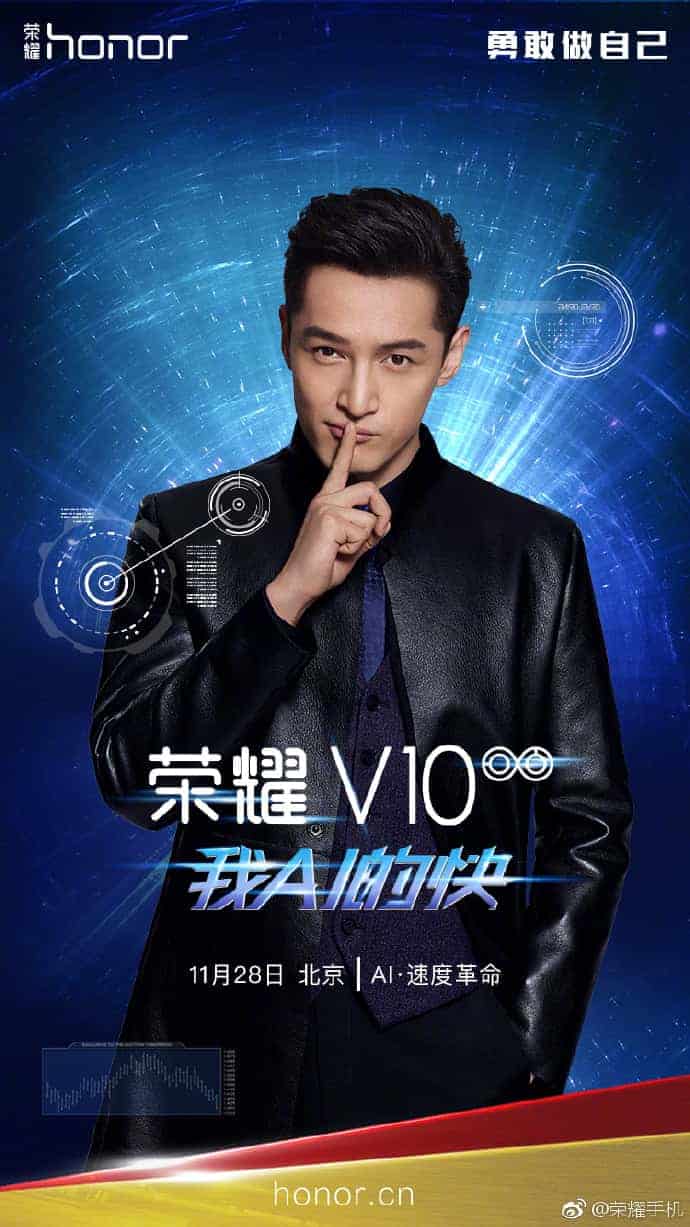