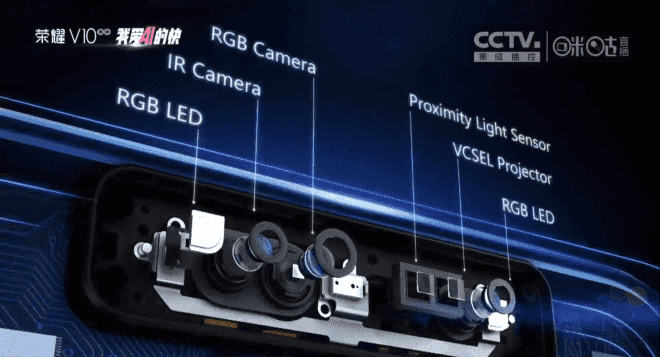 The Honor V10 flagship was officially unveiled yesterday, November 28, and Honor's parent company, Huawei, together with its subsidiary took this opportunity to showcase a new technology designed to compete with Apple's Face ID. To be precise, this particular technology is not implemented on the latest Honor V10 and Honor was unable to reveal a concrete roadmap for when this sensor array will make it into a full production device. Nevertheless, it's interesting to see that Huawei / Honor hasn't lost its desire to challenge or be inspired by Apple, and this recent tech demonstration does seem to offer a glimpse into the Chinese OEM's plans for the relatively near future.

Similar to how Apple's Face ID technology works, Huawei and Honor's take on face recognition relies on a special camera array capable of creating a depth map of the human face. Reportedly, this technology can create a 3D model by capturing 300,000 points in space, which is 10 times more compared to what the iPhone X is capable of. Evidently, this also allows for secondary features such as animated emojis, and judging by the OEMs' demonstration on stage, their solution appears to be more accurate or at least it can tell when the user is sticking out their tongues, unlike Face ID. On the other hand, Huawei / Honor's sensor array requires 10 seconds to recreate a precise 3D model of the human face, and needless to say, this is a considerably larger amount of time compared to pretty much any face identification or biometric authentication technology currently available on mobile devices. But in Huawei and Honor's defense, the sensor array showcased at the end of the Honor V10 presentation is evidently not ready for mass production, so it's likely that certain characteristics will improve by the time the technology will be ready for the consumer market.

With the increasing popularity of the full-screen form factor, many OEMs are now thinking of ways to either reposition the existing fingerprint sensor or replace it altogether with a different solution. Assuming that Huawei and Honor will continue to pursue this type of technology, it could be that certain future flagships bearing the aforementioned brands might do away with fingerprint sensors, similar to how Apple abandoned this tech in favor of the new Face ID. However as previously mentioned, no release time-frames have been given so only time will tell whether Huawei and/or Honor intend on having this tech ready for the 2018 smartphone lineup. 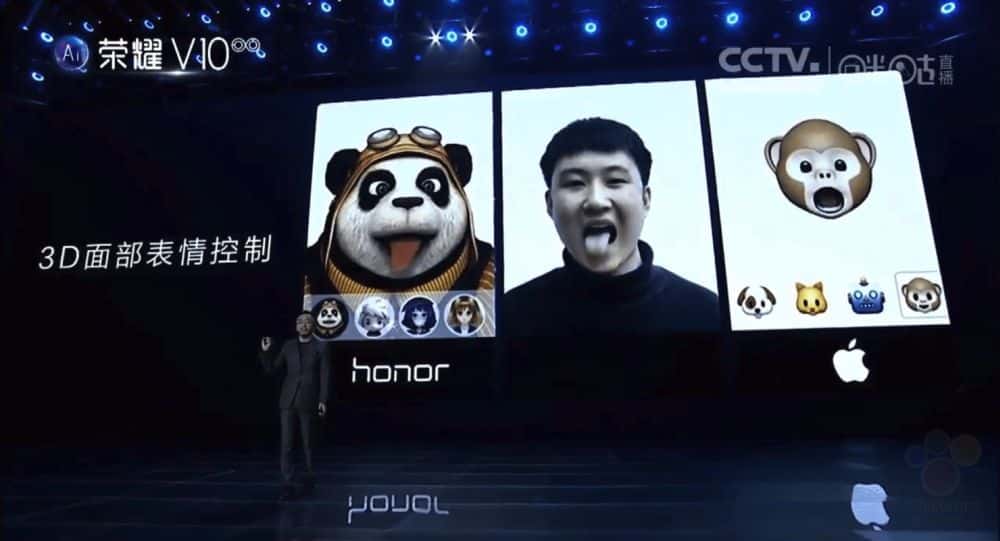