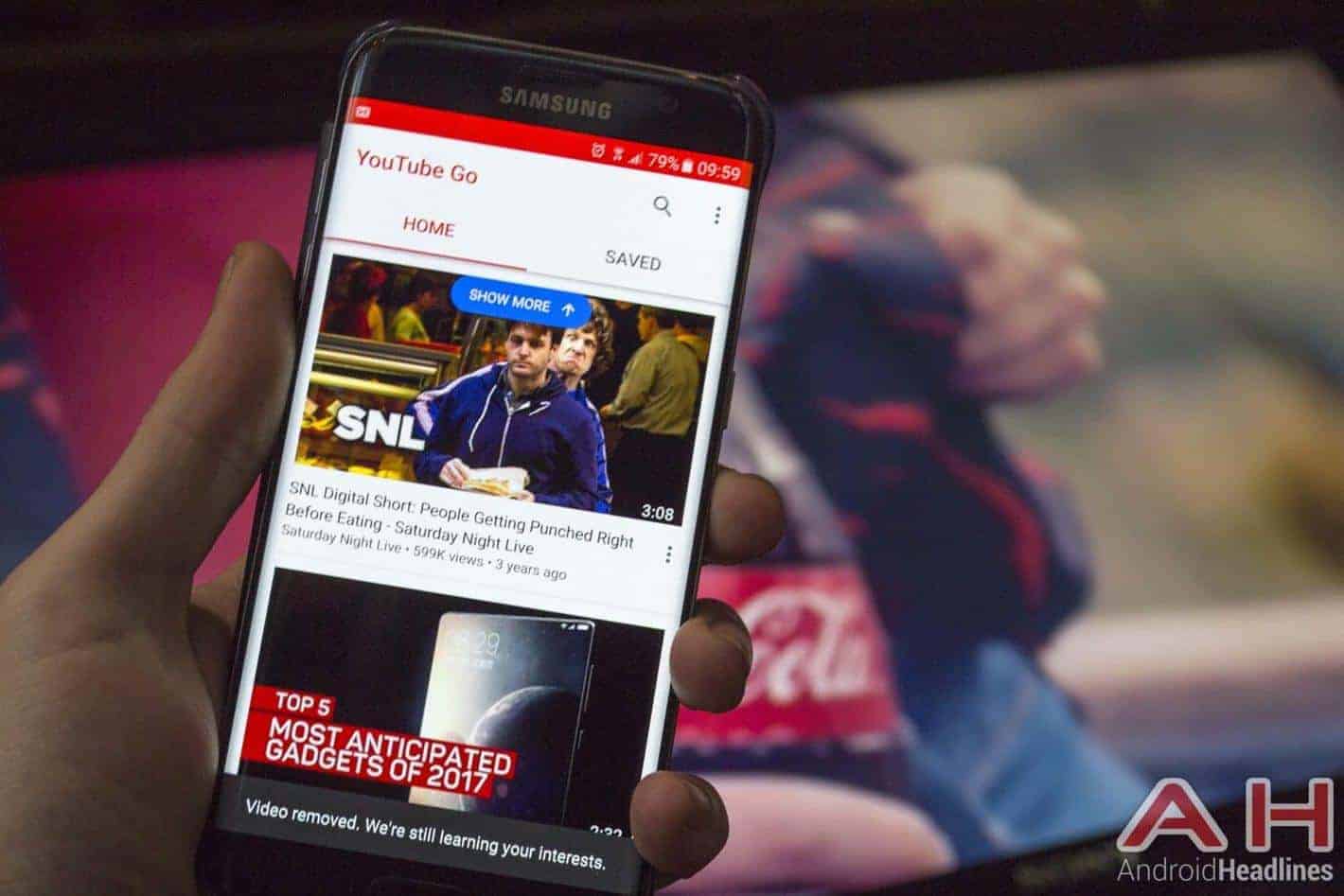 Google's YouTube Go Android app hit the stable channel earlier this month following more than nine months of extensive open beta testing. Originally introduced as a lightweight version of YouTube, the app's core concept hasn't changed since its release, albeit its overall design has been refined to a significant degree in the meantime. The current version of the Android service appears to be in line with the aesthetic that YouTube introduced in late August simultaneously with the first logo change in its history.

No major functionalities have seemingly been added to YouTube Go since the beta, though the process of navigating the app now appears to be significantly more intuitive, with all of its unique features like downloading videos and sharing them via Bluetooth being marked more clearly. The app was designed for users who often struggle to get a strong cellular connection and can't rely on fast wireless speeds, allowing them to mark content they're interested in for offline viewing or share them with friends using the same app. Due to that state of affairs, downloading high-resolution videos isn't an option as not even 720p content can be viewed offline with YouTube Go. Like most other Google-made apps, YouTube Go collects some of your information, primarily with the goal of identifying other people that use the app you may know, according to the company's previous statements on the matter.

The app is unsurprisingly non-demanding in terms of both hardware and software requirements and you should be able to get it to run on virtually every contemporary smartphone or tablet in a supported country. YouTube Go officially supports Android 4.1 Jelly Bean and later iterations of Google's ubiquitous mobile operating system, having been designed to use as little hardware resources as possible. While the lightweight revision of the most popular streaming service on the planet has now officially been released, it still isn't available on a global level and likely never will be. Instead, it's primarily targeted at users in developing countries whose Internet infrastructure still isn't on par with its Western counterparts. Sideloading the latest YouTube Go APK onto a device in an officially unsupported country also doesn't work, with Google opting to implement geoblocking into its Android service. Refer to the banner below to check whether the app is available for download in your country.