Google recently began curating a storehouse of 3D assets for developers to use in 3D, AR, and VR experiences, and the next step in that direction is the introduction of Poly, an API and toolkit that can integrate with a wide range of projects and platforms, and allows developers to search for, modify, and use objects from Google’s library. Poly is completely integrated with Google’s Blocks platform for 3D object development, as well as VR art app Tilt Brush, allowing creators to use objects created in those, or pull objects from Poly into those programs to modify them. Naturally, this integration also means that Blocks and Tilt Brush users can upload their creations directly into Google’s library to be used in Poly.

Poly integrates into popular development suites Unreal Engine and Unity via the Poly Toolkit. This toolkit improves upon the equivalent tool for Tilt Brush, allowing developers to search for, modify, and place objects from the Poly database directly within the same development interface wherein they’re currently creating their game, scene, or app. The Poly API itself can be integrated into apps if developers wish, and can provide experiences beyond simply having objects from Google’s database present. Developers can, for instance, have users sign in with their Google accounts to personalize their experience by letting them choose objects in Poly that they like, or modify Poly-based objects in-app. One possible example could be an online RPG made in VR using Poly assets, wherein players can choose characters, armor, and weapons from Poly, then modify them as they wish, and save those modifications to their character file server-side.

Poly ties closely in to Blocks, a recent Google creation that allows developers to create 3D objects and upload them to a database for others to modify and use. The novice-targeted app is extremely easy for just about anybody to jump in and start making objects with, but full-featured enough to allow experienced creators to add artistic touches and make complex objects. Likewise, the creation interface of Blocks is compatible with the HTC Vive and the Oculus Rift, making it possible to enter a virtual space with your creations and scale them up or down to have a look at the product and add in fine details by interacting with your growable, shrinkable creation as it were right in front of you. 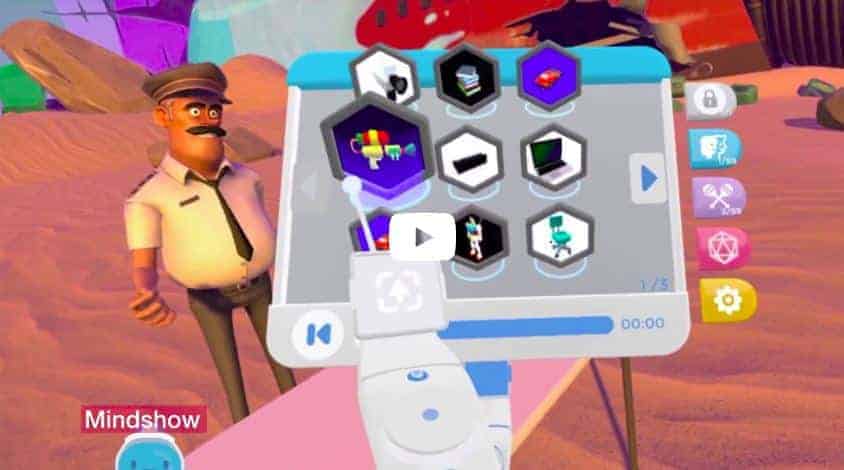