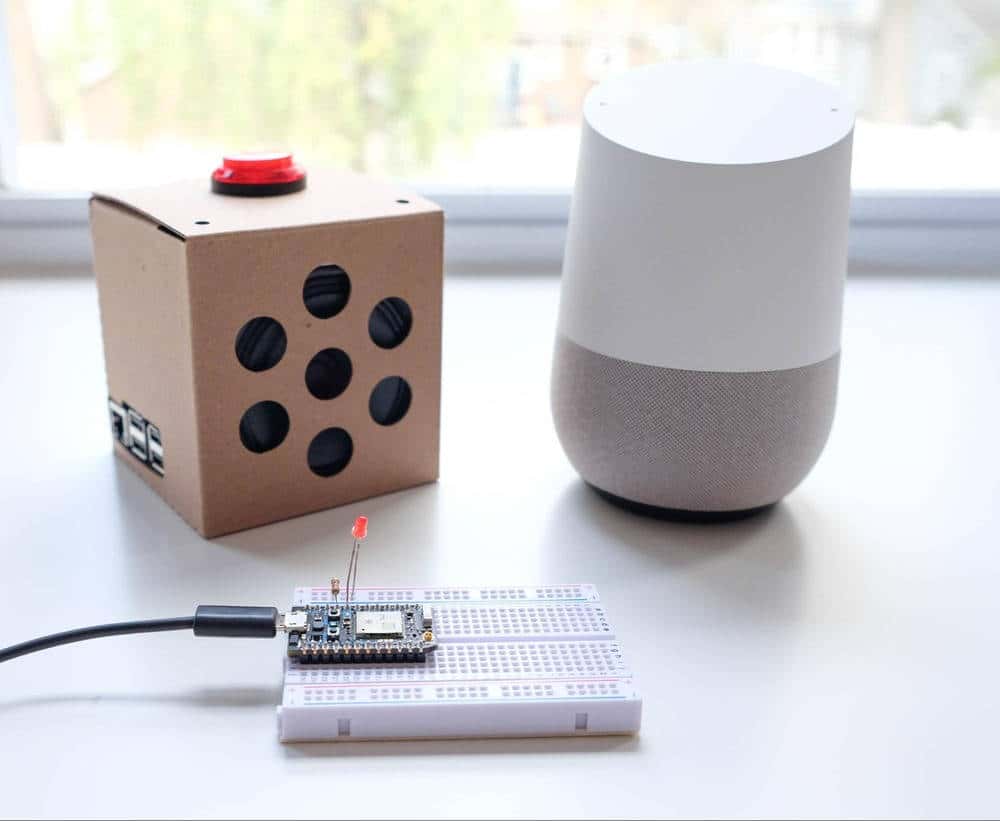 Google's Particle Photon development kit and accompanying software can help a developer hook an IoT device or software application into Google Assistant to easily add voice capabilities, and the company has put together a special tutorial with an example application meant to help device makers do just that. The tutorial shows how to use the development board, how to modify it, and how to interact with it on a software level via various commands. By following the tutorial, makers can directly hook the development board into hardware like an Android device, a PC being used for development, or a Google Home, so long as they have the right hardware.

The example software that Google created to go with the tutorial includes components that hook into Google's Dialogflow and Firebase toolkits which allow for AI processing of speech and cloud functions. Going from this example, makers can modify bits and pieces as needed for a given application. A maker could, for example, use the example's Dialogflow integration to interpret the user's voice commands, then rely on the Firebase integration to hook into their own outside server to pull data that corresponds to the user's commands. Things like a talking chatbot, music discovery service, and AI-based audio games are just a few possibilities for what could be made just by branching off of the example app, and even more can be done when makers actually use the principles taught in the example to create their own apps from scratch.

The kit itself is a Wi-Fi development board with a special processor and a Micro-USB port, allowing makers to hook it up to various types of finished and testing hardware, which also means that makers can connect the board to their own software. Much like a Raspberry Pi and other development boards, users can solder on components to add capabilities to the development board, or even act as a bridge to link it with other circuit boards. This capability could even allow makers to develop hardware mods for existing products, such as mods that can hook up to a non-smart speaker and provide it with AI capabilities and other features.

Advertisement
Read Google's IoT Tutorial
Advertisement
Trusted By Millions
Independent, Expert Android News You Can Trust, Since 2010
Publishing More Android Than Anyone Else
29
Today
186
This Week
106
This Month
4093
This Year
105570
All Time
Advertisement