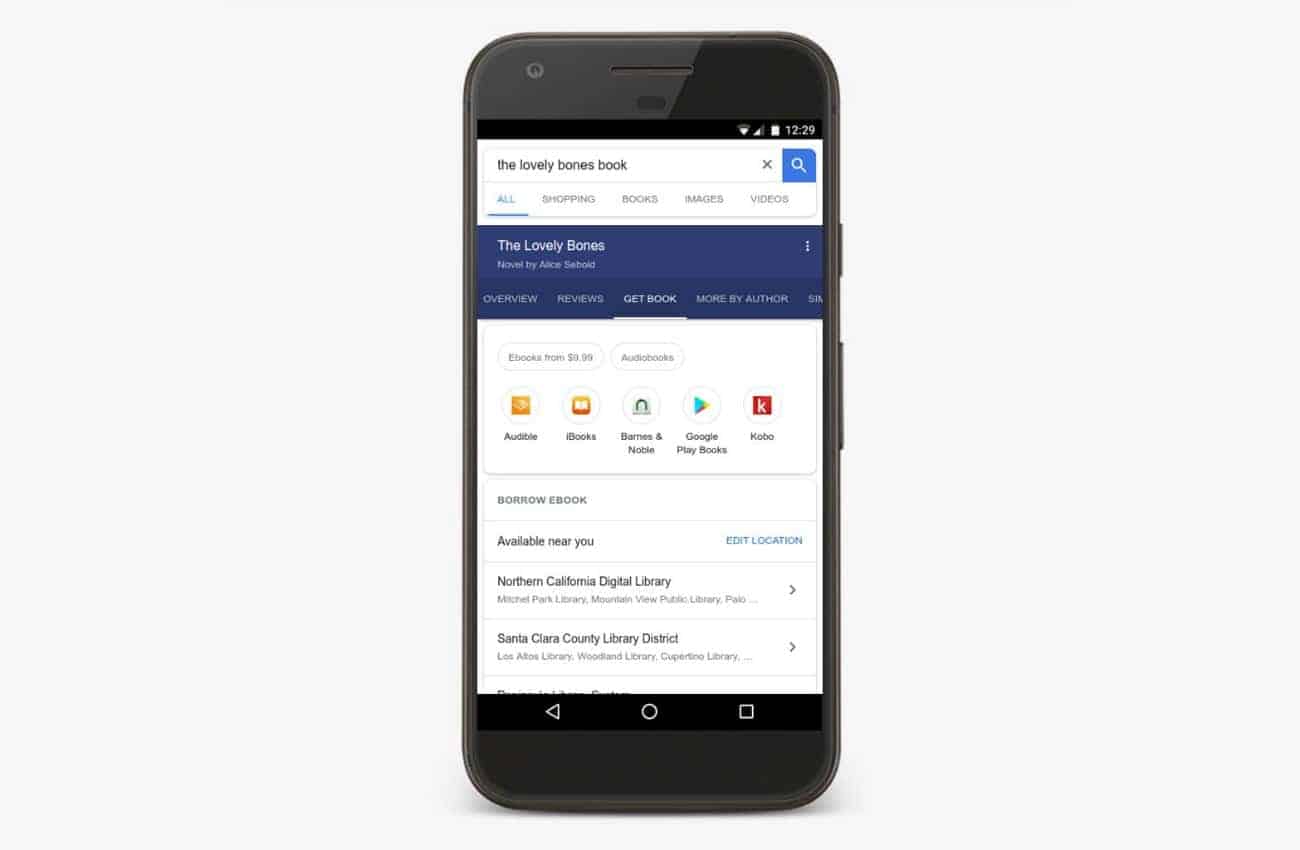 Google has taken to its official Twitter page to let fans of Audiobooks know that those can now be found via a Google search. An accompanying image shows what looks to be a typical search for a book performed in the dedicated Google app. There, the new feature is found easily enough via the apps contextually derived search result cards. On the card that returns from a search for a book, it resides behind a quick tap on the "get book" tab. That will list a number of services and apps that can be used to obtain the book. A second tap on the "Audiobooks" suggestion eliminates results that don't include an audiobook version of the searched literary item, leaving only those that do support or offer the desired audiobook.

Unfortunately, with consideration for reports from early November, this new feature doesn't immediately seem to be linked to any kind of update to the Google Play Store which would include Audiobook formatted content for that market. That doesn't mean this feature hasn't been incorporated in preparation for that eventuality since the Play Store is listed in the responses in the image Google included with its tweet. However, current searches where the Audiobooks option is selected remove the Play Store from the resulting markets or services through which they can be bought. So, for now, it doesn't look like Google is ready to add audiobooks to its own content store. However, this does all add up to a convenient way for users to find their favorite stories in audio format with a more inclusive search.

In fact, more than anything else, this moderate tweak to Google's search functionality should make it easier to locate a given book without having to scroll through an inordinate number of pages. It also saves users, for the most part, from what can be a very stressful experience – namely, from having to navigate through any number of various applications or websites associated with audiobooks in search of their next title. That's good news for anybody who wants to save some time when preparing for a road trip, as Google's tweet suggests, or just in general.