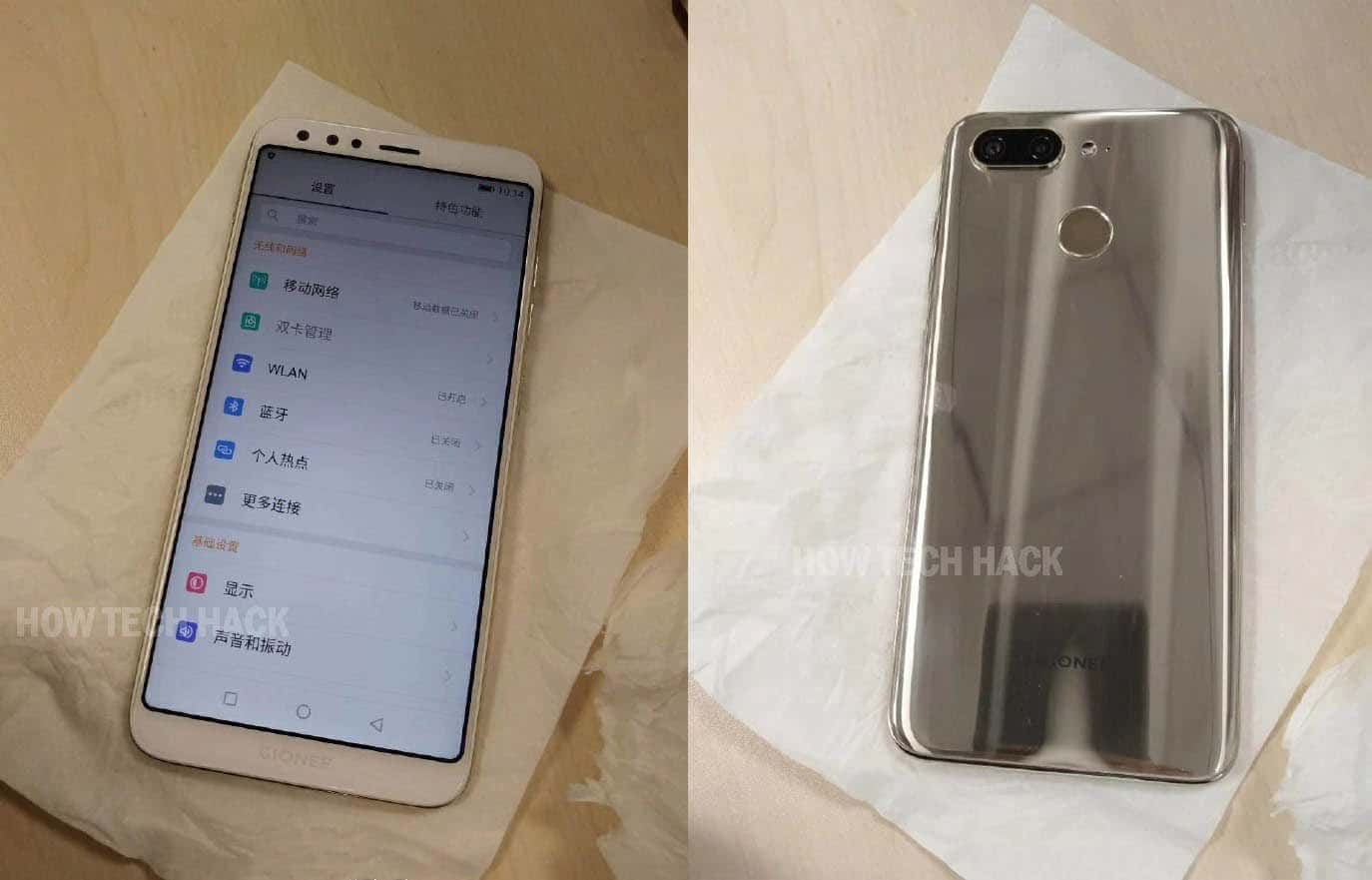 Two real-life images that seem to be depicting the upcoming Gionee S11 appeared online earlier this week, showing a device that appears to be identical to the one featured in the Chinese phone maker's first official teaser for the smartphone. The two photographs that can be seen above carry the watermark of one tech blog but no evidence of them being shared through any of its channels has yet emerged. The front shot of the handset shows its Settings menu which lists a number of its connectivity options like Bluetooth and Wi-Fi, in addition to confirming that the Gionee S11 will boast dual-SIM capabilities. It's still unclear whether the company opted for a hybrid SIM setup or if its next smartphone will ship with a dedicated microSD card slot, though all previous rumors suggest that microSD card support will be part of the package one way or the other.

The Gionee S11 features an 18:9 screen with relatively thin bezels and lacks a physical Home button, with its circular fingerprint scanner residing on its back, being centered near the top of its body. A dual-camera setup with two horizontally arranged lenses is also present on the rear plate of the upcoming Android handset, with Gionee previously confirming that the smartphone will take advantage of a 16-megapixel sensor with autofocus support and a secondary 5-megapixel module that will presumably be used for adding a bokeh effect to images. The slim top bezel of the Gionee S11 will also sport a dual-camera setup that can be seen in the newly sighted photographs, with the main sensor being the same 16-megapixel one found on the other side of the phone but its support being of the 8-megapixel variety, Gionee said earlier this month. As such, the Gionee S11 will be a relatively selfie-focused device, much like many other Android handsets that have recently been released in the Far Eastern country.

The Chinese company's first teaser for the Gionee S11 revealed that its next offering will sport 6GB of RAM and 64GB of storage space but made no mention of the SoC powering it, with one recent benchmark sighting pointing to MediaTek's MT6763 (Helio P23) as its silicon of choice. The handset will be officially announced in China tomorrow and should go on sale by early December, though Gionee has yet to confirm it plans on bringing the device to markets outside of its home country.