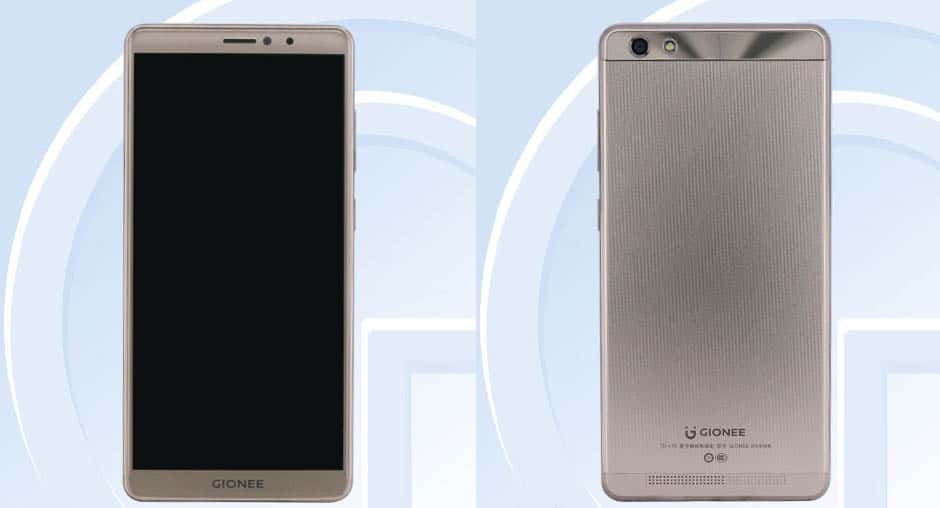 A Gionee-made smartphone bearing the model number GN5006 appeared in the database of Chinese telecommunications regulator TENAA earlier this week, having received the mandatory certification for its commercial launch in the Far Eastern country. The handset appears to be related to the Gionee GN5007 that was spotted online several days back, with the data found in its certificates suggesting that it's a somewhat downgraded version of the previously sighted device. A virtually identical smartphone already passed through TENAA in early November, identified as the Gionee GN5006L, with some industry insiders speculating that the said product was the upcoming Gionee Steel 3.

According to the newly uncovered listing, the Gionee GN5006 is equipped with a 5.5-inch HD+ panel featuring a resolution of 1,440 by 720 pixels amounting to an aspect ratio of 18:9, or 2:1. While this taller image format gained significant traction in the mobile industry over the course of this year and trickled down to some mid-range devices with FHD+ (2,160 x 1,080) displays, the Gionee GN5006 appears to be sporting the lowest-resolution 18:9 screen out of all Android handsets to date, though it does share that title with some other models like the BLUBOO S8. The TENAA-issued certificate also reveals that the smartphone is powered by an unspecified octa-core SoC with a maximum operating frequency of 1.4GHz, possibly the Qualcomm Snapdragon 435 (MSM8940) that the Chinese original equipment manufacturer already used in the Gionee M7 Power released earlier this month. Two variants of the device appear to be heading to the market, with the more affordable one having 2GB of RAM and 16GB of internal flash memory and the other model featuring twice the storage space and 3GB of RAM. A microSD card with support for up to 256GB of additional memory is also part of the package, as is a presumably reskinned version of Android 7.1.1 Nougat, according to the same source.

The Gionee GN5006 was listed by TENAA as featuring a 4,000mAh non-removable battery and an 8-megapixel main camera supported by an unspecified LED flash, as well as an 8-megapixel front-facing sensor. The handset's images published by the Chinese regulator that can be seen below reveal a largely bezel-free design that doesn't have a physical Home button. Unlike the previously sighted Gionee GN5007, the GN5006 also doesn't seem to feature a fingerprint scanner on its rear plate or anywhere else on its body, which was also the case with the GN5006L. The handset was certified as weighing 170g and measuring 144.7 x 69.8 x 8.5mm in size, with industry rumors pointing to three colors set to be available on release – Black, Indigo, and Gold. No specific availability windows have yet been rumored, though new additions to Gionee's Steel series or whatever the GN500X devices end up being are likely to launch by the end of the year.