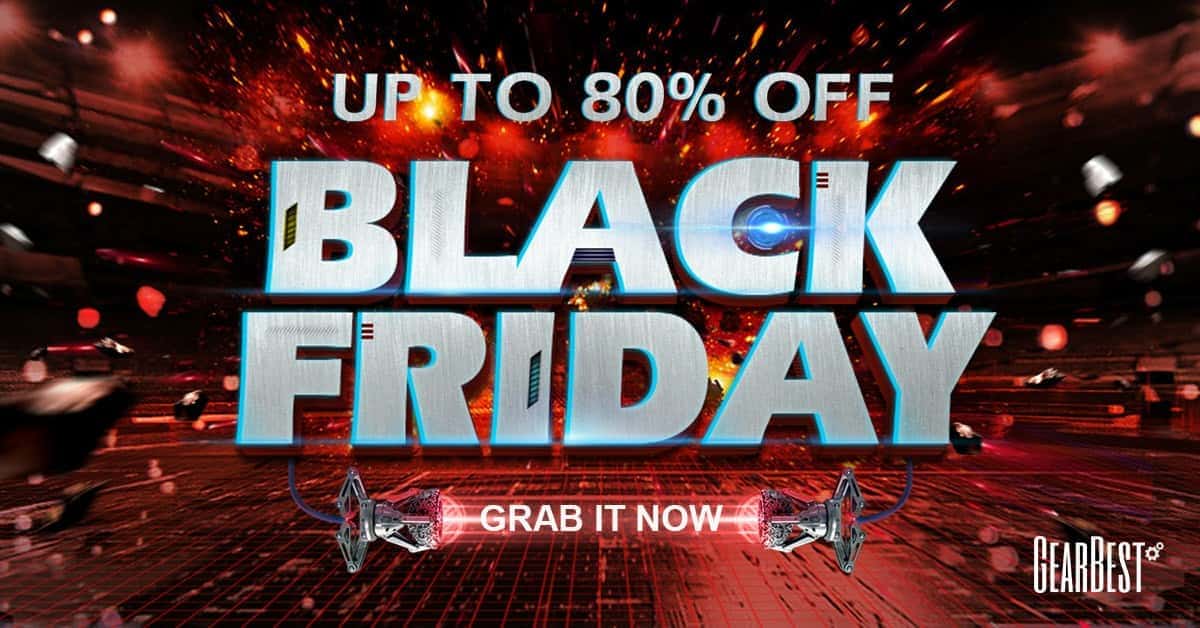 Black Friday is right around the corner, and many companies have already announced their special deals, well, GearBest has just done the same. GearBest has actually separated its sale in three stages, the first stage is called 'Preheat Period' and starts on November 20, while it will last until November 23. During this stage, you'll be able to find a number of random deals on the company's website, this is supposed to be a warm-up for the actual sale, though you'll be able to find plenty of nice deals in this stage of the sale as well.

The second stage is called 'Formal Period', it starts on November 23, while it will last until November 27. This period will be filled with all kinds of deals and discounts of up to 80 percent. The last stage of GearBest's huge sale starts on November 27, and it will end on December 4, this stage is called 'Cyber Monday'. Having said that, during this whole period, GearBest will organize all kind of additional discounts that you can grab, like 'Mega Vouchers' and the 'Lucky Draw' game which the company has been organizing in the past as well. With 'Mega Vouchers', you can win vouchers based on your spending on the site, while the 'Lucky Draw' game can bring you free gifts or coupons, depending on how lucky you are, as every customer gets 3 free chances to win something through this activity. 'Lucky Draw' starts on November 20, while it will last until December 4, in case you were wondering. The 'Price Slayers Game' will kick off on November 20 and it will last until December 4, and it will give you a chance to win some additional coupons for products that are available on GearBest. 'Lucky Bags' will also be a part of the offering, this will essentially give you the opportunity to spend a certain amount of money, without even knowing what you'll get, though these 'Lucky Bags' are always worth more than what you're paying for, so… it may be worth it after all.

Now, if you're interested in a specific type of product, you're in luck, as GearBest organized separate deals pages for different products, five of them, to be exact. You can find links to all of these pages down below, including Mobile Phone, Gadgets Sale, Home & Garden, Outdoors & Sports and Fashion Promotion categories. Having said that, you can find more info regarding various GearBest Black Friday activities on the company's website, all the necessary links have been included in the article and below it.