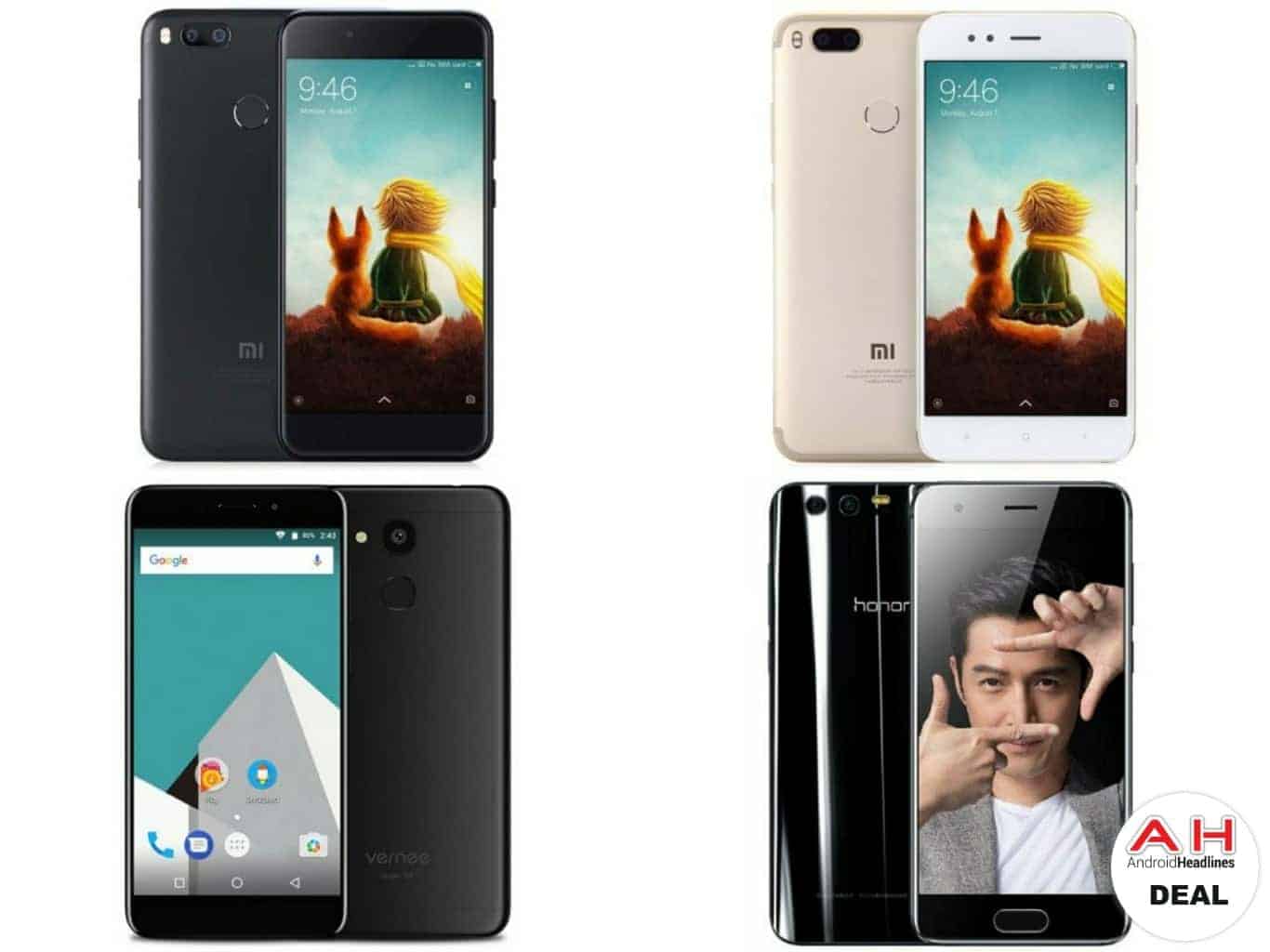 Black Friday is now behind us, but there are still some great discounts for you to grab out there. GearBest is offering some great devices, and the company actually provided us with some extra coupon codes, which will get you great deals for some handsets. In the list down below, you’ll be able to find four smartphones, the Xiaomi Mi A1, Vernee M5, Xiaomi MI 5X and Honor 9, and if you’re interested, read on.

The Xiaomi Mi A1 is the company’s metal-clad smartphone which is identical to the Xiaomi Mi 5X in terms of specs and the design, but it comes with stock Android out of the box, not MIUI. This handset sports a 5.5-inch fullHD (1920 x 1080) display, 4GB of RAM and 64GB of native storage. The phone is fueled by the Snapdragon 625 64-bit octa-core SoC, and it features a dual camera setup on the back. The Vernee M5 is the second phone on this list, this is Vernee’s budget offering, and it packs in 4GB of RAM and 64GB of native storage. The Vernee M5 sports a 13-megapixel shooter on its back, while the phone ships with Android 7.0 Nougat out of the box. The phone features a 5.2-inch HD (1280 x 720) display, while it is fueled by the MediaTek MT6750 64-bit octa-core SoC.

The Xiaomi Mi 5X is the third handset on this list, and as already mentioned, it shares both its specs and the design with the Mi A1. There are two 12-megapixel cameras on the back, and below them, you’ll find a fingerprint scanner. A 5-megapixel shooter is placed on the front side of the phone, while you will find a 3,080mAh non-removable battery on the inside of this phone. The Honor 9 is the last smartphone on this list, this phone is made out of metal and glass, while it sports a 5.15-inch fullHD display. This Honor 9 variant sports 4GB of RAM and 64GB of native storage, while there are 12 and 20-megapixel snappers included on the back of the device. A front-facing fingerprint scanner is also included in this package, while the phone is fueled by the Kirin 960 64-bit octa-core SoC. This is a metal-clad phone which is fueled by the Snapdragon 625 SoC, while it comes with 4GB of RAM and 64GB of internal storage. This is the company’s budget smartphone, it comes with 4GB of RAM and 64GB of native storage, while it sports a 5.2-inch HD display. This phone is made out of metal, there are two 12-megapixel shooters included on its back, while the device offers 4GB of RAM and 64GB of native storage. The Honor 9 is made out of metal and glass, while it comes with a front-facing fingerprint scanner. The device sports 4GB of RAM and 64GB of internal storage.