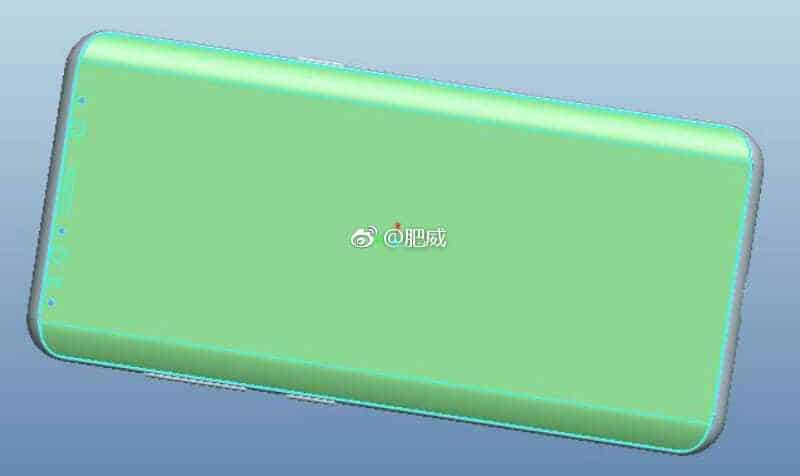 The unannounced Samsung Galaxy S9 is making the rounds once again, this time on the basis of a couple of 3D CAD renders which supposedly hint at the smartphone’s design. The CAD images have emerged on China’s social network Weibo and depict a full-screen design with glass covering both the front and back panels, and unlike some of the previous fan-made renders, this particular design carries a rear-mounted fingerprint sensor instead of adopting a front-facing fingerprint notch at the bottom of the front panel.

Judging by these CAD renders alone, the Galaxy S9 might not depart too much from the design of the Galaxy S8 lineup. It will still carry an edge-to-edge Infinity Display with rounded side edges and very thin top and bottom bezels, and because of this, it will apparently retain the current rear-mounted position of the fingerprint scanner. Previous reports have suggested that with the next-generation flagship, the company might move the sensor to the front panel and hide it underneath a glass substrate. This would leave a notch on the display which would not be populated by pixels, similar to how the Essential PH-1 has a notch at the top where it accommodates the front-facing camera. But needless to say, these recent CAD renders suggest that the Korean company might not go to such lengths to embed the fingerprint recognition sensor within the Infinity Display, and could instead play it safe by continuing with a slightly modified version of the current placement, situating a horizontally oriented sensor beneath a vertical dual-camera setup.

On the other hand, previous reports hinted at the possibility that the Galaxy S9’s back panel will “change a lot” from the current design, and clearly, this is not at all evident by looking at these recent CAD renders. With that in mind, the story of the Galaxy S9 is far from being concluded and only time will tell which of these reports reflected the final product the most. Like in previous years, the series should consist of at least two main models including the standard Galaxy S9 and Galaxy S9 Plus, and while the former is expected to feature a 5.8-inch display, the latter should adopt a larger 6.2-inch screen. The upcoming flagship lineup should be unveiled in early 2018, roughly one year following the debut of the Galaxy S8 series. 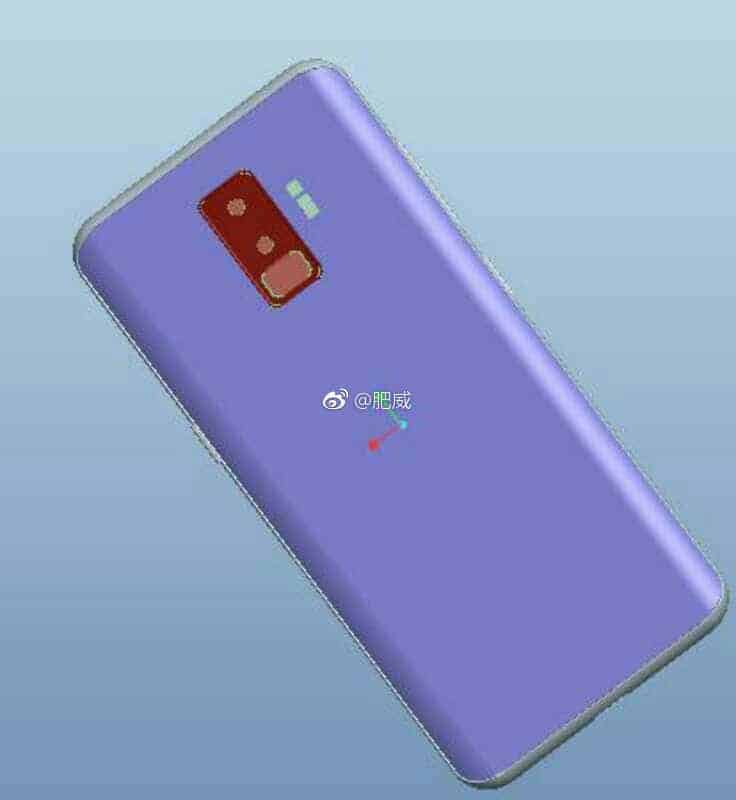