The existence of a Samsung Electronics-made device bearing the model number SM-J250F/DS that’s believed to be the Galaxy J2 Pro (2018) was inadvertently confirmed by the South African division of the company earlier today, with its local unit launching a support page for the Android device that has yet to be officially announced. While the website that can be accessed by referring to the source link below doesn’t reveal any technical specifications of the upcoming handset, it does confirm that the SM-J250F will have a dual-SIM variant set to be sold in select territories.

The international version of the device was also spotted in the database of mobile benchmarking tool Geekbench earlier today, as seen in the image below. According to that particular listing, the likely Galaxy J2 Pro (2018) will be powered by Qualcomm’s mid-range Snapdragon 430 SoC and feature between 1.5GB and 2GB of RAM, presumably coupled with 32GB of native storage space and a microSD card slot. The device was benchmarked as running Android 7.1.1 Nougat, likely enhanced with the Samsung Experience software suite. Being an entry-level model, there are no guarantees that the Galaxy J2 Pro (2018) will ever receive an upgrade to Android 8.0 Oreo as Samsung’s software support for this product category has been relatively inconsistent in recent years. The octa-core SoC powering the device was identified as having a maximum operating frequency of 1.4GHz which is the standard peak clock speed of Qualcomm’s chip and should be suitable for everyday use.

The accidental confirmation of the possible Galaxy J2 Pro (2018) comes shortly after another unit of Samsung verified the existence of the Galaxy A7 (2018) in the same manner just yesterday. While some divisions of the company have a history of prematurely launching support pages for Android devices that are yet to be announced, the influx of such sightings in recent times is not an everyday occurrence. The device itself is likely to be announced by early 2018, potentially even before the end of the year, and should at the very least make its way to Europe and select Asian markets. A stateside release isn’t out of the realm of possibility, though Samsung’s entry-level models released in the U.S. often differ to their international counterparts in terms of specs. 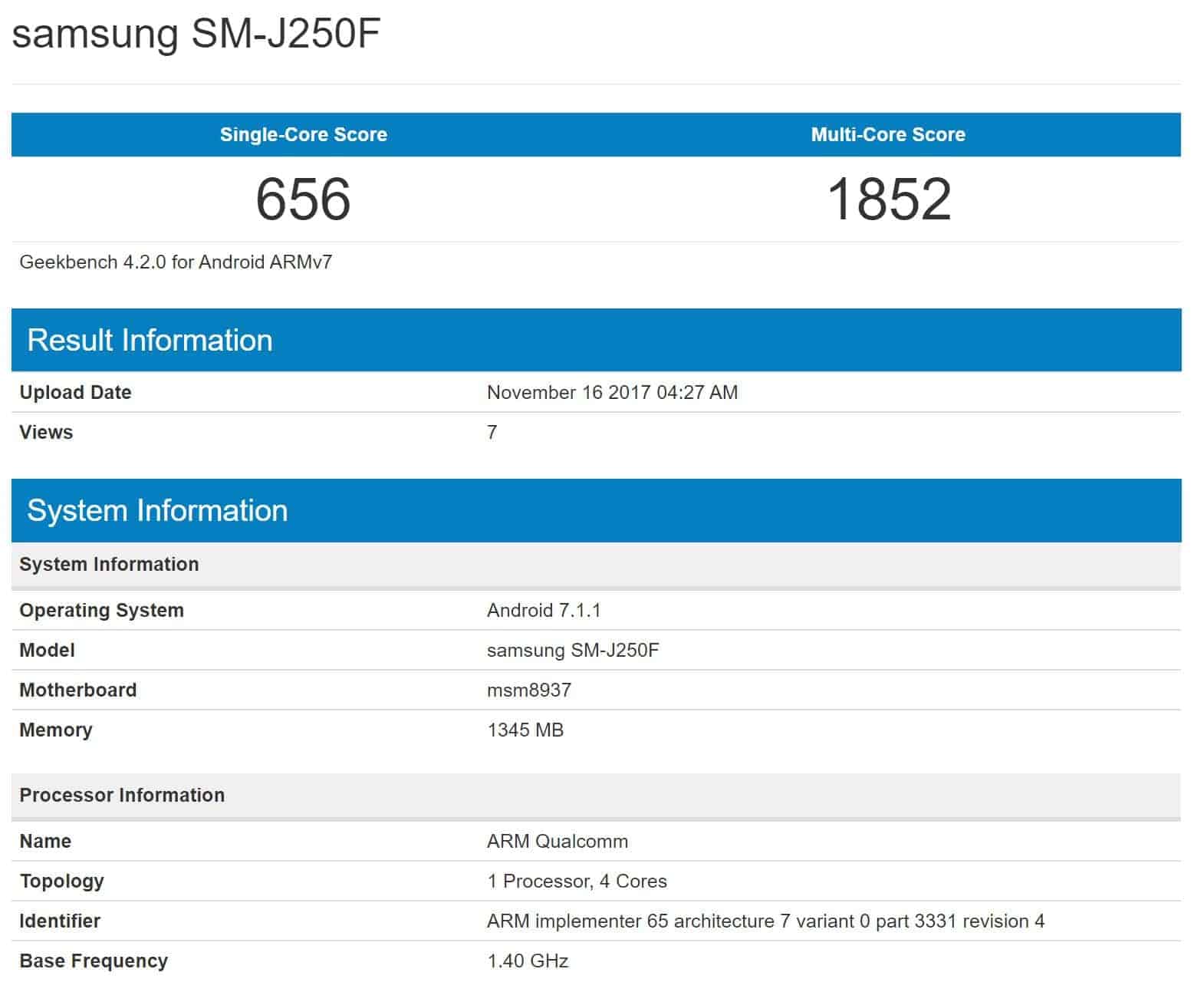