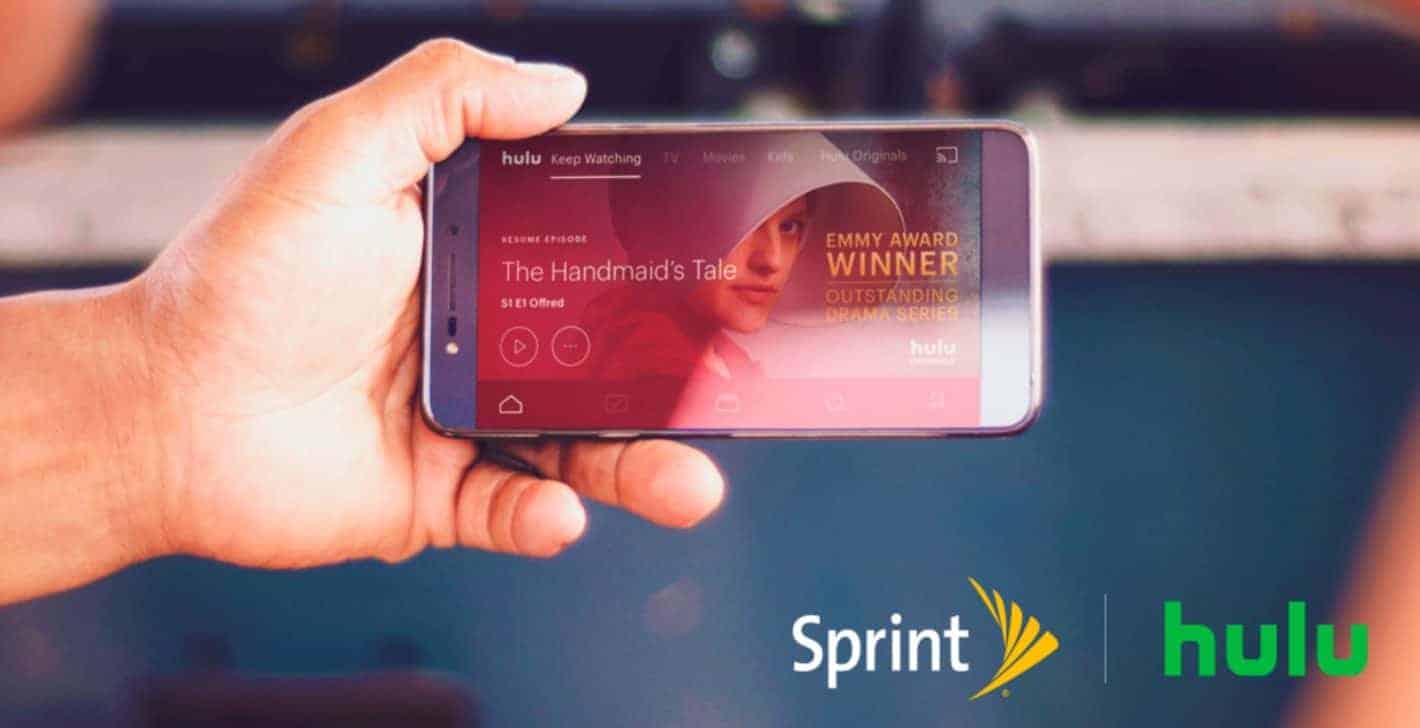 Sprint and Hulu have officially announced that they struck a deal to bundle Hulu’s service with the carrier’s Unlimited Freedom wireless plan, just as rumored. Sprint says the two are a perfect match to take entertainment to the next level and offer a winning combo of unlimited mobile service paired with Hulu’s popular content, including its original series. Both new and existing Sprint Unlimited Freedom plan customers will be able to take advantage of Hulu’s Limited Commercials service starting Friday, November 17th, at no extra cost. Although it’s now bundling Hulu’s service, Sprint says that it will not spike the price of the Unlimited Freedom plan.

As a reminder, Sprint’s Unlimited Freedom wireless plan charges $25 per month per line for unlimited talk, text, and data, as well as a 10GB mobile hotspot. The price is for the first four lines, as the fifth line is for free, which essentially means that customers can get five lines for $100 per month. This is a promotional price, however, good for a little over a year. Starting on January 31, 2019, Sprint will raise the Unlimited Freedom plan prices to $60 per month for the first line, $40 per month for the second, and $30 per month for the third, fourth, and fifth. Sprint says that more than 80 percent of smartphone owners are streaming video on their handsets, and this new Hulu option makes it easier for users to watch TV on the go without having to incur additional monthly fees.

With this new bundle, Sprint is now catching up to rivals that already offer similar services – AT&T offers free HBO with its Unlimited Choice plan, while T-Mobile bundles free Netflix with its family plans. Hulu, for its part, has never bundled its service with a wireless plan, so Sprint is the first one to score such a deal. The Limited Commercials option of the on-demand TV streaming service offers access to all of Hulu’s programming, including thousands of TV shows and movies, and Hulu originals such as The Handmaid’s Tale. As the name itself suggests, however, users will need to put up with a few commercials to enjoy the service. According to Sprint, this new bundle offers the best price for “fully featured unlimited entertainment.”