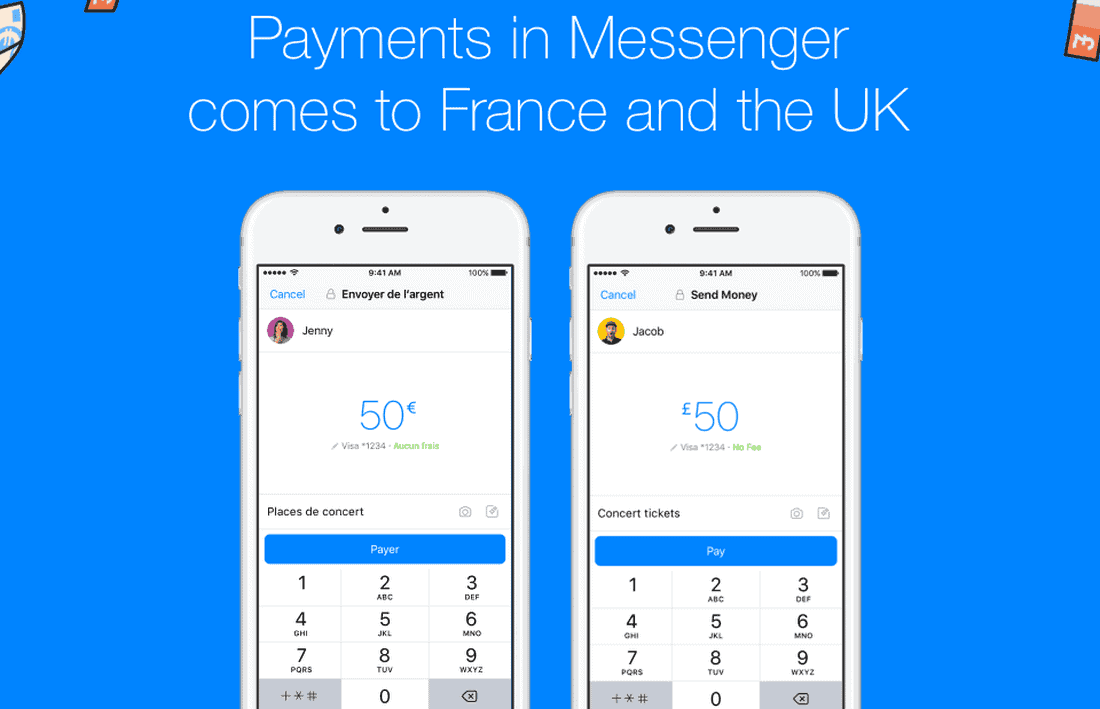 Facebook’s Messenger app in the UK and France is getting a new peer-to-peer (P2P) payments option, allowing users to easily send or receive money via the app. P2P payments in Messenger launched back in 2015, but up until now the perk was exclusive to the United States. Starting today, however, UK and French users will be able to take advantage of the same benefits as their US counterparts, making monetary transactions in a chat on Messenger. To use the feature, Messenger users will have to link their debit cards with the app. Facebook has already started rolling out P2P payments for Messenger users in France and the UK on Tuesday, November 7, but it might take a few weeks for the rollout to complete.

The feature can be useful in a number of scenarios where friends need to transfer money to each other, usually small amounts. Messenger P2P payments can come in handy for splitting the dinner bill, paying a friend back for concert tickets, asking friends to chip in for a birthday present, and so on. According to Facebook’s David Marcus, head of Messenger, most users in the US have been taking advantage of this feature to handle payments of less than $50. It’s a simple and convenient way to transfer money without exchanging bank details or using a separate banking app. Sending money to a friend via Messenger is fast, easy, and secure – just tap the blue “+” icon in the desired conversation, then tap the green Payments icon, select the amount of money you want to transfer, and that’s it.

The first time users set up Messenger payments, they will be prompted to select a payment account. Once the desired debit card is added, future transactions will be easier and faster. To receive money from a friend, users will have to open the respective conversation in a chat head, select the Add Card option, add their card information, and set up their account. The card credentials are protected, encrypted with bank-level security so that the P2P Messenger payments are safe. P2P payments also support M suggestions, which means that when you chat with a friend on Messenger and ask them to send you money for something, the friend will get a suggestion to help them make the payment in a few easy steps.