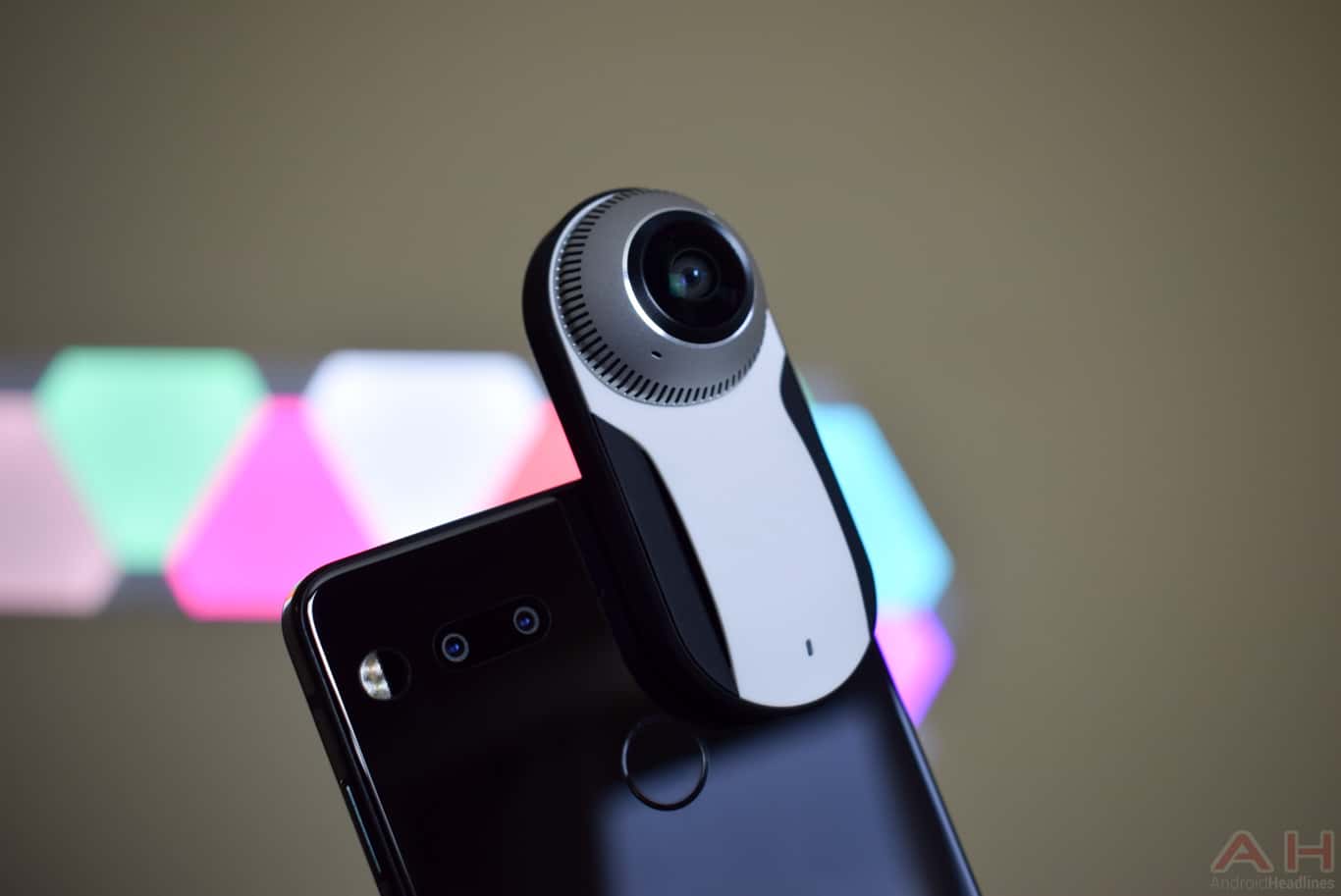 Essential has only introduced one accessory for its phone so far, and that is the 360-degree camera that can just clip onto the back of the Essential PH-1 and be used with the existing camera app. That camera, along with the built-in camera on the Essential PH-1, has gotten quite a few updates in the past few weeks, and now it has another one. This time, bringing support for Facebook Live, allowing users to stream in 360-degrees in real time. And there will be support for Periscope in the near future.

With the 360-degree camera, you could already upload 360-degree video to Facebook, as well as other platforms that support that type of video, but now you are able to live stream it and have people join you as the events unfold. Users watching your live stream will be able to move their phone around and see the entire space around you, like they are actually there. Now if they are on desktop, they'll be able to go ahead and use the mouse to drag around the screen and see what's happening. What's even more impressive is that this is all done within the Essential camera app that is already on the phone. You'll just need to connect your Facebook account after you switch over to the "Live" option in the 360-degree camera section.

Essential has done a good job at making the 360-degree camera easy-to-use, especially since the software is all part of the existing camera app, so that users don't need to download and install another app on their smartphone, like some other cameras force them to do. Essential is going to be adding more live streaming platforms in the very near future, for this little camera, it has already noted that Periscope support is coming soon, and it wouldn't be out of the realm of possibility to see YouTube also get support in the very near future. Seeing as YouTube has also been embracing both 360-degree video and live streaming. The 360-degree camera isn't just a simple camera that attaches to the Essential PH-1, it actually has its own Snapdragon 835 inside running things and will cost you $199. Though if you buy it with the Essential PH-1, it'll be just $179.