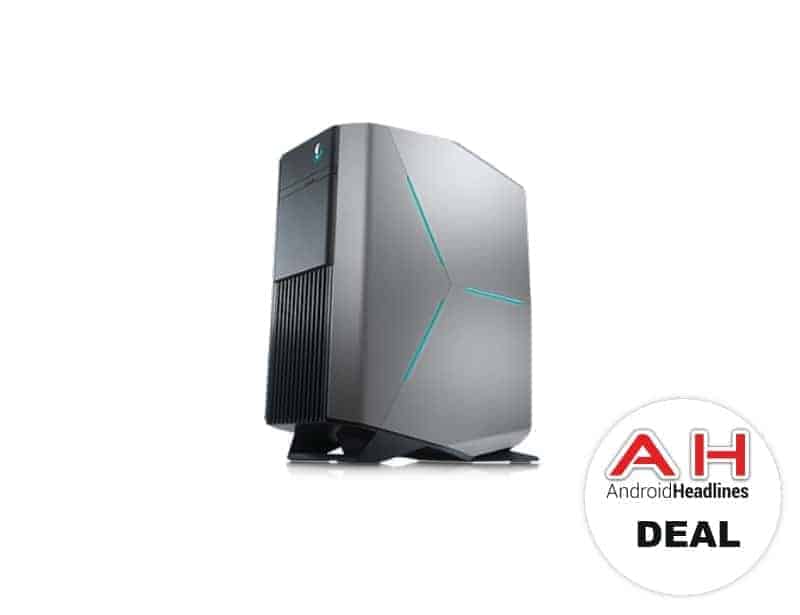 Dell has released its ad scan for its Black Friday sale later this month, earlier today, but that's not all that was announced today. Dell also is kickstarting its own Black Friday sales, with a number of discounts happening now through November 3rd on PC's, laptops and much more. These prices will end at 8AM ET on November 3rd.

Those looking for a new laptop, Dell has a number of them on sale already, from the Inspiron, Alienware and XPS lines. For example, the Dell XPS 15 with a seventh-generation Intel Core i7 processor, 16GB of RAM and 512GB of SSD space, is currently available for $1399. That is $350 off of its regular price, and is a complete powerhouse. The XPS 15 is also the Dell laptop with very thin bezels, and it's one of the more popular laptops from Dell. Now if you are on the lookout for a VR-ready PC, the Alienware Aurora is also on sale. This has a eighth Intel Core i7 processor, 16GB of RAM, along with the NVIDIA GeForce GTX1070 graphics card inside. This is currently on sale for $1549, and that is $200 or 11% off of its regular price. Dell also has a few of LG's new OLED TV's on sale. With the 55-inch model going for $1599 right now and the 65-inch OLED TV going for $2799 (and that includes a 4K Blu-Ray player). These are $700 and $2000 off respectively. Making them some pretty impressive deals even ahead of Black Friday.

And rounding out the top deals from Dell, there is the Dell Wireless 360 Speaker System on sale. This is a round speaker that is currently available for $89.99. That is $60 off of its regular price, of $149. And it's a great speaker to pick up, as it does have aptX support as well. You can find all of these deals and plenty more from Dell's website right now. Remember that these deals are good now through November 3rd at 8AM ET. Dell is also showing off its Black Friday deals for later this month, right now, so you can get your list ready for what you need to pick up. Dell does also have 18-month financing available, so if you don't want to spend $2799 on a new TV right now, but want to take advantage of this killer deal, you can finance it and get a new TV right away.