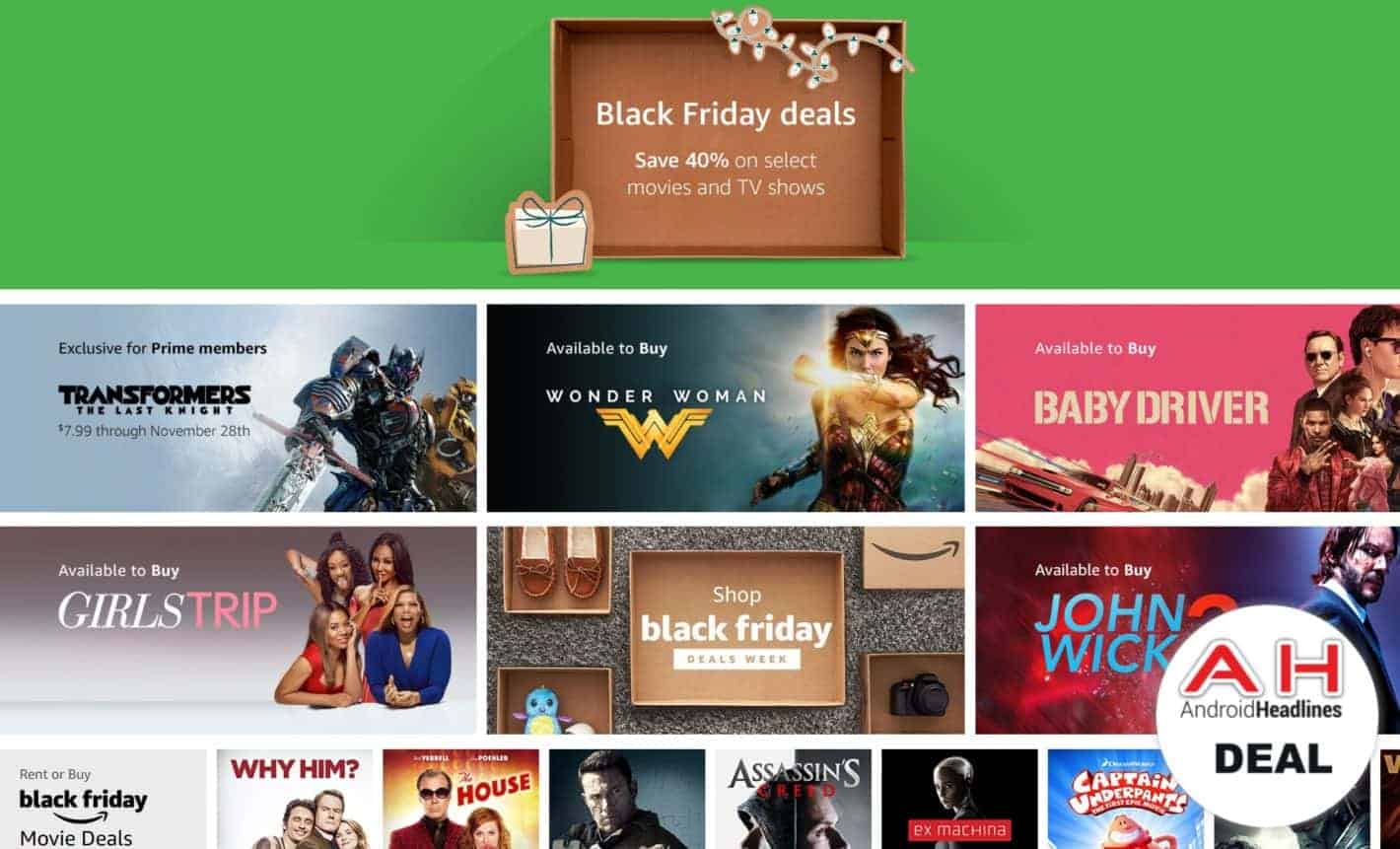 While Amazon has had plenty of deals on all kinds of products for Black Friday they also have lots of digital deals on movies and TV shows at a discount of up to 40 percent off. Not just older movies either but some of the newer movies such as Wonder Woman, Transformers: The Last Knight, and Baby Driver, while TV shows like Power and The Blacklist are in the collection of TV shows that are on sale.

If you're looking to pick up a new movie to watch over the rest of the holiday weekend, some movies like the new Transformers film are on sale $7.99 down from $8.99, while other films like Wonder Woman are on sale for $9.99, both of these are also for the HD versions of the films so you're getting a high resolution version at a much cheaper cost. It's also worth noting that these are film purchases and not rentals so you'll get to keep these movies to watch anytime you want.

If movies aren't what you're really looking for or if the purchases are going to be for someone you know, and they prefer TV shows, you can pick up The Blacklist in any seasons with this discount, though it's worth keeping in mind that each season will be different as season one will cost $14.99 while season five will cost $19.99. Nevertheless those are still some good prices as they are cheaper than they are normally, and since these are Black Friday deals you'll want to consider jumping on them soon so you don't miss out. Some of the movies and TV shows will be listed below but those aren't all the sales on them that Amazon is having as there is quite a large list of other content to choose from, like Deadpool, La La Land, Inception, The Blind Side, Game of Thrones, Silicon Valley and many others. If you or someone you plan to buy a gift for this holiday seasons likes to binge on movies and TV from time to time, these sales from Amazon make for a great gift that will provide hours upon hours of enjoyment.