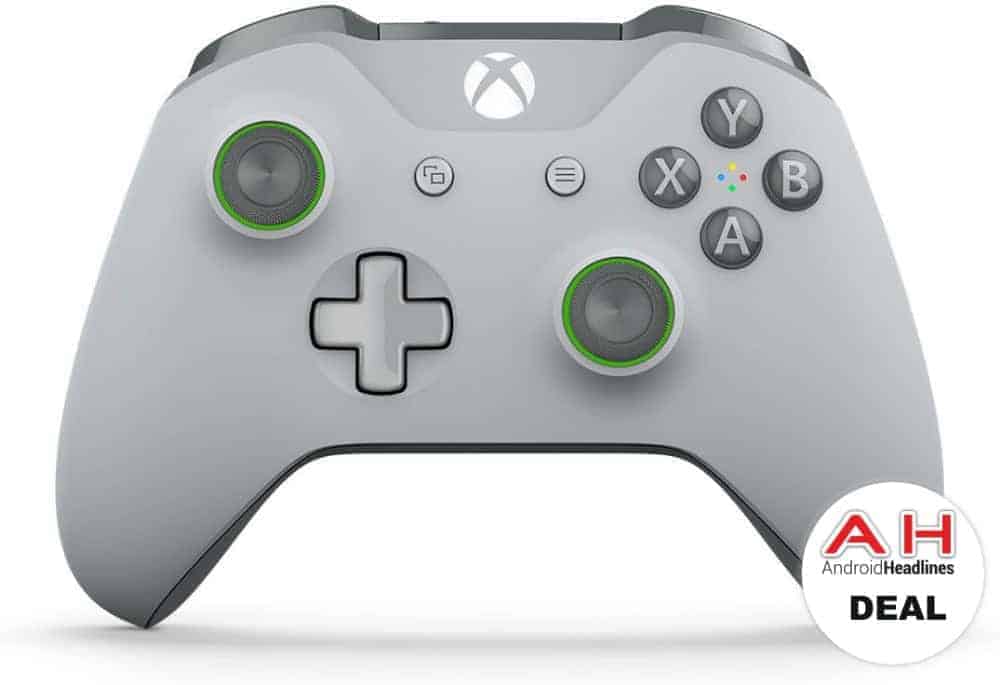 This Xbox Wireless Controller obviously won't do you much good without an Xbox One, Xbox One S or an Xbox One X. Luckily, there are some great deals on the Xbox One S right now, bringing the price down to just $189. This controller will work with any of the three Xbox One consoles, and since it is wireless, it does use batteries. So if you don't already have a couple of AA batteries, you may want to grab a few. Now this does come with batteries, but it is always good to have a few extra around for when you are in a big gaming session and the batteries run out. There is a 3.5mm headphone jack on here, so you can plug in a headset and get serious about your Call of Duty gameplay and so much more. It's a great controller and while only the gray and green color is on sale right now, that likely won't last too long.

This is also eligible for Amazon Prime's free shipping. Which includes free two-day shipping, and pretty cheap next-day shipping if you need it here extra fast. If you are not an Amazon Prime member yet, you can sign up for a free trial of Amazon Prime by hitting the link below. You'll get 30 days free (if you're a student, you get 6 months), and then it's $99/year. Prime members do get a whole lot more than just free shipping though, so be sure to check out the full benefits.

Advertisement
Xbox Wireless Controller
$39.99
Buy Now!
Advertisement
Trusted By Millions
Independent, Expert Android News You Can Trust, Since 2010
Publishing More Android Than Anyone Else
0
Today
186
This Week
106
This Month
4093
This Year
105570
All Time
Advertisement