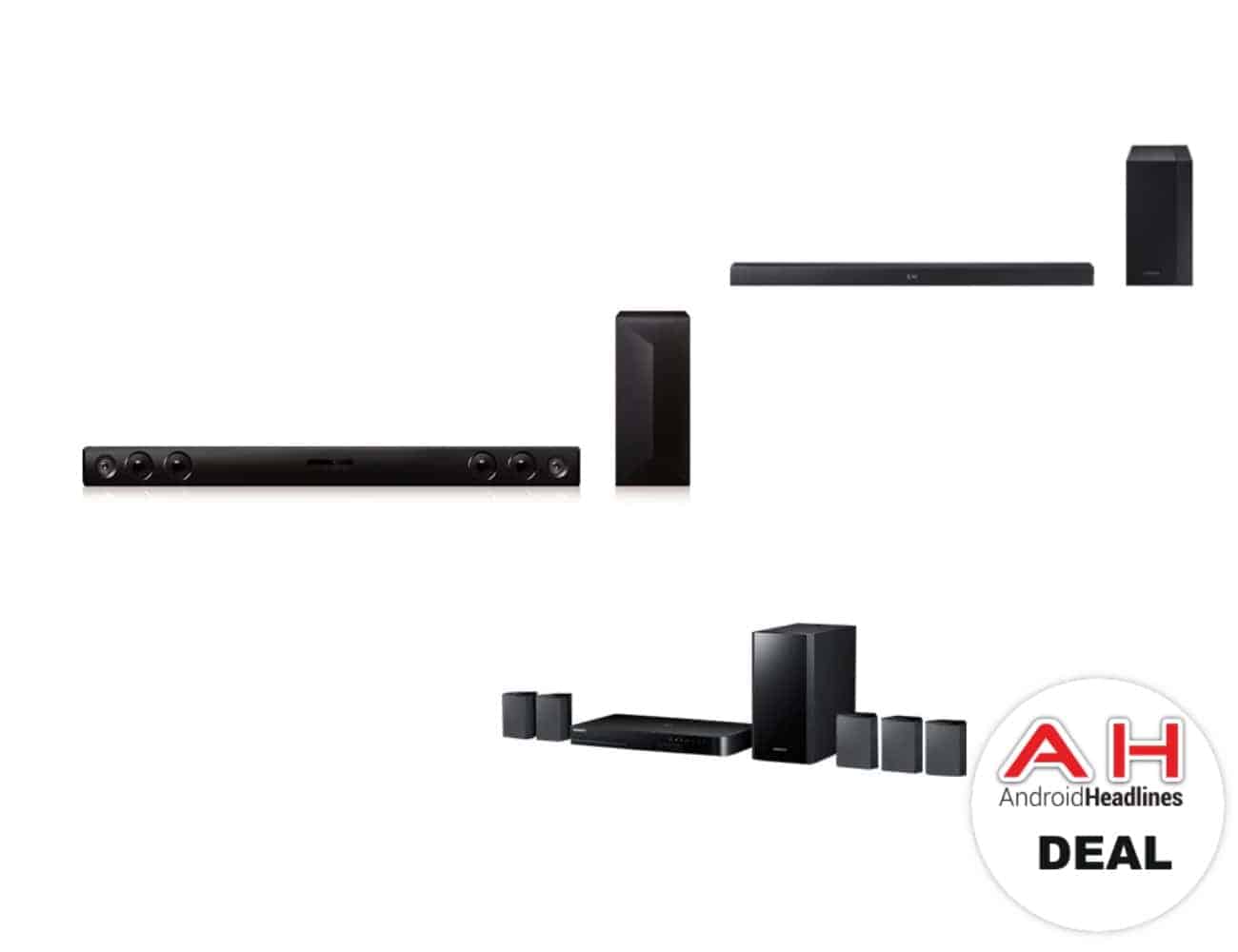 The Samsung HW-M360 is what many would consider the "low-end" of the three listed here. This one does not have a wireless subwoofer, and it is solely just a soundbar, but that's not a bad thing. It can still output a ton of sound, which is great. The LG model here does have a wireless subwoofer which can do up to 200W of power, while the soundbar has two 50W speakers inside, which combined, can really blow you away. Now the second Samsung one, the HT-H4500 is a 5.1-channel home theater system, it's really the whole package and it's a great deal for those looking for a great entertainment setup. In this package, you are getting 5 satellite speakers, a soundbar and a wireless subwoofer, so you'll get true surround sound out of this model here, and for $139, it's perhaps the best soundbar deal available right now.

These are all available from Dell.com right now, which does offer up free shipping and doesn't collect taxes. These are likely to go fast, so if you are looking to pick one up, you'll want to do it quickly, before stock runs out. Now, Dell does offer financing, which most people likely don't need it for these soundbars, but Dell does have some pretty good deals on other laptops and TV's that you may want to finance.