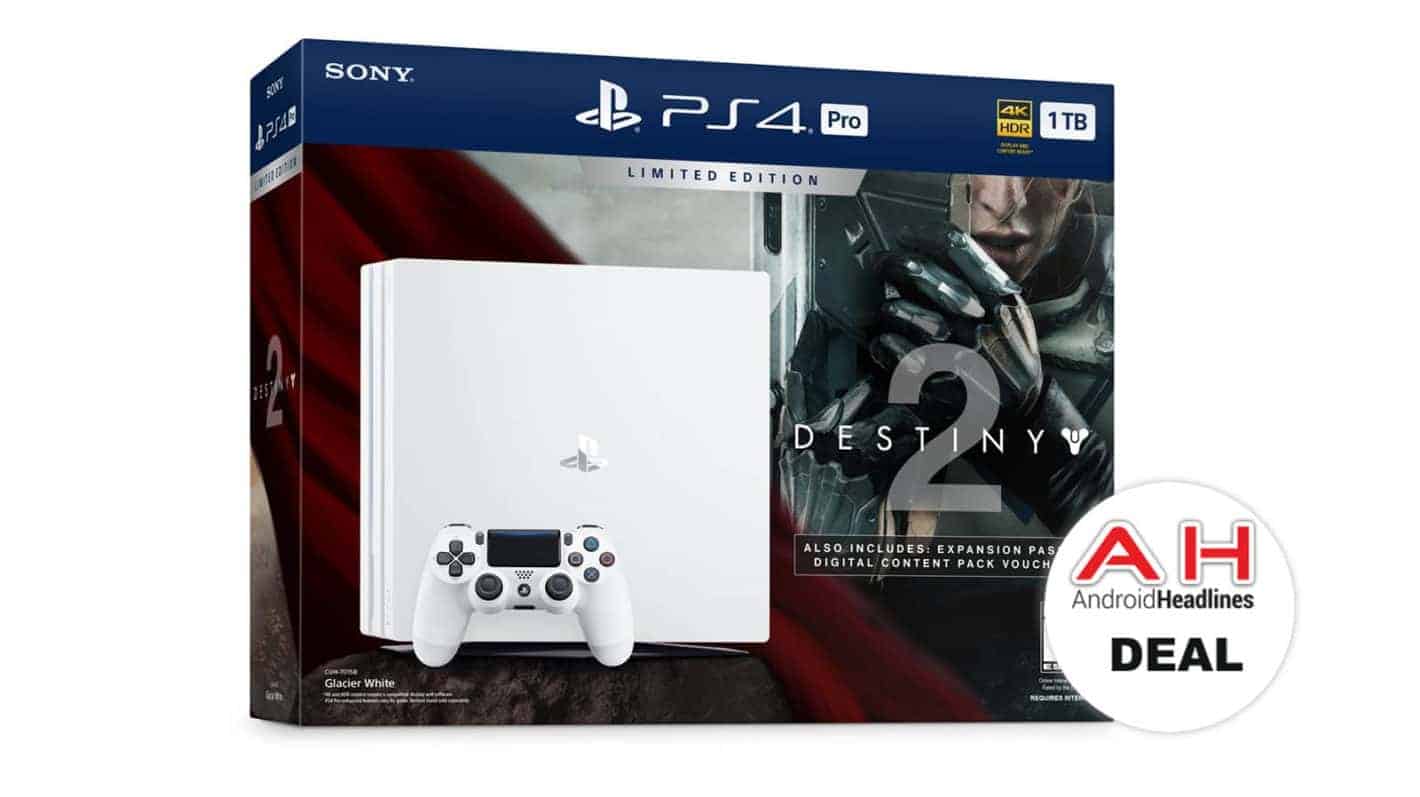 We've only just started Thanksgiving but many retailers already started offering Black Friday-like discounts on a wide variety of consumer electronics, gaming consoles included. Cue this fantastic offer on a PlayStation 4 Pro bundle that allows you to purchase the 1TB version of Sony's most powerful console to date and get Destiny 2 while you're at it for $349.99, $100 off its usual price. Comparable bundles like the Battlefront 2 one all cost $449.99, making this by far the most inexpensive PS4-game combo you can get. In fact, a brand-new 1TB variant of the PS4 costs $350 on its own, so this discount essentially allows you to get your hands on a limited edition of the console and a free game at that exact same price.

The PS4 doesn't really need any particular introductions, though it's worth pointing out that the console on offer here is the best, most powerful piece of gaming hardware that Sony is presently offering, boasting better specs and HDR support that should shine on your 4K TV. If you happen to own a PlayStation VR headset or plan on getting one in the future, buying the PS4 Pro will also be a smart long-term investment as VR games and experiences become more demanding and much more suitable for the revised version of Sony's latest console instead of the original PS4. As for Destiny 2, the critically acclaimed first-person shooter promises to keep you entertained for months, so long as you're into online experiences. Needless to say, this particular console is also a real collector's item and its stock won't be replenished once it runs out.

The retailer didn't specify the length of this deal but assume that it won't be live for more than two days, especially with the Black Friday shopping craze being right around the corner; even if the plan is to offer this bundle at 22 percent off until next week, there's a solid chance that supplies won't last as long, so do your best to decide whether to purchase the PS4 Pro Destiny 2 bundle as soon as possible. You can check whether the offer is still live by referring to the banner below.