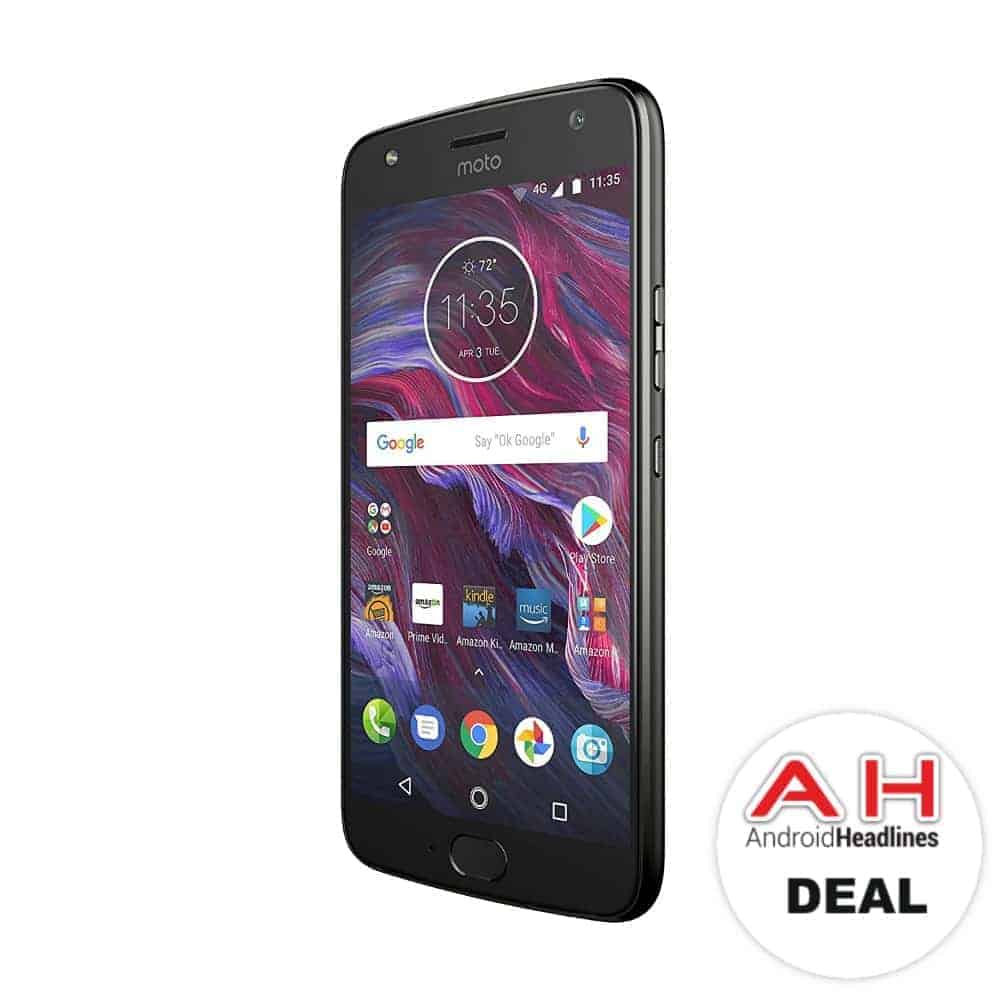 B&H Photo has dropped the price on the Moto X4 to just $339. That's good for $60 off of its regular price of $399. The Moto X4 only just launched a little over a month ago, so it's not surprising to see such a small discount on this smartphone for Black Friday, but it is definitely worth taking advantage of.

The Moto X4 is a smaller smartphone from Motorola, with a 5.2-inch 1080p display, a Qualcomm Snapdragon 660 processor inside and 3GB of RAM. There is also 32GB of storage available, so you have plenty of space for storing your data. There is a micro SD card slot available as well, allowing you to easily expand the storage on the Moto X4 should you need too. Motorola has dual-cameras on the back of the Moto X4, which actually take some rather impressive images. There's a 12-megapixel main sensor, and then a 8-megapixel secondary sensor. On the front, you'll find a 16-megapixel sensor which does a great job at capturing selfies. The Moto X4 is available unlocked and is compatible with all four US carriers. It's a GSM and a CDMA smartphone, which means whether you are on AT&T, T-Mobile, Sprint or Verizon, this will work out-of-the-box. All you'll need to do is pop in your SIM. For that reason alone, the Moto X4 would make a great gift this holiday season. B&H Photo is selling the Moto X4 in both Nimbus and Super Black colors, for this same price, and this price will last through Cyber Monday, November 27th at 11:59PM.

Advertisement
Moto X4, 32GB
$339
Buy Now!
Advertisement
Trusted By Millions
Independent, Expert Android News You Can Trust, Since 2010
Publishing More Android Than Anyone Else
2
Today
188
This Week
108
This Month
4093
This Year
105570
All Time
Advertisement