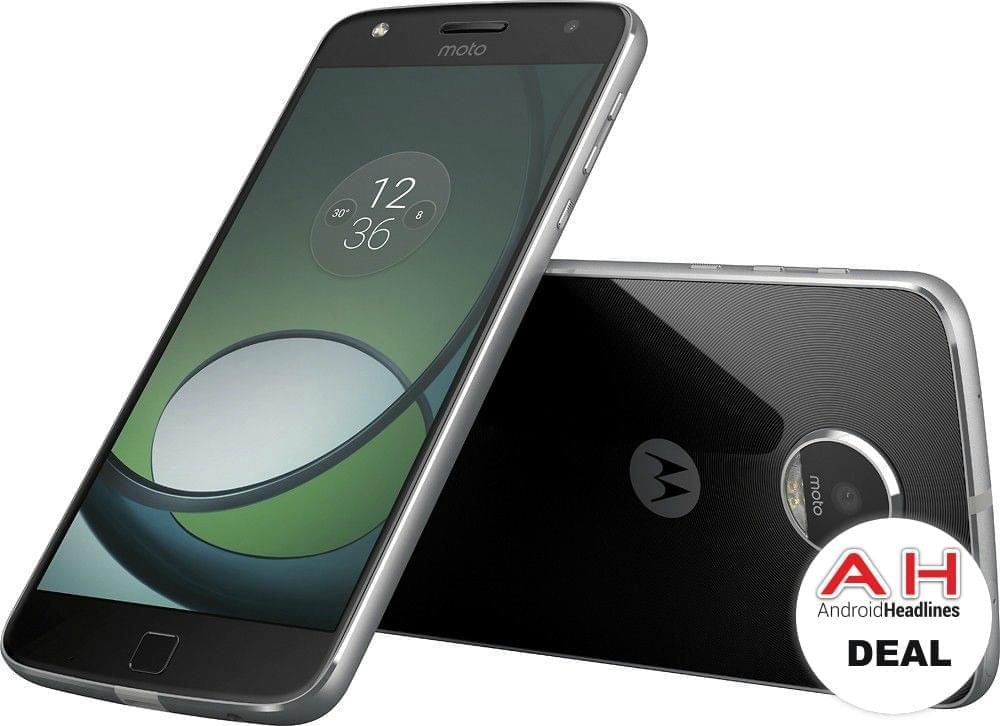 B&H Photo currently has the Moto Z Play on sale for just $299. That's good for $200 off of its regular price, and it also brings it to an all-time low for the unlocked model. B&H is also including its Basic Photo/Video Kit for smartphones with the purchase of a Moto Z Play. Which includes a small tripod, holder for your phone and even a flash that plugs into the headphone jack.

The Moto Z Play is last year's big battery flagship from Motorola. It sports a 5.5-inch full HD display, since it is in the Moto Z lineup, it does work with the Moto Mods that are out there, and that also means that you can slap on a larger battery pack to get even more juice. The Moto Z Play is also the only Moto Z smartphone that has a headphone jack, so if you were worried about most smartphones ditching the headphone jack in 2017, you may want to jump on this deal for the Moto Z Play over at B&H Photo. It also has 3GB of RAM and 32GB of storage inside. There is a micro SD card slot available for you to expand storage, should you need a bit more space. There is also a 16-megapixel sensor on the back and a 5-megapixel front-facing sensor for taking some impressive pictures. The Moto Z Play is a GSM unlocked smartphone, which means it will work perfectly fine on AT&T and T-Mobile in the US, but not Verizon and Sprint. If you are on a CDMA carrier like Verizon or Sprint, you'll want to look elsewhere.

Advertisement
Moto Z Play
$299
Buy Now!
Trusted By Millions
Independent, Expert Android News You Can Trust, Since 2010
Publishing More Android Than Anyone Else
43
Today
59
This Week
551
This Month
3063
This Year
104542
All Time
Advertisement