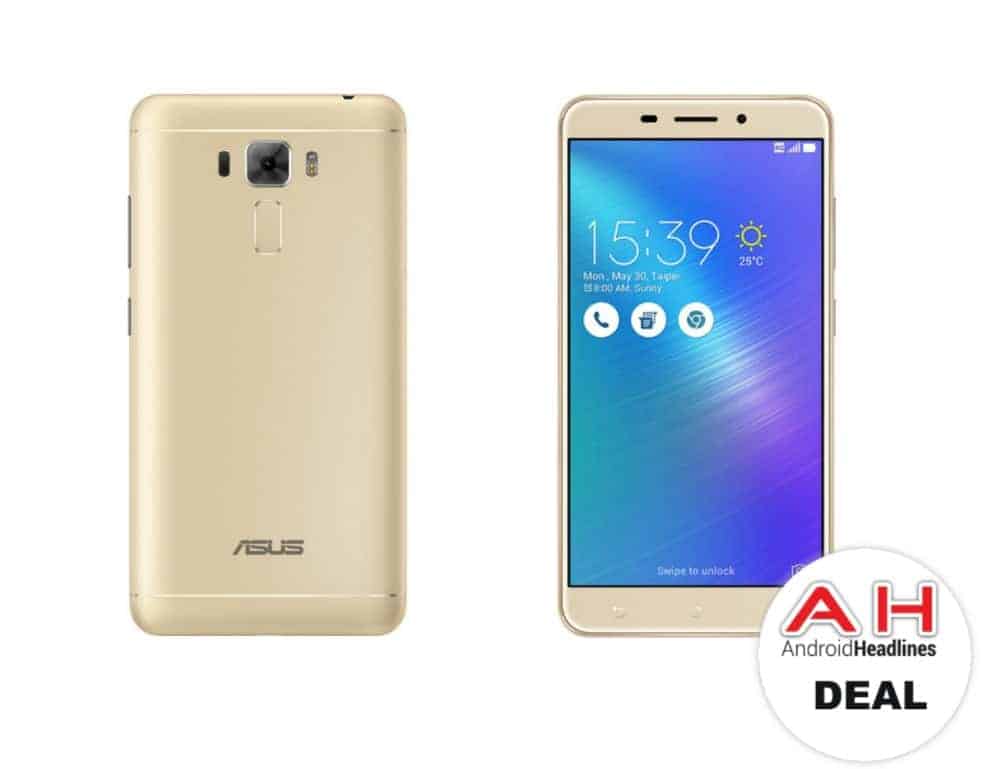 B&H Photo has discounted the ASUS ZenFone 3 Laser on down to just $129. That's $70 off of its regular price, and also brings it down to its lowest price ever. Making now a great time to pick up a new smartphone for yourself or someone on your holiday shopping list this year.

The ASUS ZenFone 3 Laser is one of the many variants of the ZenFone 3 announced last year. The ZenFone 3 Laser's marquee feature is indeed the camera, and the fact that it has laser autofocus included. Laser autofocus was a feature that used to only be seen on DSLR's and mirrorless cameras, but have recently made their way over to smartphones, allowing for them to take better low light images, and focus on items sooner. In fact, ASUS touts that it can autofocus in about 0.03 seconds. Which is pretty darn fast. There's a 13-megapixel rear-facing camera and a 8-megapixel front-facing shooter for taking selfies. Other than the camera, the ZenFone 3 Laser sports a 5.5-inch full HD IPS display, along with the Snapdragon 430 processor, 2GB of RAM and 32GB of built-in storage. There is a micro SD card slot available for expanding storage, should you need some extra space on the ZenFone 3 Laser. Which supports up to 128GB of additional storage. The ZenFone 3 Laser is a GSM unlocked smartphone, which means that it will work on GSM carriers like T-Mobile and AT&T in the US, as well as MVNO's like Straight Talk and Simple Mobile that run on those networks. Unfortunately, CDMA carriers like Verizon and Sprint will not be compatible, so you will have to look elsewhere for a new phone.

Advertisement
ASUS ZenFone 3 Laser
ExpiresNov. 30th, 2017
$129
Buy Now!
Trusted By Millions
Independent, Expert Android News You Can Trust, Since 2010
Publishing More Android Than Anyone Else
13
Today
13
This Week
505
This Month
3017
This Year
104496
All Time
Advertisement