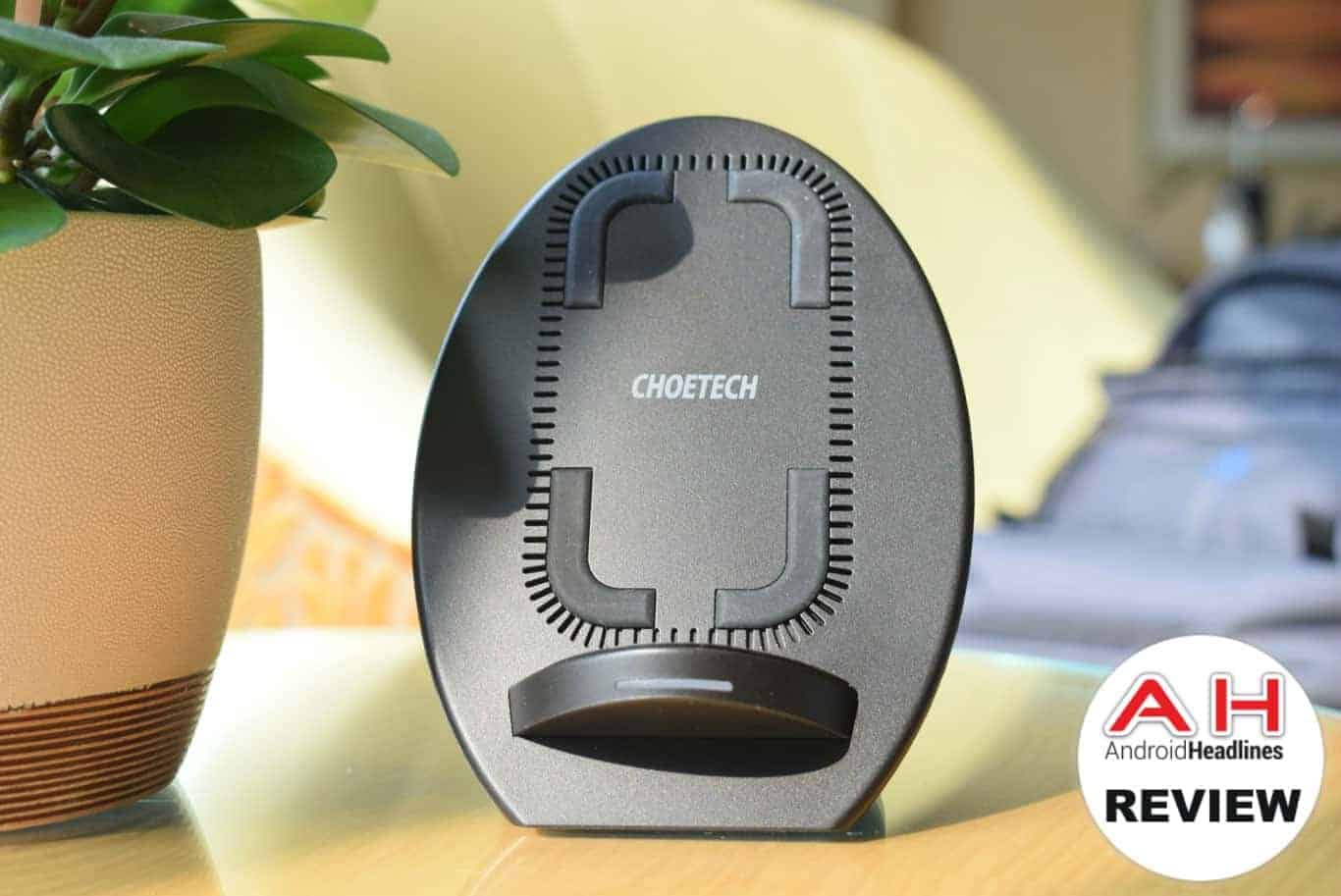 CHOETECH is a bit well-known for its charging products, which include Quick Charge 3.0, fast charge wall adapters, car chargers and even Qi Wireless chargers. The company has just come out with a brand new charging stand, which is using the model number T522-S, and it comes in at a much cheaper price than the charging stand that Samsung offers to its customers. Since it is using the Qi standard it will work with just about every device out there that can be charged wirelessly – this includes the LG G6, LG V30, Samsung Galaxy S8, Galaxy S8 Plus and even the new Galaxy Note 8.

First things first, the build quality on this wireless charging stand from CHOETECH is top notch. Even though it is not made of metal, and it is made of plastic, it still looks great and feels high quality. While a metal charger would definitely look better and feel like it’s more premium, metal is not a good material for wireless charging, not to mention it would make the charger and the phone that is being charged, hotter. And that’s not a good idea, so using plastic is definitely the right route here. 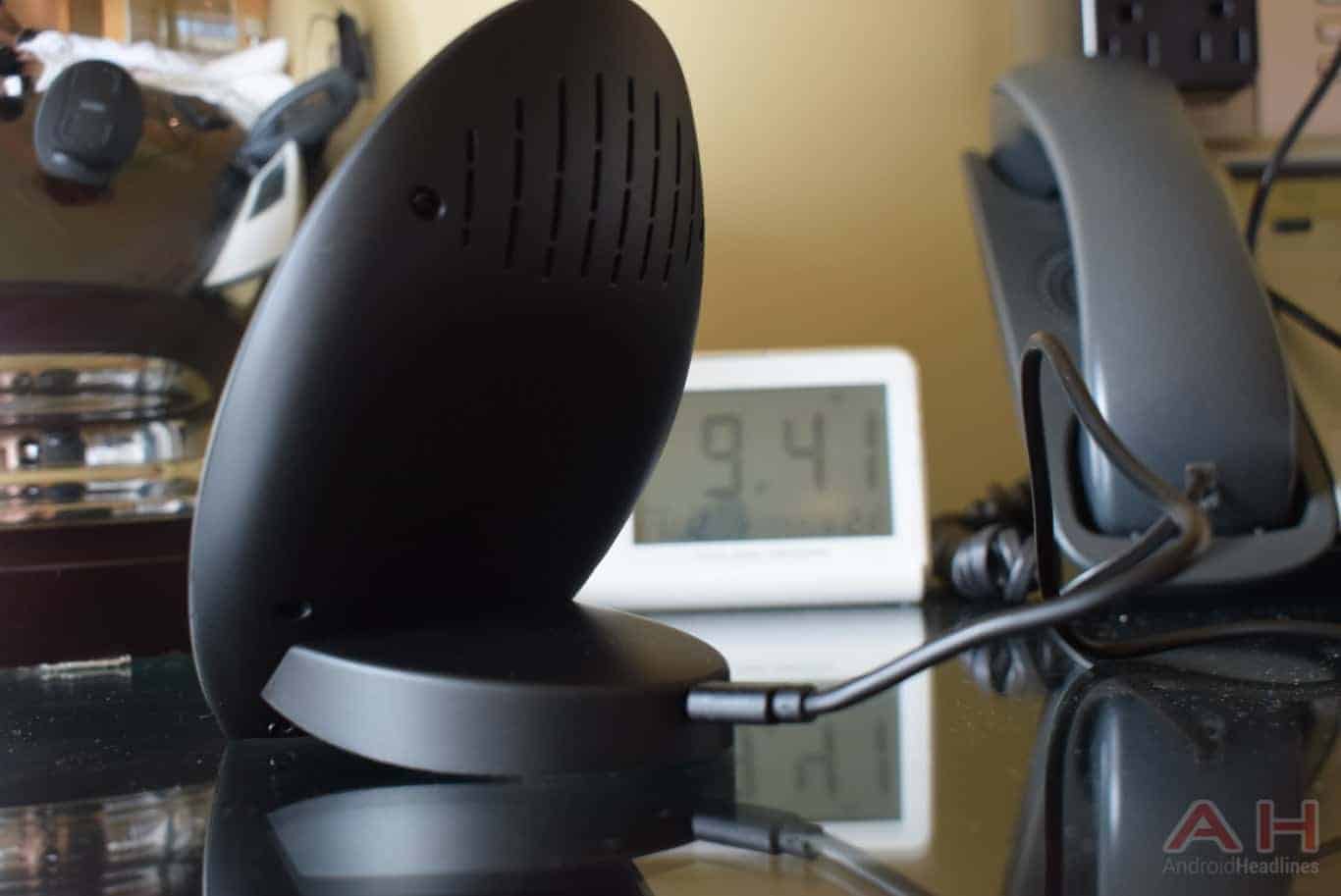 Now on the front, you’ll see a slight lip, which is there to hold your device in place. You’ll also see the outline of where the phone should be placed which has rubber around it to keep the phone from moving around while being charged, which is there coils are for wireless charging. There are vents around the back, and some on the front, which is where the air from the 0.7-watt cooling fan pushes out the heat, this is what keeps the charger cool. Seeing as wireless chargers (and Qi-enabled smartphones) do get sort of a bad rap for getting quite warm and in some cases, very hot. Around the back, there’s not much to see there, except for the micro USB port. This one uses a micro USB port for power and there is also a micro USB cable included – what’s interesting is that there is no wall adapter included here perhaps to keep the price down. But that’s not a big deal, many of us already have a ton of wall adapters laying around that we can use for this wireless charger. And the good news here is that this does work with virtually any adapter, even those desktop USB hubs that many of us have laying around these days.

Charging your smartphone is as easy as placing it on the charger – there’s no setup involved here, other than plugging it into the wall. On the front of the wireless charger, you’ll find a small, thin light. This light will turn blue when you place your phone down on it before it recognizes that it can be wirelessly charged. Interestingly here, this wireless charger only turns green when its charging. Instead of being red when the device is not fully charged and then turning green when it’s fully charged. Not necessarily a deal breaker, but it does make it a bit more difficult to glance over and see when it is fully charged. With this wireless charging stand, you do have the option of placing your phone in either portrait or landscape – but most people will likely keep it in portrait, as it looks better and it’s the more natural way of placing your smartphone down on the charger. 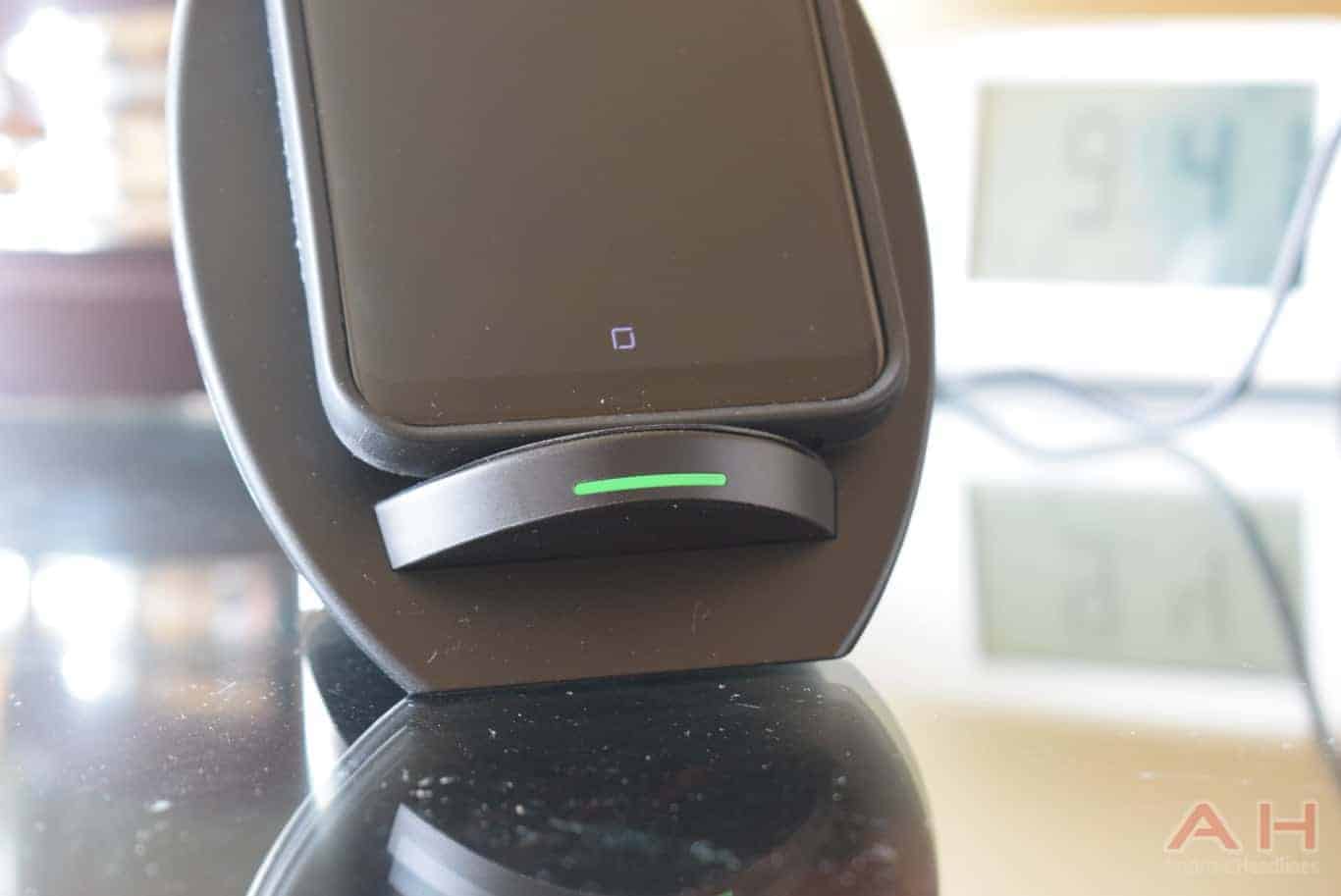 Most cases will be fine, for wirelessly charging on this fast wireless charging stand. We tested it with a few different cases on the Galaxy S8 and Galaxy Note 8, and they all appeared to work quite well. However, larger cases – particularly OtterBox cases – will need to be removed before you place the smartphone on the charger, otherwise it won’t work. That is actually to be expected, since those cases are much thicker than the normal cases that are available for these smartphones. And this pretty much goes for every wireless charger out there right now, so not a real surprise. 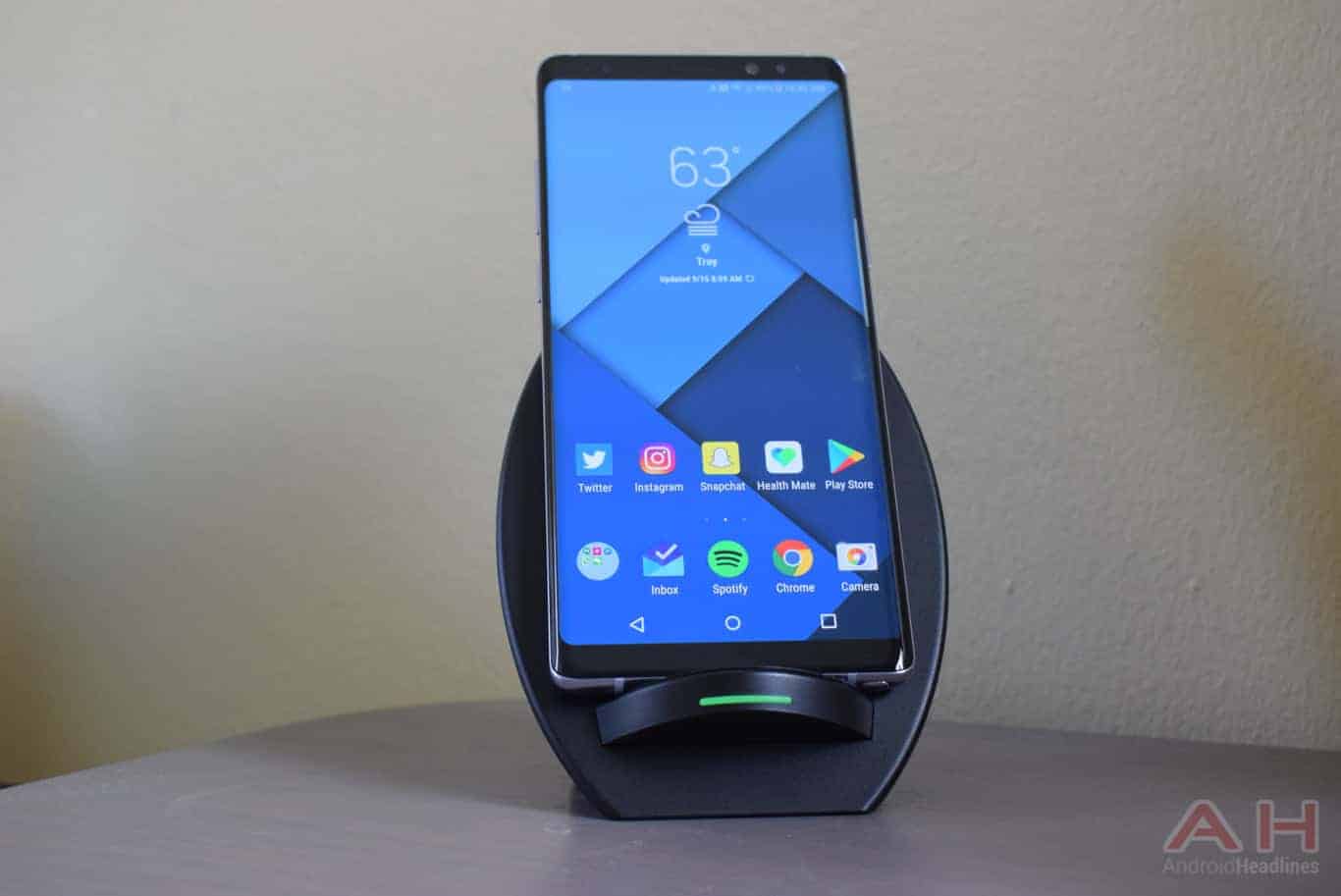 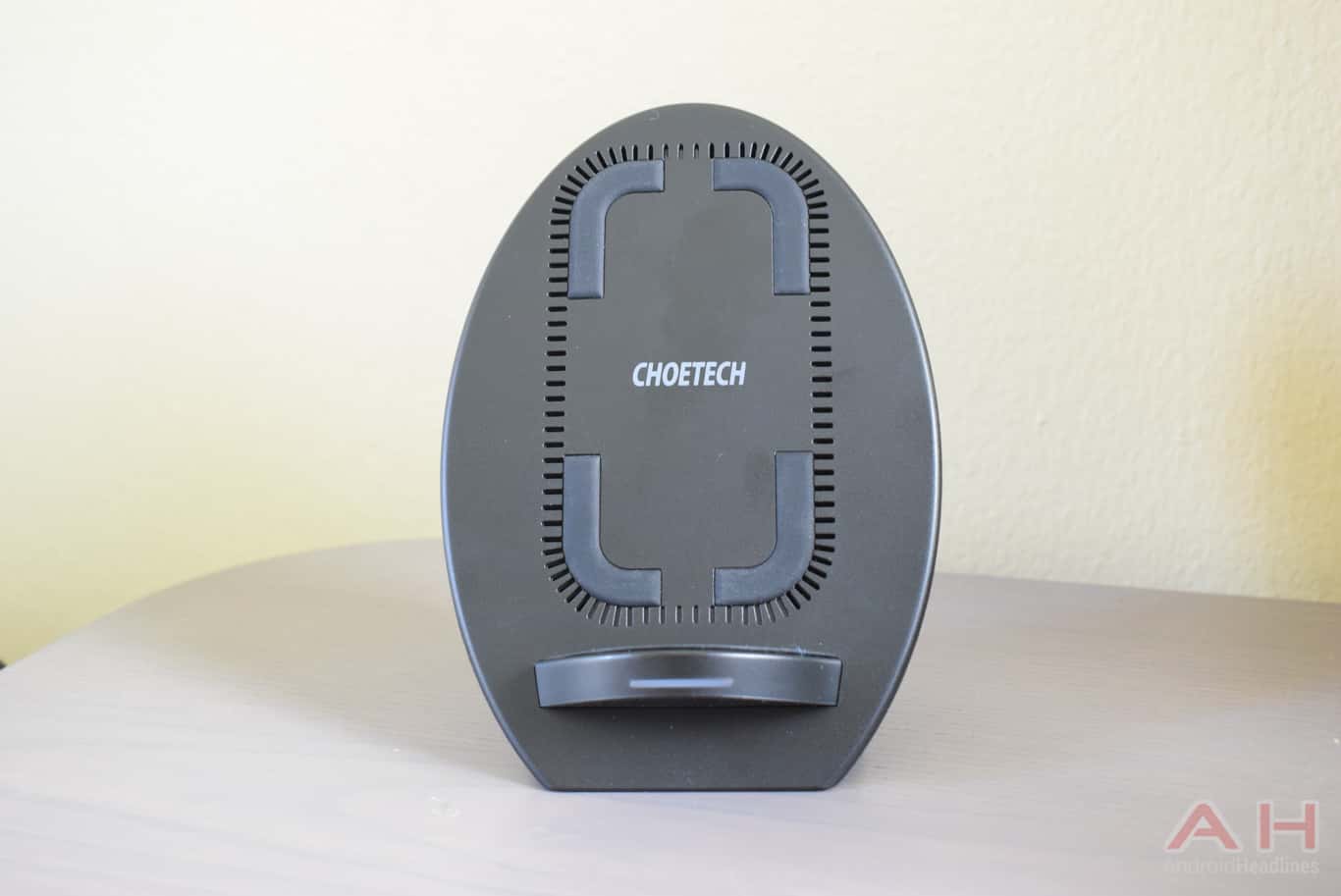 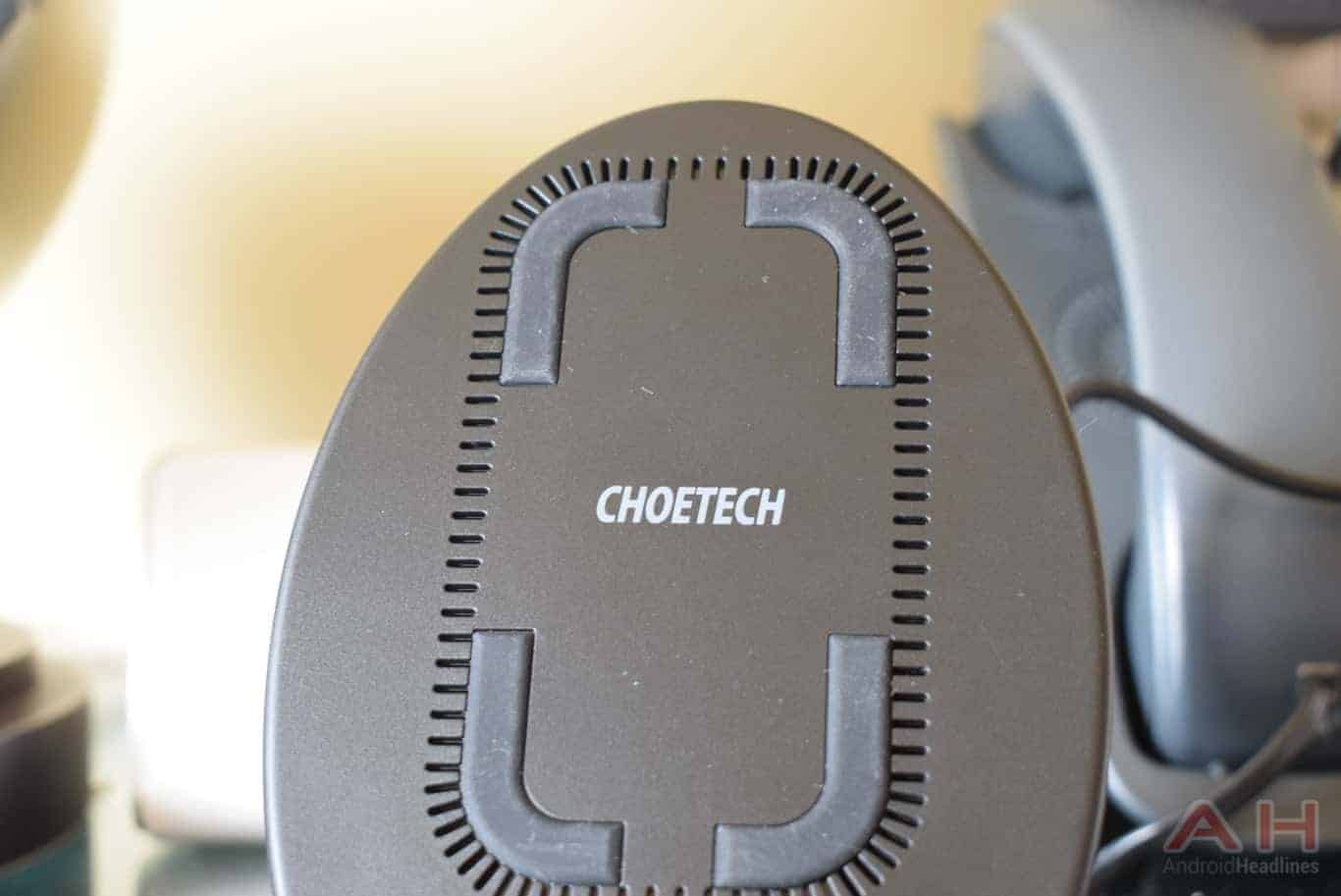 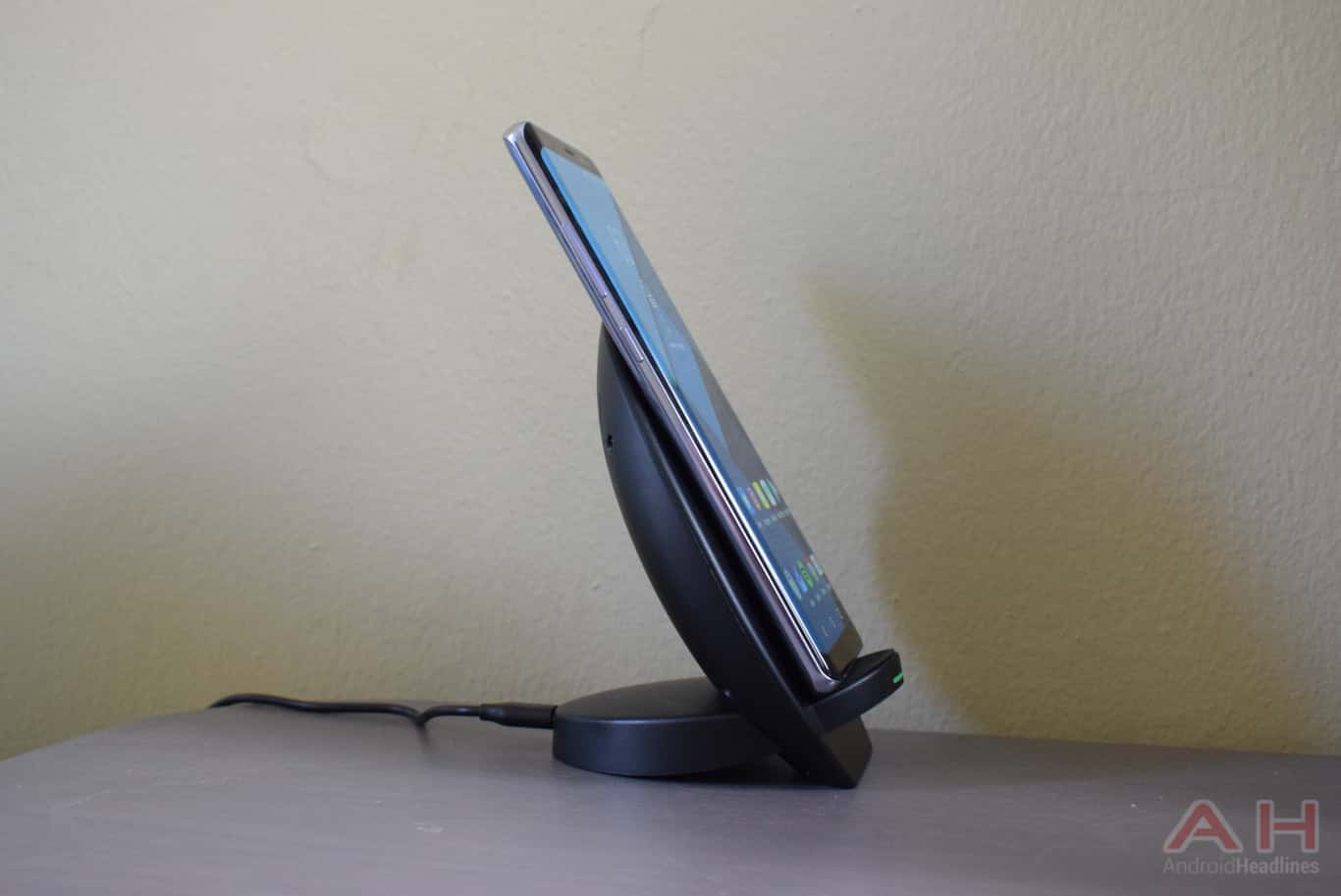 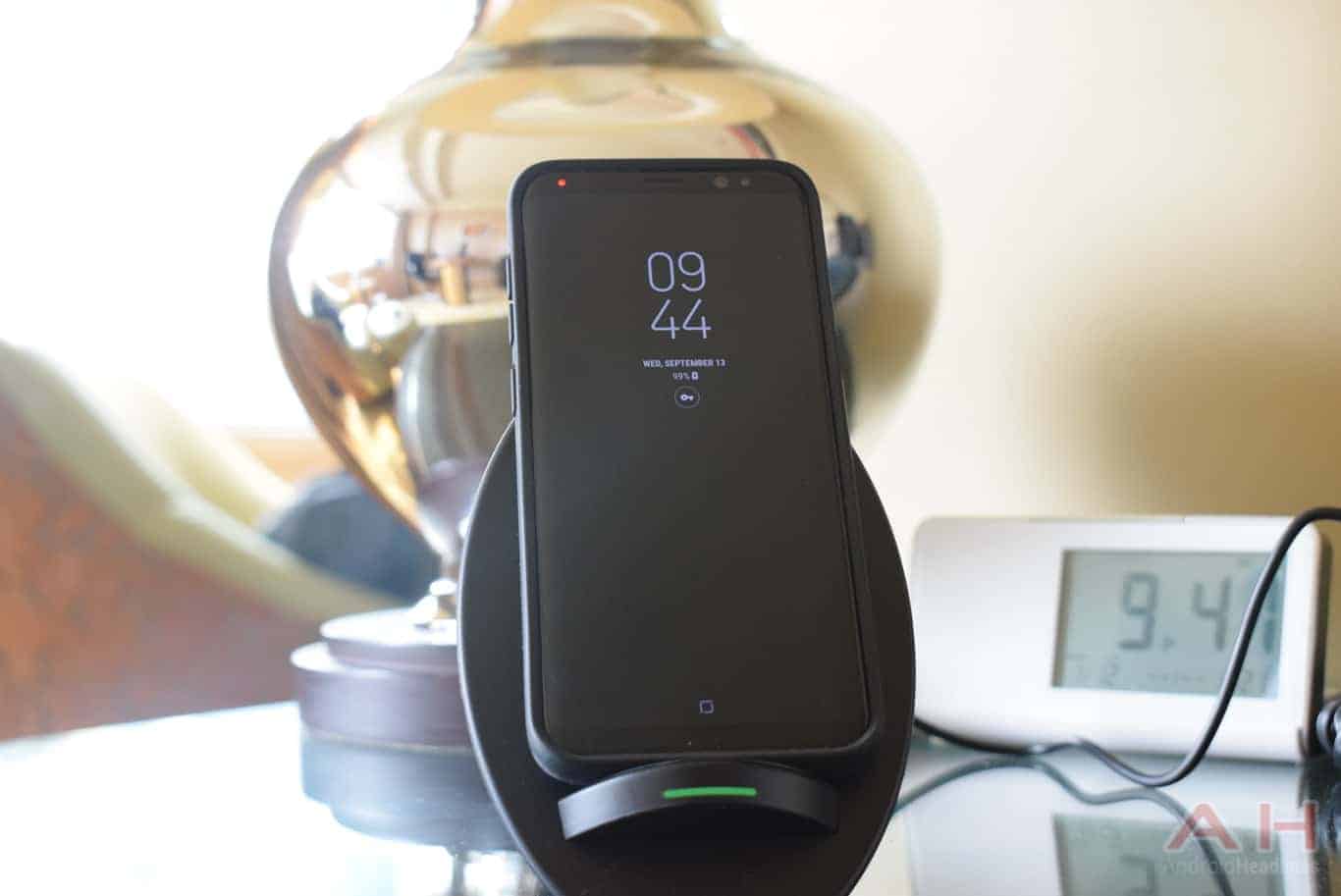 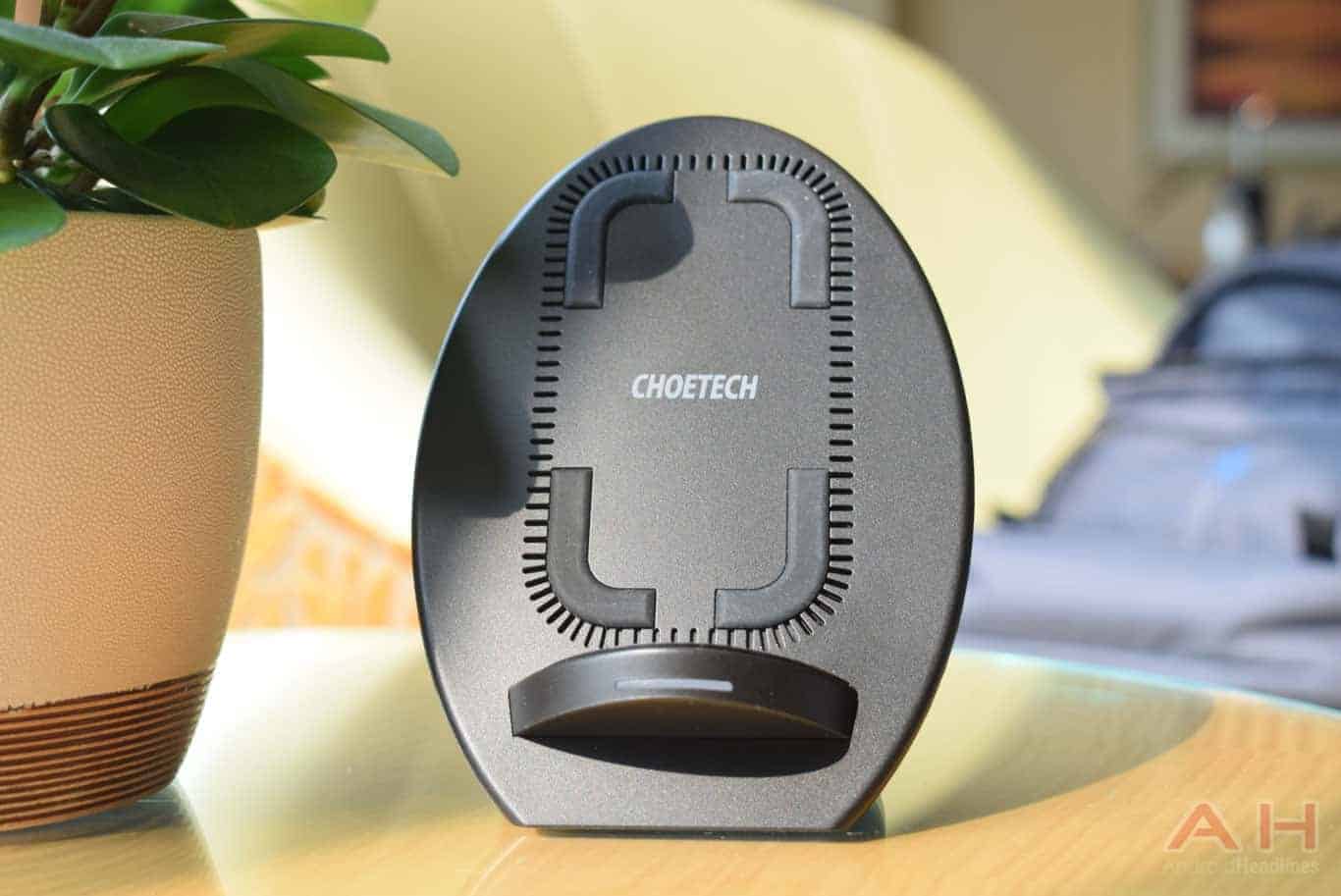