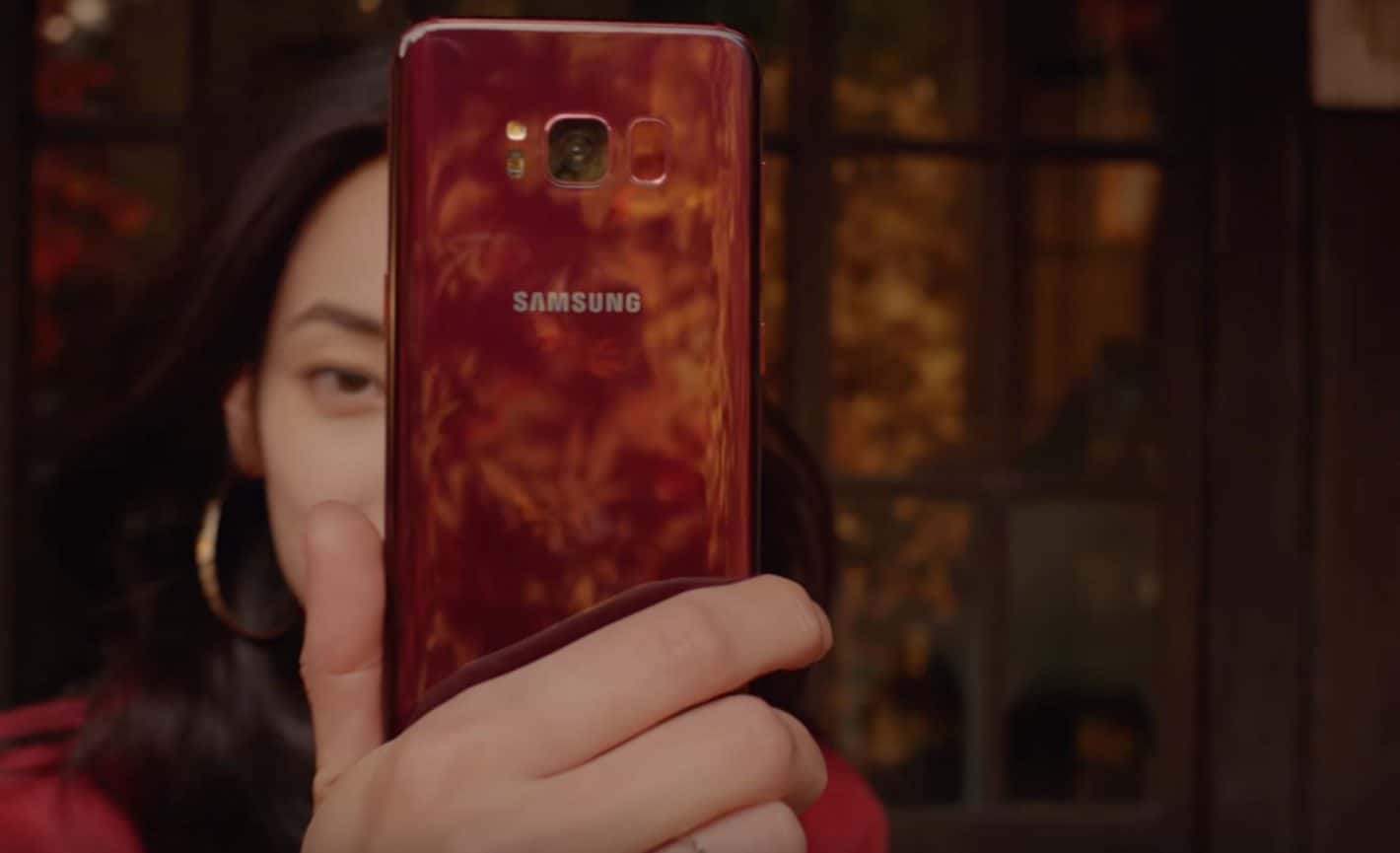 The Burgundy Red variant of the Galaxy S8 will be released on Tuesday, November 28th, Samsung Electronics said earlier today. After being announced earlier this month, the device was expected to go on sale momentarily, with the Seoul-based phone maker later clarifying that it always planned for late November release. Samsung still hasn't decided whether to bring the new color option to other countries, Yonhap News Agency reported on Monday, without citing any specific sources. The new revision of the company's most popular smartphone of the year was launched in South Korea as part of Samsung's attempt to strengthen its mobile portfolio and do a better job of competing with Apple's new offerings in the form of the iPhone 8, iPhone 8 Plus, and the iPhone X.

Apple remains Samsung's top competitor in the latter's home country and is already expected to break local sales records with its new products, having already sold out the initial batch of the iPhone X within minutes of launching pre-orders through Korean wireless carriers. Samsung is seeking to compete with the latest iOS-powered devices by offering a more diverse portfolio of high-end mobile devices spanning multiple variants of the Galaxy S8, Galaxy S8 Plus, and the more recently released Galaxy Note 8. The Burgundy Red color option is exclusive to the smaller, 5.8-inch Galaxy S8 and it's currently unlikely that the 6.2-inch Galaxy S8 Plus will be offered in the same shade in the future. The new revision of the handset is also understood to be the final color added to the Galaxy S8 series as Samsung is already in the process of preparing for the launch of the Galaxy S9 lineup in early 2018.

If the Burgundy Red version of the Galaxy S8 proves to be commercially successful more than half a year after the handset's commercial debut, the color may also be brought back for Samsung's future products, as was most recently the case with the Blue Colar hue that debuted with the discontinued Galaxy Note 7 and later made its way to the Galaxy S7 Edge and the Galaxy S8 series. Apart from the Galaxy S9 and Galaxy S9 Plus, Samsung's early 2018 efforts should also include the Galaxy X, the tech giant's first attempt at delivering a consumer-grade foldable smartphone.