The Burgundy Red Samsung Galaxy S8 was announced earlier this month, but the phone was not made available straight away, instead, Samsung confirmed that it will launch on November 28, and that is exactly what just happened. The company has announced that the phone is now available for purchase, though do keep in mind that it’s available in Korea only, at least for now. This variant of the company’s flagship smartphone will become available in more markets in the near future, but the company did not share any specific dates just yet.

Now, for those of you who are wondering, the phone’s price remains unchanged compared to other Galaxy S8 units, at least in South Korea. This variant of the phone actually follows the lead of Midnight Black, Orchid Gray, Arctic Silver, Coral Blue and Rose Pink Galaxy S8 color variants. Now, in terms of specifications, this variant is identical to its predecessors, the only difference comes down to the color of its back side, and this model will certainly appeal to some people, as we’re looking at a darker shade of red which may appeal to both genders. The Galaxy S8 is made out of metal and glass, while it sports a rear-facing fingerprint scanner. The phone sports a curved display, we’re looking at a 5.8-inch QHD+ (2960 x 1440) Super AMOLED Infinity display here. The phone also packs in 4GB of RAM and 64GB of expandable internal storage, while it is fueled by the Exynos 8890 64-bit octa-core SoC in South Korea, it is still unknown whether the company will release the Snapdragon 835 variant of the Burgundy Red Galaxy S8, but it probably will, so that it can cater to some specific markets, like the US market, for example.

On the back of the Galaxy S8, you’ll be able to find a 12-megapixel OIS snapper, while an 8-megapixel shooter is included on the front side of the phone. A 3,000mAh non-removable battery is also a part of this package, and the device ships with Android 7.0 Nougat out of the box, while the company’s custom UI is included on top of it. If you’d like to know more about the Galaxy S8, feel free to check out our full review of this smartphone. 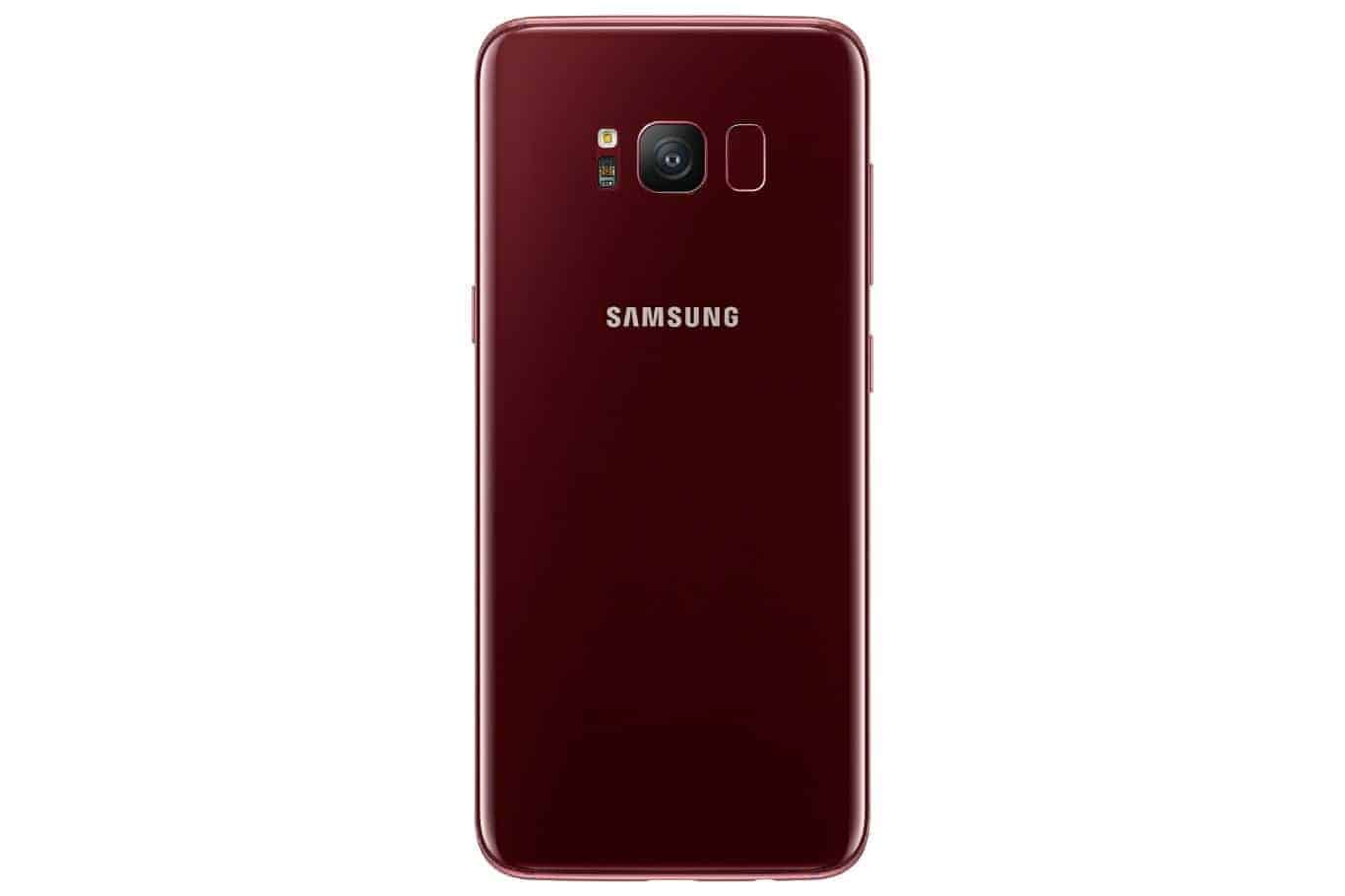