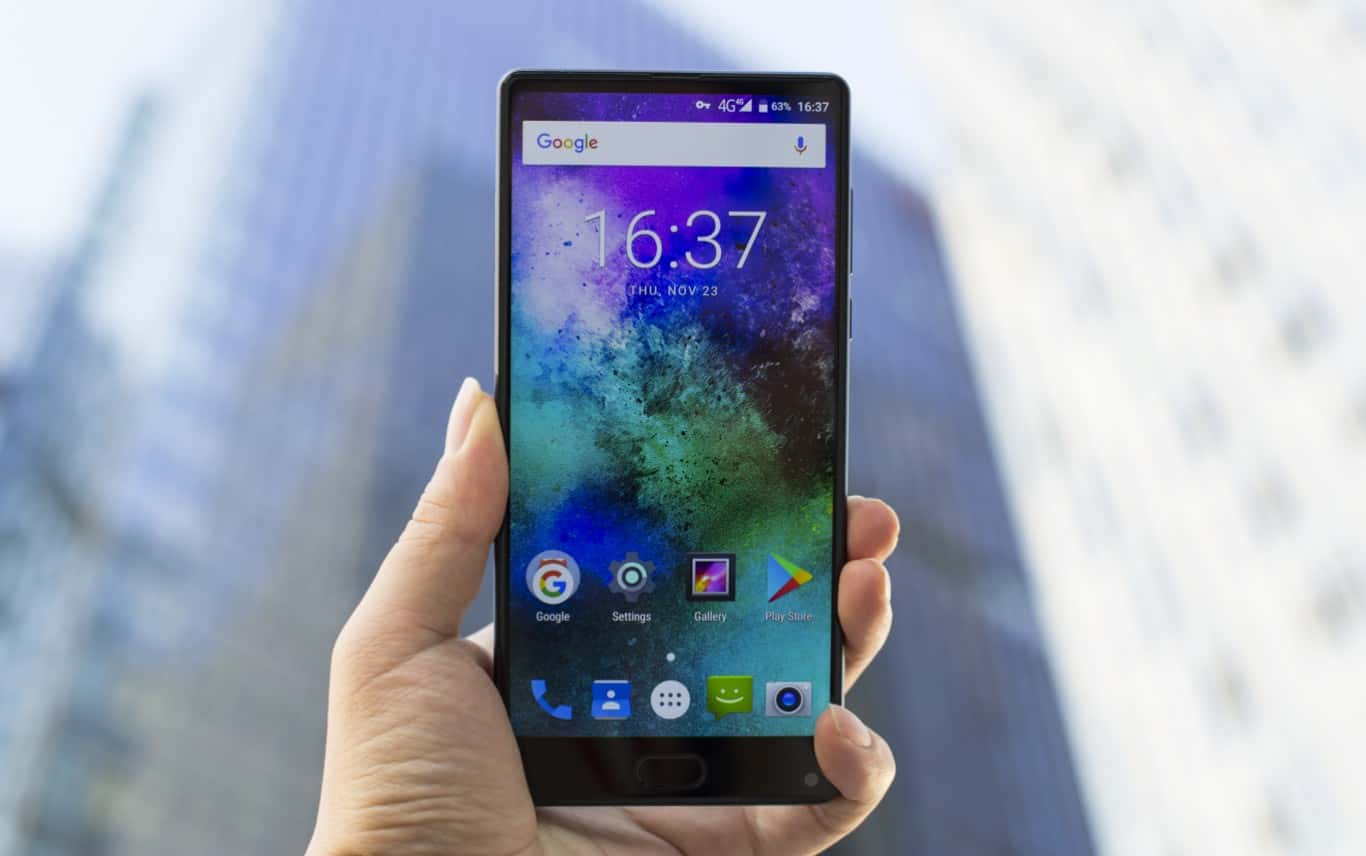 The Maze Alpha X is Maze's new smartphone, which is already available for pre-order. The Maze Alpha X actually resembles the Maze Alpha quite a bit, though they're not identical, and this phone comes with a different set of specs. The device sports a front-facing fingerprint scanner, while its display sports rounded corners. This device has rather thin bezels on its sides and above the display, though it also has a 'chin' below the display, just like its predecessor, and this phone seems to be inspired by the Xiaomi Mi MIX, just like the Maze Alpha.

Having said that, it seems like Maze Alpha X is made out of metal and glass, the phone comes with a single camera on the back, and its back side has that light-reflective surface like the Honor 9. The front-facing camera is placed in the lower-right corner of this smartphone, and the device comes in Black, Blue and Silver color variants. Now, as far as specs are concerned, this handset is fueled by the Helio P25 64-bit octa-core processor, while the device packs in 6GB of LPDDR4X RAM, and 64GB or 128GB of expandable storage, depending on which variant you opt to get. This phone also comes with a dual SIM setup, and you can use the second SIM card slot in order to expand this device's storage, we're looking at a hybrid dual SIM setup here. A 3.5mm headphone jack is also a part of this package, and the phone packs in a 3,900mAh non-removable battery. A Type-C USB port is located at the very bottom of the device, and the phone offers 4G LTE connectivity support, of course. The Maze Alpha X also sports a 6-inch fullHD+ (2160 x 1080) IPS InCell display, on top of which you'll get a sheet of 2.5D curved glass.

Now, as far as cameras are concerned, 64GB and 128GB storage variants actually come with different sensors. You will find a 13-megapixel snapper on the back of both variants of the phone, though the Sony IMX258 sensor is included in the 64GB storage model, and OmniVision's OV16880 sensor can be found in the 128GB storage variant of the device. The Maze Alpha X is now available for pre-order for $209.99 from the link provided down below (GearBest), and the pre-order period ends on November 26, when the phone's price will jump up a little bit, so keep that in mind. On top of everything, it's also worth noting that the company has organized a giveaway on its website. All the necessary links / banners are included down below.