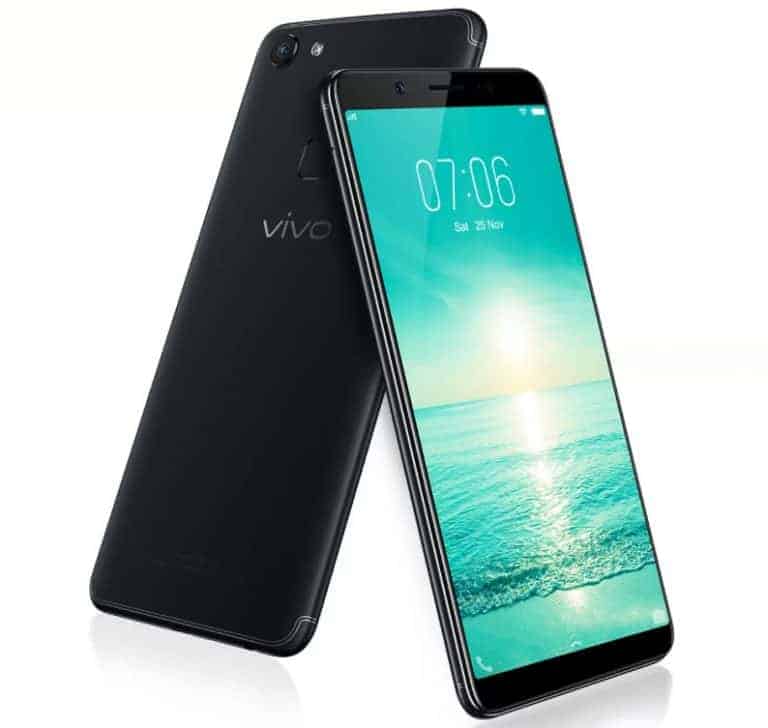 The Vivo V7 made its debut five days ago, when the company introduced the device in Indonesia, along with announcing its global plans for the phone, so knew that the device will arrive in India today, and that is exactly what just happened. The company's budget handset with a FullView display has arrived to India, and it's the same exact phone that was announced in Indonesia quite recently.

The Vivo V7 is made out of metal, this handset sports a rear-facing fingerprint scanner, and it comes with really thin bezels all around. The phone's display sports rounded corners, and the company's branding is clearly visible on the back side of the Vivo V7. The phone sports a 5.7-inch HD+ (1440 x 720) FullView display with a 2.5D curved glass on top of it, while Corning's Gorilla Glass 4 protection is also included here. The device is fueled by the Snapdragon 450 64-bit octa-core SoC by Qualcomm, while the phone packs in 4GB of RAM and 32GB of expandable storage. A 16-megapixel shooter (f/2.0 aperture, PDAF) is placed on the back of this phone, while a 24-megapixel snapper (f/2.0 aperture) can be found on the front side of the device. There are two SIM card slots available on the inside of this phone, while Android 7.1.2 Nougat comes pre-installed on the device, along with the company's Funtouch OS 3.2. A 3,000mAh non-removable battery is also a part of this package, and so is a Hi-Fi audio chip. The Vivo V7 sports a 3.5mm headphone jack, while the phone measures 149.3 x 72.8 x 7.9mm, and weighs 139 grams.

The Vivo V7 comes in Matte Black and Champagne Gold color variants, while the phone is priced at Rs. 18,990 ($292) in India. Those of you who are interested in getting this handset should know that it is already available for pre-order, exclusively via Flipkart. If you'd like to wait until it becomes available for purchase, however, you'll have to sit tight until November 24. There you have it, this is certainly not the most affordable handset with an entry-level Snapdragon SoC on the inside, not even close to it, but it's possibly one of the best looking entry-level phones out there.