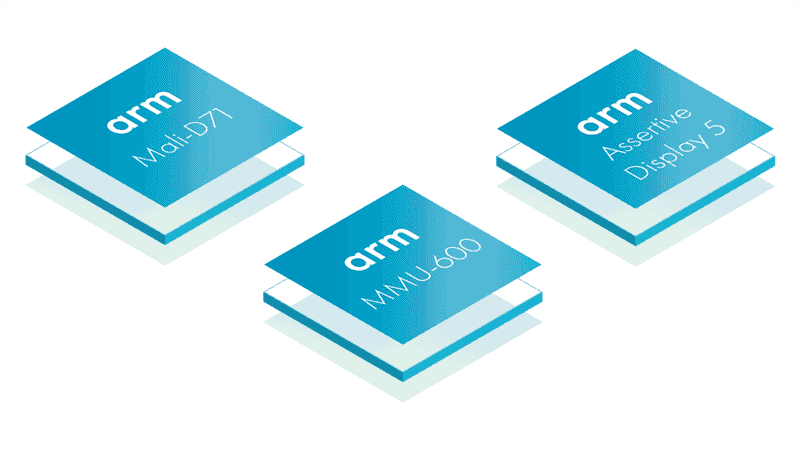 With an increasing number of premium smartphones adopting 4K displays, maintaining a crisp image and a high frame rate has become increasingly difficult without a strongly optimized display processor. According to ARM, this is where the new Mali-D71 chip comes in to ensure that 4K images can be delivered at a rate of 120 frames per second. This is achieved by the chip’s capability to sustain up to 4x the delay on the system bus for the same throughput when compared to the previous Mali-DP650 processor, all thanks to significant memory subsystem optimizations. In addition, the ARM Mali-D71 can repurpose the resources required by a secondary display when using a single panel in order to effectively double the performance. Furthermore, with unprecedented 2x pixel throughput the Mali-D71 can provide 4K VR performance at 120 frames per second, all the while requiring 30 percent less energy, claims the manufacturer.

The aforementioned display processor works hand-in-hand with a new System Memory Management Unit called the ARM CoreLink MMU-600, resulting in 50 percent latency improvement and secure content protection for media. Finally, the company unveiled a new Assertive Display 5 chip building upon the previous AD technology to further improve visibility in direct sunlight and provide HDR management for display pipelines, improved gamut and color management, as well as higher power savings. According to the chipmaker, the new Assertive Display 5 silicon can deliver HDR10 or HLG content even on SDR displays, all the while providing a low power design without any additional workload having to be passed on to the CPU or system memory. It remains to be seen when ARM’s newest display solution will be adopted by OEMs and which one will be the first to bring these technologies to the consumer market. In any case, it’s likely that ARM’s latest solution won’t make it onto consumer devices before the end of 2017.