According to new data from Sensor Tower, Animal Crossing: Pocket Camp has been downloaded over 15 million times in its first week. Nintendo has been pushing into the mobile gaming market ever since the release of Miitomo. Since then, the company has gone on to release Pokémon GO, Super Mario Run, Fire Emblem Heroes and, just last week, its latest Animal Crossing title which enjoyed Nintendo’s second-best mobile launch week ever.

Animal Crossing: Pocket Camp has been downloaded over 15 million times by Android and iOS users in its first six days of availability, surpassing the initial week downloads of both Pokémon Go and Fire Emblem Heroes in the process. Pokémon Go is estimated to have been downloaded 6.8 million times in its first week of availability, though it’s worth noting that the game received a limited launch in Australia, New Zealand, and the US. On the other hand, Nintendo’s Fire Emblem Heroes managed to receive 7 million downloads in its first week after its worldwide release in February. In the case of Super Mario Run, though, it achieved 32 million downloads in its first week, dwarfing Animal Crossing’s numbers, and has also gone on to surpass 200 million downloads since then. Despite these huge numbers, Super Mario Run isn’t the most profitable game for the Japanese company. In fact, Fire Emblem Heroes takes that title, largely due to the fact that its revenue is based on microtransactions and it receives constant updates that bring new content. Super Mario Run, on the other hand, only offers a limited free trial before users are asked to pay $9.99 to access the full game.

Just like Fire Emblem Heroes, the latest Animal Crossing title offers a number of in-app purchases but can technically be played without spending anything. Nintendo’s latest title has more than double the first-week downloads of the previous game, so if interest in the game remains consistent throughout the coming months, the title could surpass the revenue figures set by Fire Emblem Heroes in the near future, some industry watchers speculate. For now, Nintendo has yet to detail any of its next mobile titles, but the company already confirmed it’s developing a Legend of Zelda game for Android and iOS. In the meantime, though, the company’s sole focus appears to be getting Animal Crossing: Pocket Camp on the highest number of devices possible. 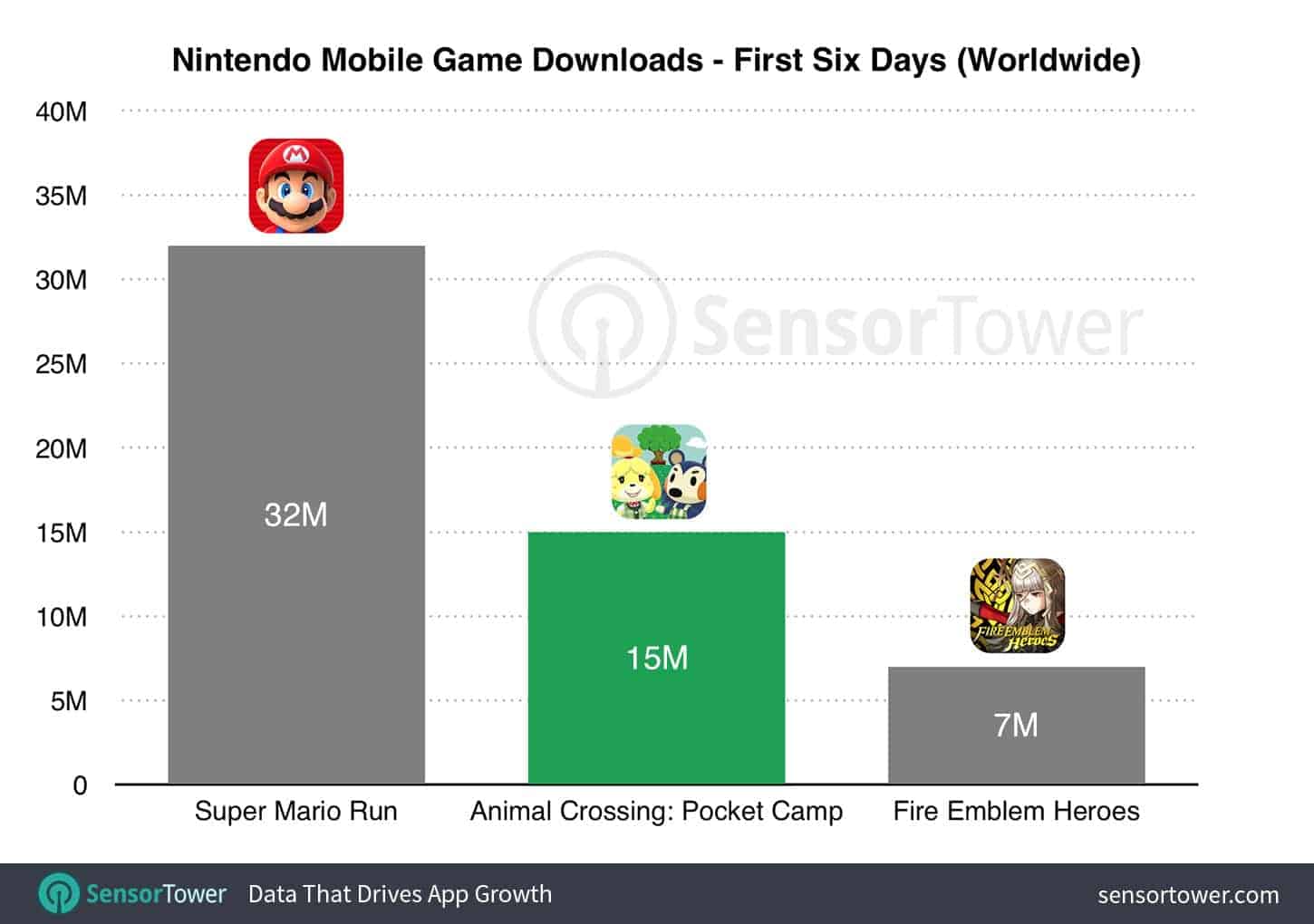