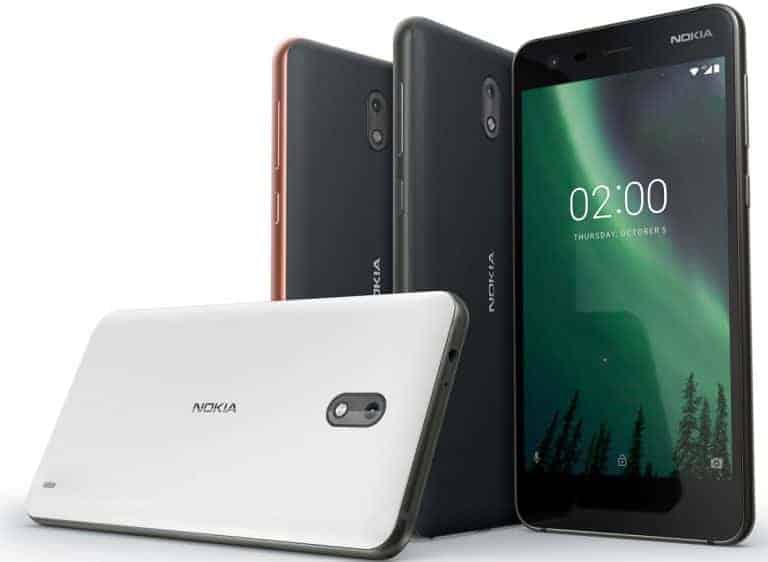 HMD Global's Nokia 2 will be launching in India with twice as much RAM and storage space as the international variant of the device, according to recent reports citing local industry sources. The Finnish phone company originally announced its most affordable entry-level Android handset to date in late October, having presented a device with 1GB of RAM and 8GB of internal flash memory, though the Indian model is said to double on that memory configuration in order to be a more attractive offering in the ultra-competitive mobile market of the South Asian country where even the most barebones smartphones now feature 2GB of RAM and 16GB of storage space on average. The base model is still expected to be sold in India and will presumably launch simultaneously with the more capable variant of the device.

HMD has yet to confirm that the Nokia 2 will be officially released in India, though the firm already brought all of its Android-powered devices to the country, save for the Nokia 7 that's still a China exclusive. The handset started retailing in the west earlier this month, priced at approximately $99 in North America and €99 in Europe. Sources claim that the premium version of the device will be a Flipkart exclusive in India and sell for Rs. 7,999, or just over $123. The variant with 1GB of RAM and 8GB of storage is understood to be planned for an offline release in the country, priced at Rs. 6,999, i.e. $107. HMD is reportedly planning on launching the Flipkart-exclusive model in late December, whereas brick-and-mortar stores in India should start offering the base model by the end of next week.

Nokia smartphones had a major resurgence over the course of this year under the leadership of HMD Global and Foxconn-owned FIH Mobile, with the brand fully embracing the Android ecosystem after spending several years under Microsoft's corporate umbrella and its Windows Phone platform that's now essentially in the process of being discontinued, having failed to capture any significant market share in recent times. Since the beginning of its mobile push, India was one of HMD's key target markets due to high handset adoption rates and the popularity of the Nokia brand in the country.